Michelin-starred Indian restaurant Gymkhana on Albemarle Street in Mayfair has been forced to close after a blaze ripped through the restaurant yesterday.

It took 60 members of the London Fire Brigade to get the fire under control yesterday afternoon, after it ripped through multiple stories on Albemarle Street. 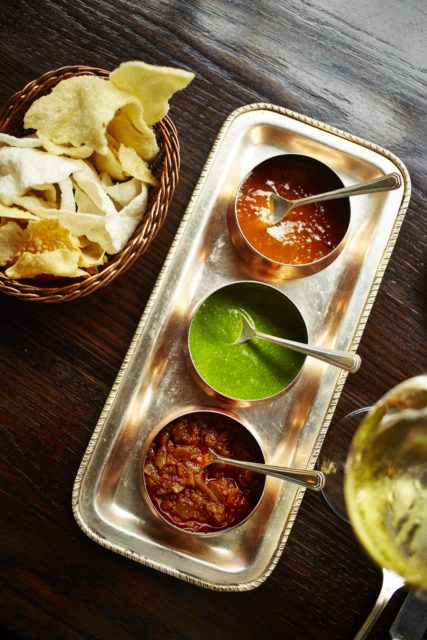 While the cause of the fire is not yet known, a statement from London Fire Brigade yesterday afternoon said: “Half of the ground floor kitchen and half of the ducting from ground floor to roof level is alight”.

The London Fire Brigade was called just after 4pm yesterday and sent out eight fire engines to put out the fire, with firefighters from Soho, Lambeth, Kensington, Euston, Paddington, Chelsea and Dowgate fire stations enlisted to tackle it.

A Gymkhana spokesperson later confirmed that there were no casualties from the fire, which too three hours to extinguish.

“We would lie to reassure the public that all staff and diners are safe. We are working with the London Fire Department to minimise all damage and prioritise the safety of the public and the surrounding area,” the spokesperson said.

Gymkhana is owned by the JKS restaurant group. It is not currently accepting bookings.

All existing bookings are either being re-scheduled or rebooked at other JKS restaurants, which include Hoppers, Bao, Bridgadiers, Bubbledogs, Xu, Kitchen Table, Lyle’s and Sabor. JKS restaurants is run by siblings Jyotin, Karam and Sunaina Sethi.