Some Scottish distilleries were forced to halt whisky production last year after the summer heatwave caused them to run out of water. 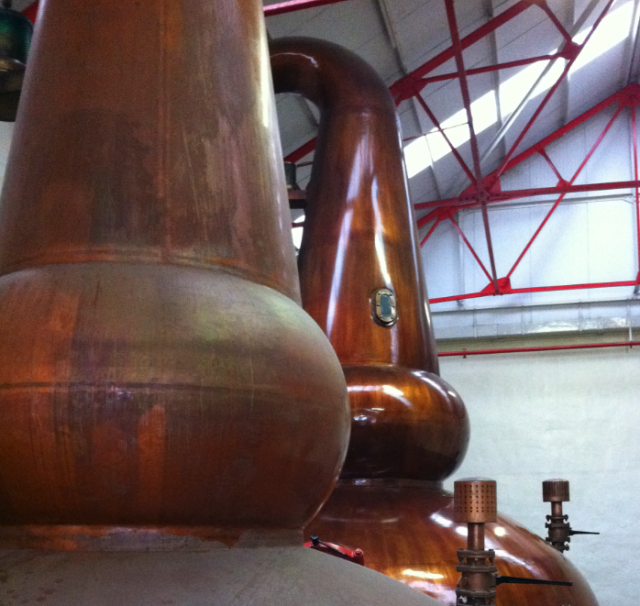 According to a report in The Guardian, water levels in springs and river in Speyside fell so low during the summer that some whisky makers lost up to a month’s worth of production.

Speyside distillery Glenfarclas told the newspaper it had effectively lost the whole month of September, as its private water source, a local natural spring, ran dry, and as result production fell by up to 300,000 litres.

“We lost the whole of September,” Callum Fraser told the paper, adding “We weren’t the only one, just the most vocal.”

Production was also halted at the Edradour distillery near Pitlochry in the Highlands, the newspaper reported, where owner Andrew Symington is planning to install cooling towers to mitigate any future problems of water supply.

According to The Guardian, the river Spey was 97% lower than its normal minimum level last year, and the last winter did not top it up to its normal levels. In July, the Scottish Environment Protection Agency (Sepa) highlighted that parts of Scotland – particularly the north-east – were on the highest level of drought alert, and Scotland was likely to experience  its driest 6 month period since 1984.

Sepa’s latest report for May 2019 shows the issue is not resolved, as groundwater levels remain below average for the time of year and at risk again unless there is higher than average rainfall. It said that although ground conditions and river levels in the north-west and Argyll had recently improved, if dry conditions returned, there would be a risk of of water scarcity again this summer.

As Fraser told the paper, “The water table hasn’t recovered yet, so it’ll be this year we see the full effect. We’ve still not had real rain yet.”

Climate and drought researcher Helen Gavin of the University of Oxford’s Environmental Change Institute told the newspaper extreme weather and droughts placeed stress on the environment and the economy, and messed up agricultural cycles, causing a “cascade” effect on yields, cost of production and ultimatley the price paid by consumers.

“It means if we take more water from the environment to try and save whisky, a farmer’s crop, or so we can still turn on the taps, it comes at a huge cost,” she told the paper.

A spokesman for the SWA told db that Scotch Whisky distilleries managed well last summer, but that more work needed to be done to achieve its longer-term environment strategy goals. “Industry sites often have shutdown periods over the summer months for essential maintenance and distilleries flexed these shutdowns as necessary to minimise the impact on the local water environment,” she said

“Looking ahead, there is more work to be done to achieve the goals set out in the SWA’s sector leading environmental strategy. The SWA will continue to work with Scotch Whisky producers, our supply chain, government and other stakeholders to ensure we continue to drive progress and deliver a sustainable future for Scotch.”

According to the Scottish Whisky Association, Scotch accounts for 21% of all food and drink exports, and generates around £5.5bn of gross value added (GVA) to the economy.