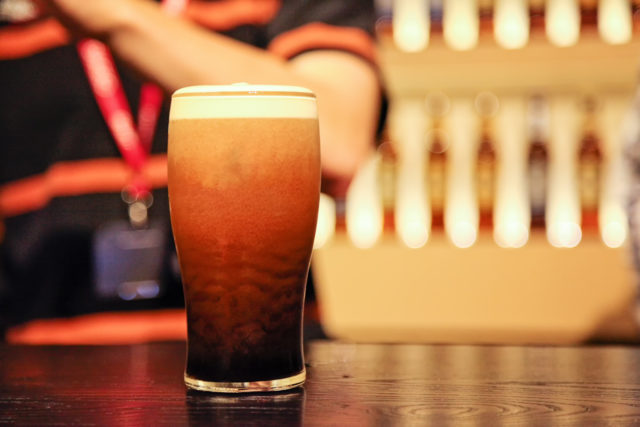 The controversial legislation, which was signed into law by Ireland’s president Michael D.Higgins in October 2018, is intended to severely restrict alcohol advertising in Ireland, in addition to introducing a mandatory health warning on labels for alcohol products, and enforce minimum unit pricing.

Ireland’s Minister for Health Simon Harris has already signed 23 sections of the legislation into law, which will gradually come into effect over the next three years.

One of the key tenets of the new law is introducing a structural separation of alcohol from other products in retail outlets.

This stands in stark contrast to a piece of legislation passed in 2007, which overturned a law that stipulated minimal pricing for alcohol – and discouraged discounting and promotions – naturally leading to a resurgence in this form of promotion-led marketing.

“I remember in Christmas 2018, seeing Lidl offer two bottles of whiskey for the price of one. There were stampedes and scenes of chaos in Dublin,” said James G. O’Connor, managing director of Green Acres, a restaurant and import business in Wexford.

“Yet there are many sections of the new Act which are proving very unpopular with companies, and not just the Irish ones. I think we are going to see legal challenges,” he added.

One of the most controversial stipulations involves alcohol advertising. From November 2019, advertising any alcoholic beverage on public service vehicles, public transport stops and stations will be prohibited. Advertising alcohol in cinemas is also restricted, unless the film has a 18 certificate.

However, in order to allow Ireland’s retailers and businesses to adjust to these unprecedented restrictions on alcohol distribution and advertising, several measures contained in the Act will not come into force until 2020 and 2021.

These include a blanket ban, due to be enforced in 2021, on advertising alcohol at sporting areas or events which involve minors.

“While the Irish import market is stable at the moment, it is expected to decline when the Public Health Alcohol Act is fully enacted although we believe that value sales will increase,” said Diego Talavera, international sales director, Gonzalez Byass

“Nevertheless, the Alcohol Act will reduce choice in retail channels and complicate logistics as importers will have to develop “Ireland-specific” labels which are required to include a cancer warning. This will be the first market in the world to introduce these kind of specifics on the label.”

As reported in Irish online publication ‘the journal,’ Heineken has been lobbying the Irish government to reconsider some of the more restrictive aspects of the new law.

The journal states that according to letters released under the Freedom of Information Act, Heineken Ireland is reported to have said that the law will make Ireland “one of the most restrictive countries in the world” for marketing and selling alcoholic beverages.

It is also alleged that Heineken has denounced the new legislation as having a “severe impact” on its marketing, by removing “all forms of creativity”.

Heineken Ireland employs more than 400 people across the country.