Liv-ex’s annual merchant survey of Bordeaux has named Lafite as the ‘wine of the 2018 vintage’ in a campaign many think could do better than the 2017s – at the right price. 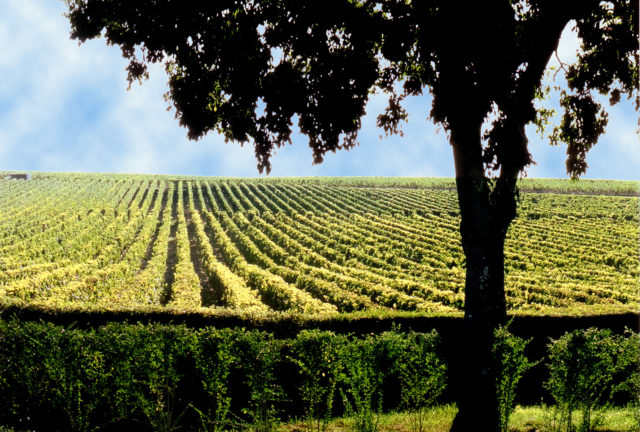 Every year Liv-ex asks its 430 members to give an appraisal of the latest Bordeaux vintage naming their favourite wines, those they think will represent the ‘best value’ (under £600 a case), how the vintage compares to other recents harvests, the expected level of demand and the sort of prices they are hoping for.

When it came to the top 10 wines of the vintage, first growth Lafite was placed first as it did in 2016, followed by a string of Right Bank properties: Cheval Blanc, Vieux Château Certan, Petrus (first place in 2017) and Lafleur, before Mouton Rothschild, Pichon Lalande, Calon Segur and Margaux strike back for the Left Bank, while Ausone and Haut-Brion found themselves in joint 10th place.

Wines expected to be under £600 per dozen and thus ‘best value’, saw Branaire Ducru in poll position and indeed it released yesterday at £462 so well within budget.

Not for the first time the question on the most disappointing wines turned up so many answers (179) – including wines that others pronounced among their absolute favourites – that no clear list was forthcoming.

The number of ‘disappointing’ wines was actually higher than the 169 mentioned last year and 136 for the 2016s which Liv-ex suggested “perhaps” pointed to a lack of consistency in the 2018s and certainly chimes with the talk of the vintage’s heterogeneous nature.

And what of demand from customers? Only 1% of respondents thought that demand would be “significantly” (20% lower) than last year – which would be difficult given the low engagement with the 2017s.

On the other hand, 69% of those surveyed thought demand would be greater than last year – but as always that would be heavily price dependent.

Given a ‘shopping basket’ of wines, merchants were asked to give prices they expected to see and in the end prices worked out as being 15% above the 2017s on average and 4.8% below the 2016s.

Merchants putting their thoughts to Liv-ex and indeed many that db has spoken to are clearly encouraged by many of the wines produced in 2018 and will get behind those that are well positioned but there’s a certain tentativeness as well, a wait and see given the slightly awkward pricing position certain estates have backed themselves into over the past couple of campaigns.

Still, there is not at all the pessimism that seemed to cloud the 2017s before that campaign had even got underway.

Questions of ‘greatness’ abound. The very best wines in 2018 are very clearly going to make old bones and, perhaps, despite some density and more muscular tannins than other vintages will unfurl into utter classics. But the lack of homogeneity has been much remarked on and this is not, it would seem, a vintage like 2009 or 2016 where most estates at any level could be bought with impunity.

Releases have begun a little sooner than many were expecting, given the earlier than normal Vinexpo this year, but perhaps an early, nicely paced and focused campaign will prove just the ticket?