How much are Brits willing to spend on low and no-ABV cocktails?

A new report has shed some light on how much cash UK drinkers are willing to part with for a low-ABV cocktail at the bar. 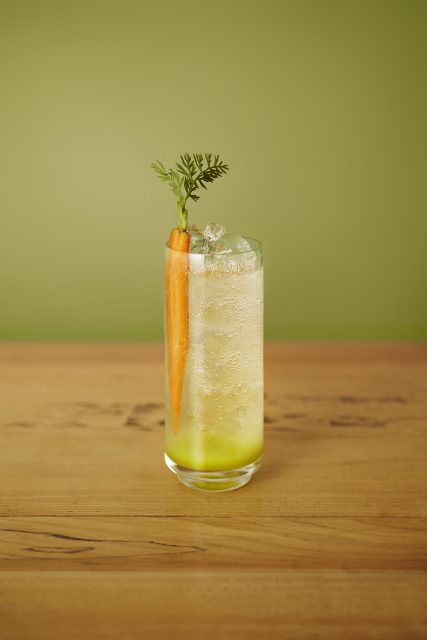 Monin’s trend report, which includes ideas for driving footfall, increasing dwell time and enhancing the overall customer experience, outlined the rough amount of money UK drinkers are willing to part with when they go out.

The syrup producer surveyed more than 1,000 consumers around the UK to get a clearer picture of how the country’s on-trade drinks habits have changed over the past 12 months.

The report features regional differences to help outlets get it right in their specific geographical location.

“By identifying the wants, needs and desires of consumers and compiling them in a tangible reference guide, we hope to give establishments the insight they need to create a menu that hits the right spot with their customers,” said Lee Hyde, Monin’s beverage innovation manager.

The average amount Brits across the country would spend on a cocktail in a bar is £5.78. Londoners, perhaps unsurprisingly, were willing to spend more with an average rate of £7.15.

According to the survey, one third of drinkers are willing to spend up to £6 on a non-alcoholic cocktail. Overall, 40% of people said they would spend over £4, with some willing to pay more than £10 for a low-ABV drink.

However, the majority of people said they would expect to pay just up to £3 for a sober serve.

Low ABV drinks as a whole are becoming more popular. Sales of non-alcoholic beer rose by almost 60% in the 12 weeks to 12 August, according to figures from Kantar Worldpanel, while an earlier report noticed a dramatic rise in the sales of low-ABV spirits.

This year, Diageo-owned gin brand Gordons is set to launch two flavoured, low-alcohol gin and tonics in bars and pubs, after the initial release of the pre-mixed drinks at supermarkets in June.

The rise in low alcohol beverage sales comes at a time when more consumers, particularly young people are attempting to go sober. A recent study by the Portman Group found that 24 % of British drinkers are keen to cut back on booze, rising to nearly a third (31%) for the 18-24 year old bracket, dubbed ‘Generation Sensible’.

Speaking at the launch of a report on the drinking habits of 18-24-year-olds by Red Brick Road and Opinium earlier this year, FT drinks editor Alice Lascelles said that bartenders now see it as a “badge of honour” to be able to create low ABV cocktails at the same level of quality as their alcoholic counterparts.

Johanna Gerhold, Google’s drinks industry head, added that, while many bars offer high prices for low ABV drinks, consumers are often actively looking for an option on par with others at the bar.

“They don’t want to be infantilised,” McConnell said. “They want to feel like they’re part of the same night out, just without the alcohol content.”