Saga Cruises and the Royal Navy have both chosen to christen their new vessels with English sparkling wine and not Champagne, with the former commissioning Kent producer Hush Heath to create its own-label fizz. 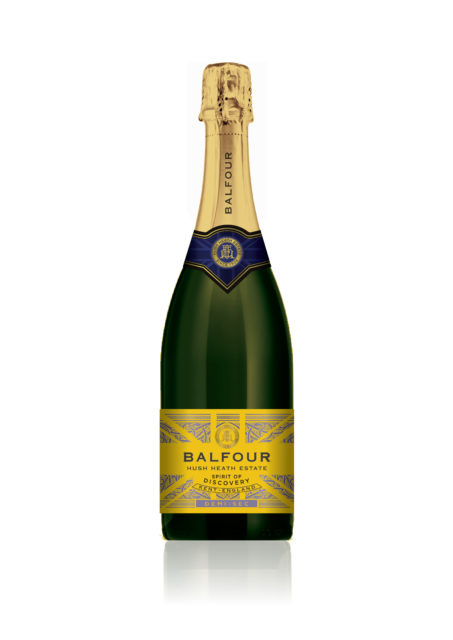 Commenting on the achievement, owner and founder of Camel Valley, Bob Lindo said: “It is a great honour to see a Cornish wine used for the naming of Tamar and we are delighted that Camel Valley ‘Cornwall’ Brut has been chosen as her affiliated bottle.

“I hope that Tamar sees many years of safe service with the Royal Navy and I look forward to us always playing a special part in the relationship between the ship, Truro and the rest of Cornwall.”

The moment #TAMAROPV became HMS TAMAR – she was officially named by pressing a button to smash a bottle of Camel Valley ‘Cornwall’ Brut against the hull – in recognition of the ship being affiliated to Cornwall. #Clydebuilt #Security #Prosperity pic.twitter.com/2cldi0YDSD

Meanwhile, Saga Cruises is also set to christen its new ship, the Spirit of Discovery, with a bottle of English fizz.

The British cruise line has teamed up with Kent-based Hush Heath to develop its dedicated own-label English sparkling wine that will be served on board.

The two companies have a longstanding relationship having worked together for many years. Called the Balfour Hush Heath Spirit of Discovery, the wine will be served alongside afternoon tea onboard the ship.

A Jeroboam of the fizz will also be used to christen the vessel in the Port of Dover on 5 July before it embarks on its maiden voyage around the British Isles on 10 July.

Saga Cruises’ chief operating officer, Nigel Blanks, said: “We are making history with our first new British cruise ship for the British market so it’s the perfect blend to christen Spirit of Discovery with her own beautiful sparkling wine.

“Spirit of Discovery is a luxury, boutique ship – everything is bespoke and that includes the English sparkling wine! Not only will this new blend be used to christen the ship – guests will be able to toast the ship again and again during their cruise!”

“Saga is very proud of its Kentish heritage. We have our headquarters in Folkestone and our first ship set sail from Dover over 20 years ago.

“We also source much of our fresh produce from the county and so the new Spirit of Discovery sparkling wine, made from grapes grown and picked in Kent, the Garden of England, is another exciting treat for our guests.”

Hush Heath winemaker, Owen Elias, added: “We wanted to produce a bespoke wine to mark such a wonderful occasion. It is a delicious sweeter wine with balanced acidity and a delicate mousse.”