In response to an article on the drinks business in January, veteran drinks marketer, entrepreneur and co-founder of Last Drop Distillers, James Espey OBE, presents the story behind Baileys with commentary from his late business partner, Tom Jago. 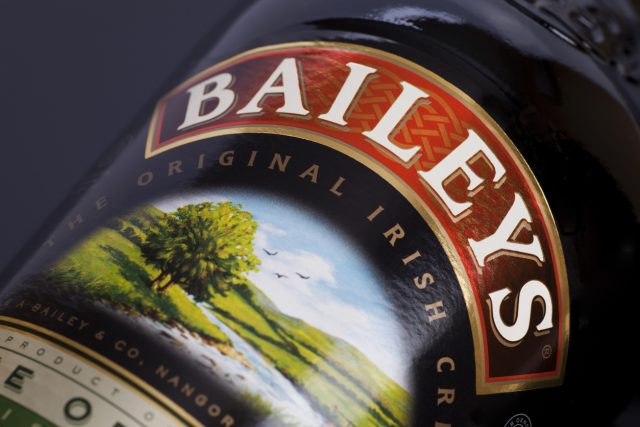 There is a well-known quote that “fame has many fathers and failure is an orphan”. Today Baileys is a 7 million case brand worth quite a few billion and an important part of Diageo but it was certainly not like that in the early days. Many people of course claim to have invented Baileys.

The primary driver behind Baileys was Tom Jago, the head of Innovation and Development at IDV (International Distillers & Vintners) which was the wine and spirit arm of Grand Metropolitan and making very little money – circa £10 million per annum in the mid ‘70s. Today it is of course half of Diageo, which speaks for itself.

I first met Tom Jago in the early ‘70s when I was working for Gilbey’s South Africa as the marketing director and was transferred to London at the behest of Sir Anthony Tennant (now sadly no longer with us) who, in his last formal role in life, was the chairman of Guinness PLC.

Tennant brought me to London to head up the first ever Global Marketing Division and to co-ordinate our activities around the world.

My main initial job was to build and drive Baileys Irish Cream which, at that stage, was showing promise but very much in its infancy. I arrived in May 1977 and do not claim to have been involved in its creation but was heavily involved in the late ‘70s and early ‘80s in the strategic drive to make it a global brand.

When I arrived in London, I was technically Tom Jago’s boss but we never had that sort of relationship. He was a maverick, innovative thinker and creative genius with wonderful vision but not at all a hard nosed businessman. We developed a wonderful complementary partnership which lasted 41 years, launching a variety of brands, including Le Piat D’Or, Malibu, The Classic Malts, Johnnie Walker Blue Label, Chivas Regal 18 and our final brand – The Last Drop Distillers Limited, which is now run by our daughters.

We never had a single argument and I was privileged to work with Tom, the man who deserves the real credit for Baileys.

Shortly before he died I asked him to set out the truth about Baileys and what follows in inverted commas is exactly what he wrote.

Baileys: The truth at last – by Tom Jago

“I am a lateral thinker, or as some would say, hopelessly disorganised. That is why, a short while after Jasper Grinling, managing director of Gilbeys, hired me as advertising director in 1963, he said, regretfully: “Tom, it’s no good; I have to replace you.”

However, he recognised that I had some good qualities; I was clever. And Jasper felt guilty for having hired me away from a perfectly good job in advertising. So he said, “I’ll give you £10,000 year to spend: go and invent some new products.”

This was revolutionary talk in those days. An old cellarman in Harveys of Bristol once told me: “The fault of the drinks trade, Master Tom, is INERTIA !!” Then, the only new drink in Britain was Babycham (brilliant).

So I hired two discontented copywriters from a big ad agency; David Gluckman from South Africa, and Hugh Seymour-Davies, Eton and Oxford. In-house we had Mac McPherson, our head chemist, and Steve Wilson, his assistant. We had plenty of lab facilities in our totally new installations at Harlow. Now all we needed was ideas.

For a while we faffed about with fizzy sweet drinks and various liqueurs, but we were only retracing well-beaten paths. Stimulus arrived from our finance director, Robin Gold. The brief was simple; we had a tiny drinks wholesale business in Dublin, which lost a little money each year. This was 1973. The Irish government, in a successful rush for growth, offered a fifteen-year tax holiday to anyone exporting a new product or service, freely remittable. We were to produce something that could profitably be exported.

The parameters were these. We owned the name and stocks of a small brand of Irish whiskey. A sister company owned a dairy plant in Cork; this plant had a waste product called cream*. That was it, apart from the fact that Gluckman had worked on the creation of a brand of butter, Kerrygold.

There is some discussion about what happened next. Certainly, we did no research at all. We spent a lot of time in country hotels and various bars and restaurants beating our brains out. We rejected a green liqueur made from carageenan, a form of Irish seaweed. I seem to remember that, during an exploration of New York bars, we fell upon a cocktail known as a Brandy Alexander, which gave us a steer in the right direction. But certainly David was the man who took the idea forward, and with Hugh, assembled not just the liquid (Irish whiskey, cream, sugar and chocolate), but the name (taken from Bailey’s Bistro, a tiny restaurant beneath their office in Greek Street, Soho, in London), and a label, almost exactly as it is to this day. We used the original whiskey bottle. Mac got over his first taste and rapidly produced a stable formula (although early bottlings tended to turn to sweet alcoholic butter in transit).

We carried out a few focus groups; every single person hated it. So we suppressed the results and went ahead with a pilot plant and trial production. Our groups owned a lot of pubs around London, so we went to a dozen. We gave them a case of Baileys and a tape recorder, and asked them to sell it at whatever price they chose, and record the reaction. It took about a week to sell out, sometimes at stupidly high prices; I remember being told of one pub where a police patrol car dropped in (presumably for some refreshing lemonade?), and tried Baileys. The three men drank an entire bottle – in small doses!

That was enough for us; we set about building a small production plant in Dublin, and sought out companies in the group who were sufficiently pliable to take our new baby. Of course no one wanted it; it was too oddball, not fit for gentlemen, or they had something like it already (Advocaat!). But Holland and Australia were losing money and glad to grab a possible lifeline. And of course, once the public tasted it, they bought it.

Our marketing was simple. A few simple ads to announce it to the trade press, and an intensive campaign of sampling.

Research followed later, to define the more sophisticated marketing strategy that soon followed when our unwilling associate companies woke up to the potential of the new brand.”

*Ireland, like all European countries, produced too much milk. Cream is in particularly serious oversupply. And you can’t throw it away. And, there is a limit to how much butter you can sell. The Irish welcomed any new way of getting rid of it. 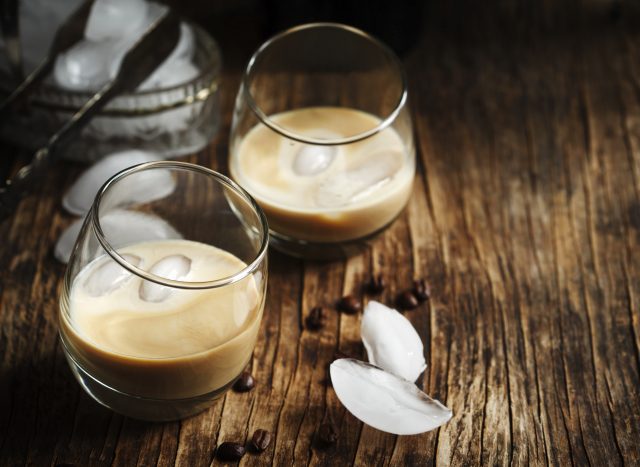 As Tom mentioned above, we were selling in Holland and Australia and also the UK but little elsewhere. However, we then got the brand listed in UK Duty Free and American tourists started discovering this unusual liquid and taking it back to the States.

David Dand, the boss of Gilbeys of Ireland became the global brand champion, very much supported by myself but of course always working closely with Tom. One of the problems we had was that Baileys was not stable but it was mixable, this all the more so in hot climates because cream and alcohol are not natural bedfellows and tend to separate. Working with our Harlow laboratory, we introduced a much more stable but non-mixable formula.

Tom, David and I had great faith in the future of Baileys, although sales were still a few hundred thousand cases per annum. Accordingly, we developed a plan to build a factory on the Naas Road just outside Dublin with a potential capacity of 3 million cases pa. We put the proposition to the board of Grand Metropolitan, requesting £8 million and were pleasantly surprised when it was approved.

We struggled to find a distributor in the US and I remember well the meeting with our agent when finally agreed to take the brand on. I made a bet with him that he would sell a minimum of 100,000 cases in the first year, versus his suggestion of 10,000. The rest is history. The brand took off and today 7 million cases per annum speaks for itself.

One of the most important controls we instituted was never to be frivolous in marketing Baileys, for we positioned it as a serious liqueur. What you did with it as a consumer was your business, but we wanted it to be taken seriously. It was also of sufficiently low alcohol for it to be advertised on television, which certainly helped.

Finally, as a light-hearted aside, during the early 1980s we even spoke to dairy farmers in Ireland about changing their calving season because we were worried about a shortage of cream.