With the rise in consumer demand for low and no alcohol drinks, beer giant AB InBev is converting wasted alcohol from its low and no-ABV beers into biofuel, combining two major trends in the drinks industry. 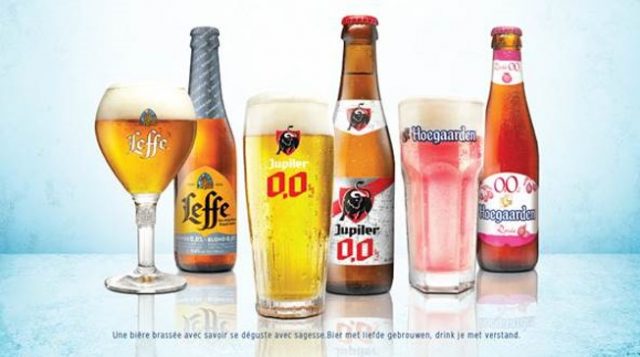 As demand for low alcohol drinks, beer in particular, has risen over the past 12 months, AB InBev’s European headquarters has struck a deal with a biofuel plant in Belgium in order to convert leftover alcohol from the brewing process into fuel.

Each week the brewer transports 75,000 litres of alcohol from the creation of its range of no ABV beers including Leffe Blond 0.0%, Hoegaarden 0.0% and Jupiler 0.0% – enough to fill three tanker trucks – from its European headquarters in Leuven to Alcogroup, a Belgian biofuel producer and one of the largest plants of its kind on the continent.

In the last 12 months there has been a surge in the production of and demand for lighter beers with lower levels of alcohol.

Alcohol has a lower boiling rate than water. Most mainstream low ABV beers are made by brewing the serve as normal, before it is heated up to that point and kept there until the solution is only 0.5 percent ABV. Before the boom in alcohol-free drinks, the alcohol was simply thought of as wastage, but with an increased production volume, brewers are looking for ways to make their process more efficient.

“We want to reuse as much as we can in the circular economy,” David De Schutter, Research and Development Director for AB InBev in Europe, said.

There are a number of challenges involved in making the residual alcohol “interesting for Alcogroup” Yleni De Neve, AB InBev’s European environment manager, said. “We had to work on stabilising the process.”