As premiumisation continues to drive product launches in the spirits sector, a Yorkshire-based gin distillery has started selling a caviar-infused gin at £100 per bottle. 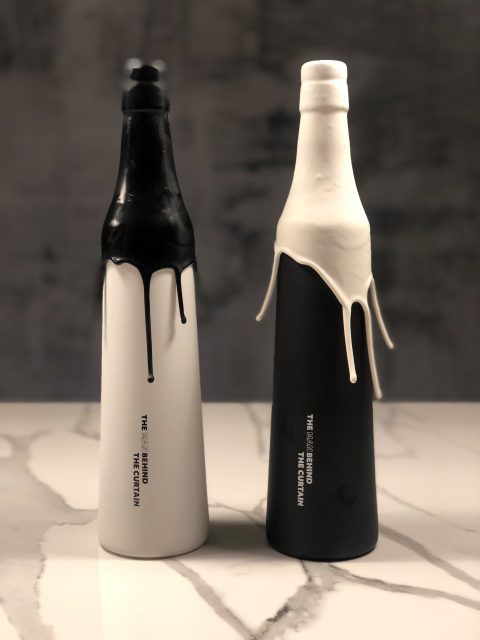 Adding to the roster of weird and wonderful infused gins available in the off-trade, Slingsby has collaborated with the team at Leeds-based Michelin starred restaurant The Man Behind the Curtain to create the serve, which is infused with botanicals grown in Harrogate, as well as more unusual ingredients including plankton and Exmoor Caviar

The gin, described as “savoury, unique and deliciously bold”, will be served at The Man behind The curtain with Lillet-Blanc as an extravagant twist on a classic Martini, Vichy Catalan tonic as a G&T, and will also be served as a semi-fredo with lemon.

Priced at £100 per bottle, a limited number of bottles will be available to purchase in the restaurant.

Start and finish .. on the left veal sweetbread slider in XO sauce.. on the right raspberry and chocolate macaroon with crispy tarragon

The Leeds-based restaurant, opened in 2014 by chef Michael O’Hare, is well-known locally for its avant-garde interiors and contemporary cuisine, serving dishes such as veal sweetbread sliders.

Slingsby is not the only distillery experimenting with food infusions. In 2017 London-based Portobello Road Gin released a what it claims is the world’s first ‘pechuga’ gin, an expression distilled with an organic turkey breast.

Created by master distiller and director, Jake F Burger, the pechuga expression takes its name from the distillation process employed by mezcal producers, whereby a chicken or turkey breast (pechuga in Spanish) is suspended over the still. It cooks in the hot vapours, flavouring the resulting spirit at the same time.