Though it has a population smaller than Piers Morgan’s follower count on Twitter, New Zealand has the potential to become a global craft brewing powerhouse, with an estimated value of over $2.3 billion (£1.2 billion). 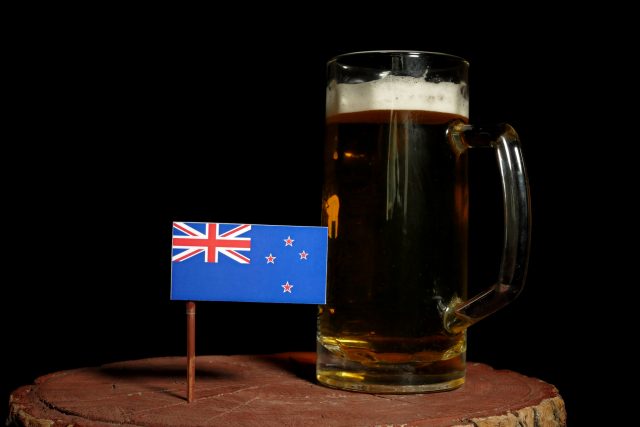 There are now 218 breweries in New Zealand, according to a report by the New Zealand Institute of Economic Research (NZIER). Since 2008, the industry has grown by an average of 16% per year in terms of brewery numbers, according to the report, which found that these businesses provide a “significant” contribution to the NZ economy.

“In the past few years we have seen a lot more excitement about beer and the growing range of styles and taste experiences it offers consumers,” Dylan Firth, the executive director of the Brewers Association of New Zealand, said.

“But to acknowledge what the industry contributes in an economic sense is important too.”

In 2010 there were just five craft breweries with a an economic output of just NZ$3 million, according to a report by Grow Wellington.

Stu McKinlay, the founder of New Zealand-based craft brewer Yeastie Boys, told the drinks business that the nation’s own rapid growth came as a result of a “dearth of choice that existed in the existing market when microbrewing (and laterly ‘craft beer’) kicked off.”

“NZ hops, which are delicious and unique, also played a big part in the excitement. Beer suddenly had flavour that was worth talking about.”

While the sector’s GDP contribution pales in comparison to the UK, where Scotland’s beer and pub economy alone is worth £1.6 billion, New Zealand’s growth as a brewing nation is “a mightily impressive feat” considering its size, freelancer beer writer James Beeson told the drinks business.

Unlike the New Zealand’s wine market, the brewing industry is largely focused on domestic consumers. Just 10% of New Zealand’s beer is exported, compared to 70% of wine, according to the report. Tourists spent $242 million on local beers when they visited NZ last year, which Firth said indicated that the country has “a growing reputation internationally as a beer tourism destination.”

However Beeson, who left his reporting role at UK publication the Morning Advertiser to work at a NZ brewery last year, said that local businesses are stuck in a “Catch 22 situation” as they may struggle to compete in a saturated international market.

“I think this is a bit of a Catch 22 situation for NZ breweries,” he said.

“On the one hand obviously the local market is always going to be hugely important but with such as small native population base I think it’s hard for a brewery in New Zealand to gain a truly global reputation without focusing on growing their export market.”

In the UK and US there are already signs that the craft beer industry is becoming saturated. A total of 430 new breweries opened in the UK in the year ending 31 December 2017, according to UHY Hacker Young. This represents a slowdown from 2016, which saw a record 520 new brewery openings, reflecting fears that independent brewers “have been hit by rising ingredients costs caused by a slump in the pound”.

Similarly, McKinlay said he thinks that the export of beer in general is “a dying market.”

Yeastie boys, which was launched in New Zealand in 2008, now also produces beer in Australia and the UK.

“The reason for brewing in market is that I think the export of beer, in general, is a dying market… or at least quite unsustainable,” he said.

“What we’ve seen in virtually every export market is a good start – for a year or two – and then a gradual decline as the local craft beer market matures and locally brewed beer becomes a much better value proposition for customers.”

Beeson said that, while the future of craft beer is “inherently local”, NZ brewers who wish to grow their exports will need to differentiate themselves from the rest of the market with “high end products with longer shelf lives.”

“These are the products that are going to sell over in the UK, and will be able to command the price point that imported pales, lagers and IPAs won’t be able to by comparison.”

McKinlay, on the other hand, thinks strong partnerships and investments are the key to growing exports.

“Most importantly, they need to be very realistic about how much potential there is there and what they’re looking to gain from it.”