Gerard Basset OBE, the esteemed Master Sommelier and Master of Wine who contributed immeasurably to the wine trade over the course of his 30-year career, has died after a long battle with cancer.

Basset was diagnosed with cancer of the oesophagus in 2017 and underwent a course of chemotherapy before undergoing a major operation in February 2018. Sadly, in July, it was confirmed that the cancer had returned, and in November, he was given a terminal diagnosis and a 6-12 months life expectancy.

He died this morning (16 January).

His wife, Nina, said: “Whilst we are devastated to have to say goodbye to Gerard for the last time, we draw strength from the kind messages that we have already received from the many people whose lives he touched.

“He fought a brave battle against cancer and we are comforted that he died at home surrounded by his family and that he is now at peace. Both Romané and I are profoundly grateful for the support we have received from our friends across the world, including the many in the wine and hospitality industries and to know that Gerard was so loved by all those who knew him.”

One of the most decorated wine professionals of his time, having achieved the letters OBE, MS, MW, MBA, OIV, MSc after his name during the course of his career, Basset was known for his generosity of spirit, kind nature and dedication to supporting the next generation of sommeliers. He remains the first, and only, individual to hold the Master of Wine qualification simultaneously with the Master Sommelier and MBA Wine Business qualifications.

Reacting to news of his death today, Jancis Robinson MW tweeted: “A moment of quiet reflection and a long period of respect is in order for what can truly be called a tragedy for the wine world: the loss to cancer earlier today of Gerard Basset, world’s best sommelier in 2010 and a mentor and example to so many.”

The Court of Master Sommeliers, of which Gerard was a former president, said: “Words cannot express how saddened we are to hear of the passing of our former President and friend Gerard Basset MS, MW, OBE. He has been a mentor and inspiration to so many, a shining example of courtesy, humility and professionalism that we all should aspire to.”

Wine writer Robert Joseph added: “This morning, Gerard Basset, one of the brightest and best members of the global wine scene died. Born in France, but with a naturalised British passport, he embodied open-mindedness and generosity. Qualities to treasure and remember in the increasingly fractured world of today.”

Born in 1957, Basset arrived in the UK from France in the 1980s, having originally trained as a chef, but quickly discovered a taste for wine and switched his focus to becoming a sommelier. Basset’s career really took flight in 1988, when he became head sommelier at the Michelin-starred Chewton Glen in the New Forest, Hampshire. He earned his Master Sommelier qualification in 1989 and became an MW in 1998. In 1994 he co-founded the Hotel du Vin chain of restaurants, which grew to six hotels before it was sold to Malmaison for £66 million. Here, many a top sommelier cut their teeth, under the guiding hand of Basset.

In 2007, Basset opened the renowned wine-focused TerraVina, a boutique luxury hotel in the heart of the New Forest, in Hampshire, with his wife, Nina. After many years of success, becoming a wine destination for enthusiasts around the world, last year the couple scaled the business back to a bed and breakfast (Spot in the Woods), as Basset’s health deteriorated.

The sheer number of accolades received by Basset over his near 40-year career speaks volumes on his talent and dedication to the wine industry, but also the high regard in which Basset was held by his peers.

In 2010, he won the World Sommelier Championship, which was followed by an OBE in the 2011 Queen’s Birthday Honours for services to hospitality. In 1997 he received the ‘Medal of Saint-Etienne’ from his hometown in France.

In January of last year, Basset was honoured with the ‘Ordre du Mérite Agricole’ for his work in supporting the French wine industry at a ceremony in London.

The occasion was particularly poignant for Basset who was determined to attend between treatments. At the time, he said: “While I owe much of my success to my beloved, adoptive country and I am very proud to hold dual French and British nationality, I never forget that I was born and raised in France, so it is an enormous privilege to be bestowed with this commendation.”

He was also former director of the Court of Master Sommeliers Europe and in 2017 served as honorary president of the WSET (Wine & Spirit Education Trust). In 2014 Asia-based luxury hotel group, Shangri-La Hotels and Resorts appointed him as the group’s first wine ambassador, and he previously represented the French Wines with Style campaign in the UK. 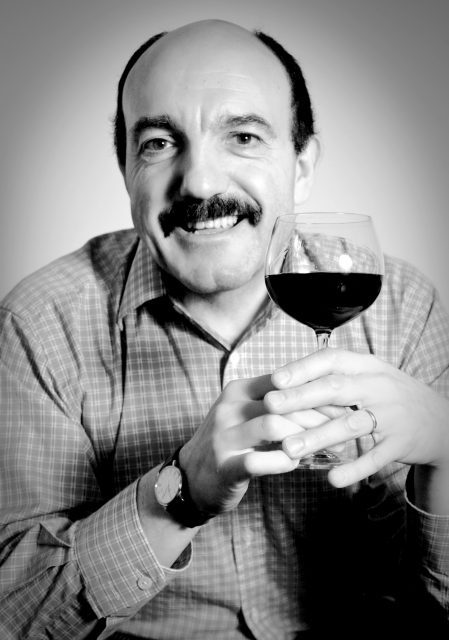 Over the years, Basset has been responsible for nurturing the careers of many great sommeliers, including Ronan Sayburn MS of 67 Pall Mall, winemaker Franck Massard, who is also godfather to Gerard and Nina’s son Romané, and Xavier Rousset MS, co-owner of Burgundy specialist Cabotte and Blandford Comptoir in London, to name just a few.

Paying tribute to Gerard, Christine Parkinson, wine buyer at Hakassan, tweeted: “No-one gave more or was such a great inspiration to the rest of us.”

Sonal Holland MW, India’s only Master of Wine, added: “The wine world has lost a truly gentle, intelligent and a magnanimous soul. Gerard Basset, Master Of Wine, Master Sommelier and the Master of all kind words, you have left behind a huge legacy and a big void that may never fill. Huge respect and lifelong respect for my friend and mentor to many. Rest in peace.”

Gerard is survived by his wife Nina and son Romané.

As confirmed by the family, a small, private funeral will take place and later in the spring a memorial service will be held in London, details of which will be released in due course. Messages of condolence can be sent to inmemoriam@culturalcomms.co.uk.

For more on Basset’s outstanding contribution to the wine trade, and his work in supporting and nurturing the next generation of sommeliers, click here to read our last interview with him, conducted in the autumn of last year.