Is recreational cannabis use hurting the alcohol industry in the US?

Analysts have warned that legalised cannabis will cause thousands of people to move away from alcohol, but a new report from the US’ spirits sector claims it might not be as harmful to the drinks industry as we think. 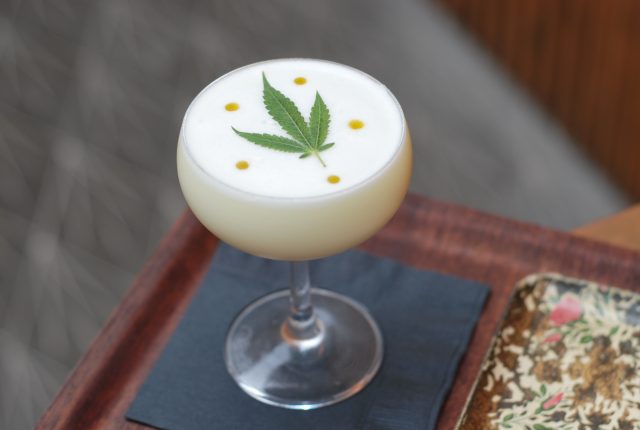 Sales of distilled spirits have not been impacted at all in the three US states where recreational cannabis has been legal for the longest period, according to a study by the Distilled Spirits Council.

The DSC’s study analysed per capita alcohol sales in Colorado, Washington state and Oregon for the two years prior to cannabis legalisation, and then up to 3-4 years after the laws were passed in each state.

“Simply put, the data show there has been no impact on spirits sales from recreational marijuana legalization,” David Ozgo, the DSC’s chief economist, said.

Ozgo added that there is “a lot of misinformation” about the impact of recreational cannabis on the wider alcohol market.

Per capita spirits sales increased between 3.6% to 7.6% in all three states since legalisation came into effect.

However, per capita beer sales had declined between 2.3% and 3.6% in every state.

Ozgo said this decline was in-line with the overall drop in beer sales across the US, and was “not isolated to just those states that have legalised marijuana sales.”

When it came to wine, the rate of sales was mixed. Colorado’s wine sales rose by 3.2%, while Oregon rose by just 0.7%. Sales in Washington state fell by -3.1% during the same period.

Colorado was the only state where overall alcohol consumption rose, with sales up by 1.7%. Washington and Oregon’s sales declined by 0.2% and 0.3% respectively.

Both Washington and Colorado’s lawmakers legalised cannabis use in 2012, with the new law coming into effect in 2014. Oregon’s legalisation came into force in July 2015.

Some 9 US states and Washington DC have legalised recreational cannabis to those aged over 21. Medical marijuana is legal in another 30 states. Since the laws in have been relaxed in the states a number of drinks firms have invested in cannabis startups and begun to develop products infused with the drug.

A recent report on the sales of cannabis-infused food and drink products, jointly published by two of the sector’s research firms Arcview and BDS Analytics, found that the industry has great potential for growth.

It revealed that ‘edibles’ sales are on track to reach more than $4.1 billion by 2022, with spending on the category reaching $1 billion in 2017 in the United States and Canada

Last year, Rabobank’s beverages analyst Bourcard Nesin warned that wealthy middle-aged women, the biggest consumers of wine in the US, are particularly susceptible to turning away from booze and towards marijuana.

Around 34% of women, 56% of baby boomers and 67% of those who earn over $50,000 (£35,000) said their cannabis consumption would increase if the federal government legalised it, according to a 2017 poll by Yahoo News. This demographic is also the most likely to consume wine.

Nesin told RaboResearch: “It makes sense that older, wealthier consumers would see the largest bump in marijuana use after legalisation. These individuals conceivably have the most to lose (like mortgages or high-paying jobs) if caught using/possessing illegal drugs.”

Marijuana could also appeal to health-conscious consumers, almost 80% of US consumers believe it’s safer than alcohol, according to the poll.

Analysts within the burgeoning cannabis sector have warned that drinks firms must think carefully about how they market their products to avoid losing out in a new consumer landscape.

“It can be very tempting to see cannabis and alcohol as a black and white issue,” Jessica Lukas of BDS Analytics told the drinks business last year, “but the market is far more nuanced than that.”

Just over 70% of cannabis users are also drinkers, according to the BDS’ research.

Lukas said that drinks firms should think carefully about when and why their products are consumed, as these could well be opportunities for cannabis manufacturers to steal the limelight.

“Say you’re sat on the sofa watching Netflix with your partner at home,” she said. “Traditionally you’d see this as an opportunity for a bottle of wine or a beer, but this is where cannabis comes in.”