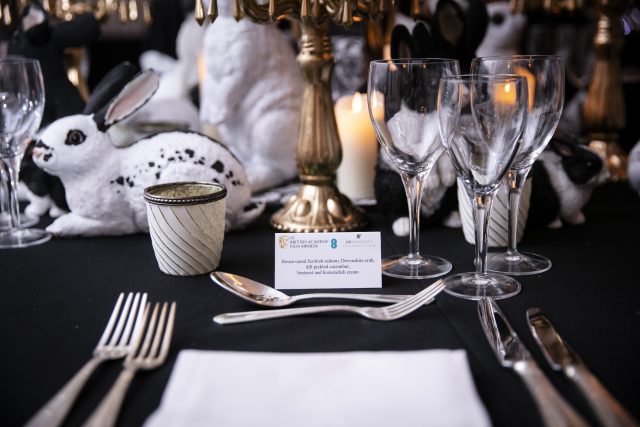 After a very well-received debut last year, Joanna Lumley is returning to compere the awards this February. Lumley, made waves in the world of wine co-hosting fizz documentary Absolutely Champers in December 2017, and she’ll be pleased to know the fizz will be in free flow again this year.

While the awards are hotly contested, the only thing we’re really interested in is the food and drink.

This year, the menu has been curated by BAFTA’s own head chef Anton Manganaro in collaboration with Paul Bates, the executive head chef of Mayfair’s Grosvenor House Hotel. Last year, the kitchen team introduced a vegan option for guests for the first time, and this year the vegetarian option is once again entirely plant-based.

BAFTA held its own pre-party for media foodies on Monday 28 January, offering a rare insight into the partnerships with Academy nurtures with food and drinks labels around the world.

Keep scrolling to see exactly why you should feel the FOMO next month. 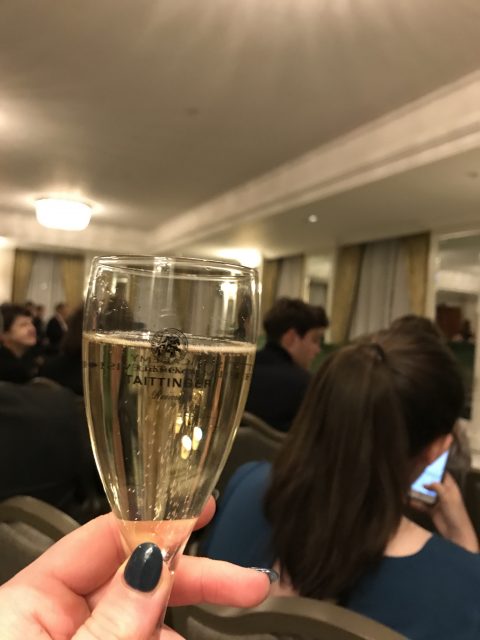 Kicking off the 17th year of its Champagne partnership with the Academy, Taittinger will provide the aperitifs for the event.

Villa Maria, meanwhile, has shaken up its wine offering ever so slightly this year. Last year the NZ producer supplied a Pinot Noir and Sauvignon Blanc for the event. This year, it’s a Pinot Grigio made from grapes grown in Gisborne, Waipara and Malborough, and a Merlot/Cabernet Sauvignon, which is produced at the brand’s winery in Hawkes Bay. 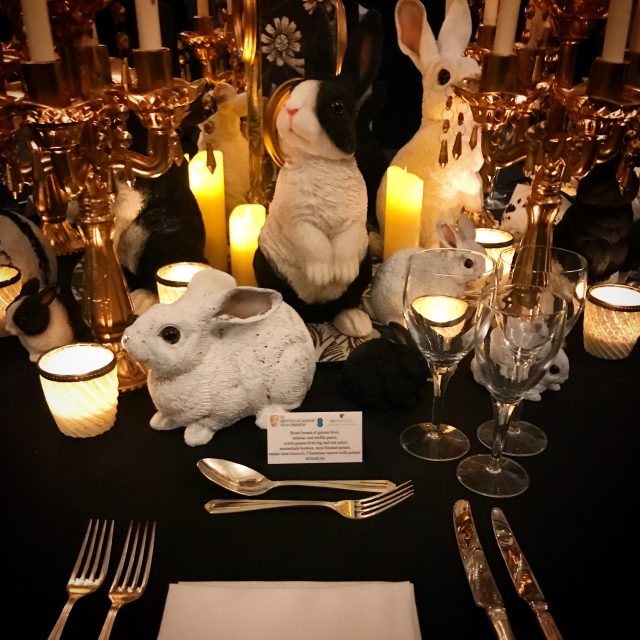 The events team at BAFTA have taken inspiration from one of the most talked-about films of the year, The Favourite, for the table décor. 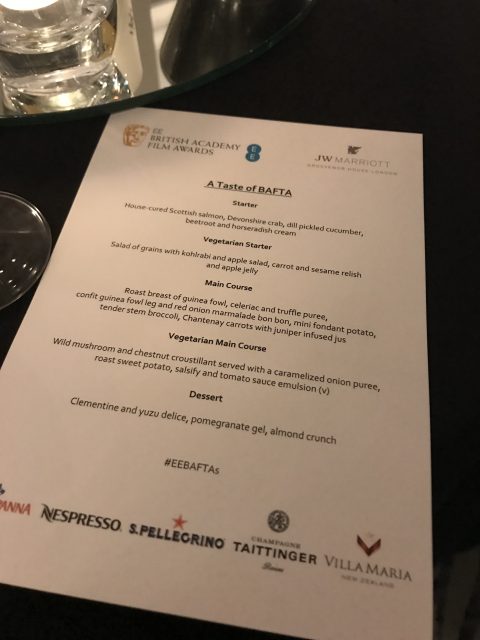 Veganism was one of the hot trends of 2018, and it shows no signs of slowing yet. Once again, the team at the Grosvenor House have created a plant-based vege option to ensure everyone is happy.

On the menu this year for the vegans is a grain salad with Kolhrabi (a turnip-like root vegetable of German descent), apple, carrot and sesame relish, and an apple jelly.

It did look rather tasty on the night… 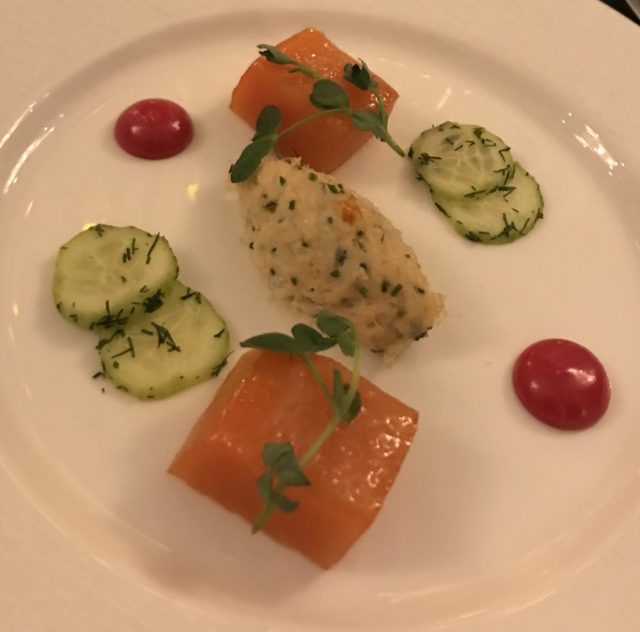 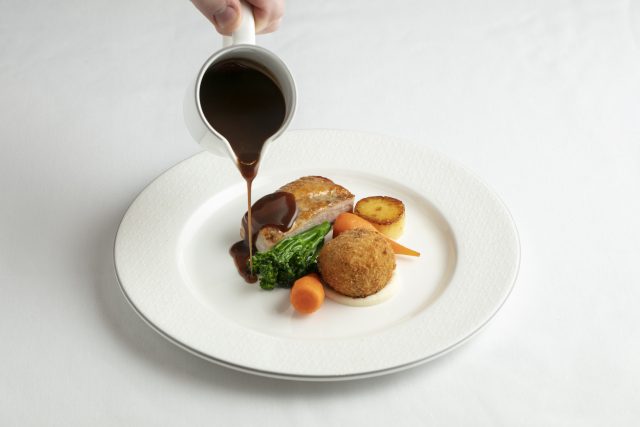 Onto the next course. This year, the main is slightly lighter than before, with the chefs opting for guinea fowl two ways; roasted breast and a confit leg bon bon. In the interests of keeping it classy, the celeriac purée is combined with truffle, and the meat will be served with mini a fondant potato, tenderstem broccoli and Chantenay carrots, the fanciest of the British vegetables, all washed down with a juniper-infused jus. 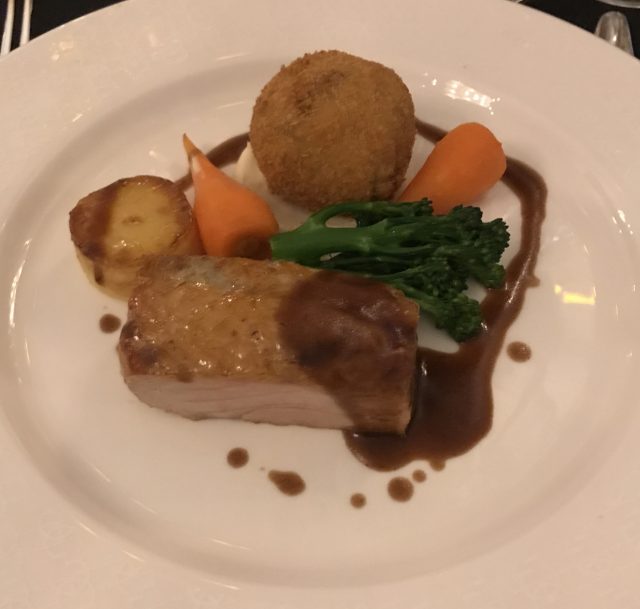 Last year, the chefs went heavy on ginger and coriander to bring the light, pan-fried bok choi vegan option to life. This year, the vegans will get a slightly heavier wild mushroom and chestnut croustillant with caramelised onion purée, sweet potato, salsify and tomato emulsion.