Fuller’s sells beer and distribution business to Asahi for £250m

UK brewer Fuller’s has sold its entire beer business, which includes flagship brand London Pride and the historic Griffin Brewery, to Japanese drinks group Asahi in a deal worth £250 million. 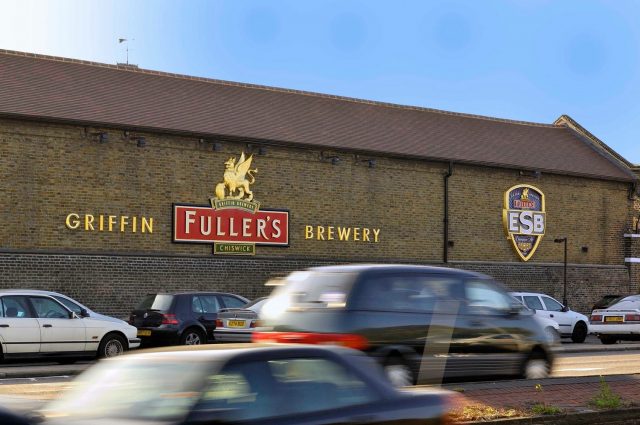 The deal, which is expected to be completed in the first half of this year, includes Fuller’s entire brewing operation in addition to its brands Cornish Orchards cider, Dark Star Brewing and Nectar Imports, wine wholesaling enterprise and drinks distribution network.

“The Board welcomes the fact that Asahi also upholds Fuller’s key values of a genuine commitment to brewing excellence and has a proven track record as a long-term steward of iconic brands making them an ideal strategic partner to the Fuller’s pubs and hotels business in the future”.

The sale means that Fuller’s will be solely a pub and hotel operator. This, the company states, is the “core of the business” and generates 87% of its operated profits. The deal will provide “significant capital to accelerate investment in the premium pubs and hotels business both organically and through future acquisitions”.

The statement also noted that following the deal, Fuller’s and Asahi would form a “strategic alliance” whereby Asahi acts as a “key supplier” to Fuller’s pubs and hotels.

Simon Emeny, chief executive of Fuller’s, commented: “This deal secures the future of both parts of our business including protecting the heritage of the Griffin Brewery in Chiswick, which was particularly important to the Fuller’s Board. We remain incredibly proud of the Fuller’s beer business, its history and the high quality premium beer and cider portfolio that we have developed. Brewing has formed an integral part of our history and brand identity, however the core of Fuller’s and the driver of our future growth is now our premium pubs and hotels business.”

“I am delighted that this transaction maintains Fuller’s long association with the beer business and that we will continue to enjoy a strong relationship with Asahi as a key supplier. We look forward to continuing our alliance and developing a mutually beneficial partnership that will see both businesses flourish in the future. Asahi, as a company recognised for brewing excellence, is an appropriate custodian of our rich brewing history and the Griffin Brewery, and will ensure the Fuller’s Beer Business brands will reach an even wider global audience.”

The terms of the deal state that Fuller’s will retain ownership of its trademarks, but Asahi will be granted a licence to use some of them, including the Fuller’s name, logo and cartouche.

Between £55 million and £69 million from the net cash proceeds will be distributed to shareholders, with share prices rocketing by as much as 25% this morning following the news.

Akiyoshi Koji, CEO of Asahi Group Holdings, Ltd, added: “We have long admired the brewing business and exceptional beer brands that Fuller’s has built over the years and the high degree of respect it commands throughout the global beer industry. Fuller’s is one of the few brewers that show the same genuine commitment to brewing excellence and quality that we do.

“We strongly believe that the brands of the beer business, including London Pride, Frontier and Cornish Orchards among others, complement our premium portfolio in the UK market. In particular, London Pride is a fantastic brand with an illustrious heritage dating back to the 1950s and we are excited about its untapped international potential which Asahi has the scale and global network to unlock.”

The statement noted that most current staff members will be kept on following the acquisition, but noted that following the consultation process, “certain employees may not have a role with Asahi”. Redundancy proposals for these employees “will reflect the valued contribution” to the business over the years, the company noted.

The news has come as a shock to the trade, and has proved unpopular with many people.

Beer writer Roger Protz tweeted that he was “completely dumbfounded” by the news, while fellow writer Melissa Cole added: “Well, that’s a hell of a way to end the week…I’ll be honest and say I did not see this coming and I am extremely conflicted about it”.

Commenting on the news this morning, the Campaign for Real Ale chairman, Jackie Parker said: “CAMRA is always concerned about any consolidation in the brewing industry as it could result in a reduction in choice, value for money and quality for beer drinkers. We’re also wary of one company increasingly controlling a larger and larger share of the market, which is seldom beneficial for consumers”.

“Fuller‘s has been a family brewer in Britain for more than a hundred years, and it’s a very sad day to see such a well-known, historic and respected name exit the brewing business.

“It would be very disappointing to see the character of Fuller’s beers change as a result of the deal. While the Fuller’s family has stressed it has sought to protect the heritage of the Griffin Brewery, we’d call on the new owners to pledge to continue brewing operations at the Chiswick site as well as show a commitment to not only continuing cask beer production, but to preserve the full range of Fuller’s, Dark Star and Gale’s beers.”

While some social media users praised the “major investment to help a company grow both domestically and globally”, others argued that the company’s heritage as a brewer was more important and hoped that both the quality of the beers and operations at its historic Chiswick site would be preserved.

Some were less generous, with one social media user writing: “Breathtakingly bad. Really can’t think of an eloquent response to this so will have to settle for sod the lot of you”.

Fuller’s, or to give it its full name, Fuller, Smith & Turner plc, was established in 1845. Brewing has taken place at its historic south west London site since the late 1600s, with the Griffin Brewery itself acquiring both its name and emblem in 1816 when it was under the stewardship of brothers Douglas and Henry Thompson.

The company’s founding fathers John Bird Fuller, Henry Smith and John Turner gave their names to the business and descendants from the Fuller and Young families still work at the company, the Smith line having died out.

Known for its flagship brews, London Pride, ESB and 1845, Fuller’s has almost 400 tenanted and managed pubs and hotels in an area which stretches from Brighton to Bristol, although around 174 sites are located inside the M25.

In October 2016, Asahi completed its £1.3 billion acquisition of Miller Brands UK, giving it control of beer brands Peroni, Grolsch and London’s Meantime. It has operations in the Netherlands, Italy, the UK, France and Canada.

The now Tokyo-based drinks group was founded in 1889 when it was called the Osaka Beer Company. It is known for its Asahi Super Dry lager as well as Asahi Draft lager and Asahi Gold brands.

Alongside news of the deal, Fuller’s also posted its trading update for the 42 weeks to 19 January 2019. Like for sales at its managed pubs and hotels rose 4.7% over the period and by 2% at tenanted pubs. Its total beer and cider volumes remained the same.