A fire broke out at the Mount Gay Distilleries in Barbados yesterday, with the blaze burning 150,000 gallons of alcohol in a storage tank before being brought under control by the local fire services.

The Rémy Cointreau-controlled rum brand confirmed that there had been a blaze at its St Lucy site yesterday (16 January).

The Barbados fire service received a call at 2:18pm local time after reports of an explosion.

Deputy chief fire officer Henderson Patrick told local media: “Arriving on the scene we discovered that it was an alcohol tank that was involved in the fire. The tank normally holds around 300,000 gallons of alcohol and we were informed that it was about half-full”.

In extinguishing the fire, the firefighters ruptured the roof of the tank to allow the flames to escape before applying alcohol resistant foam. 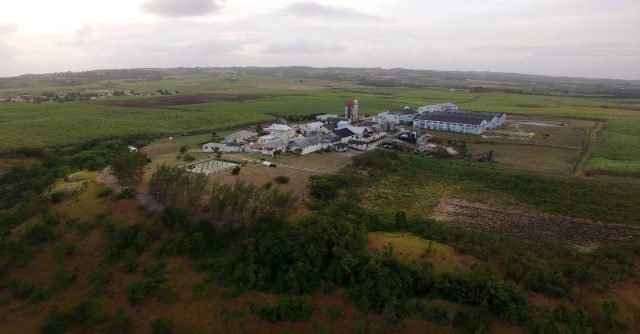 Patrick added that two people were sent for medical attention as a precaution. While an investigation is currently ongoing as to how the fire broke out, he suspects that individuals working near the area may have contributed to the blaze.

In a statement released later that day, Mount Gay confirmed that the fire was out.

“Earlier today a fire occurred at our distillery home in St. Lucy, Barbados. We’re happy to announce that there were no injuries and the fire was extinguished,” it said.

In recent years, the rum producer, which began operations in 1703, has been expanding its range of premium expressions using its reserves of aged spirits. In 2018 it released the first bottling of its Master Blender Collection – a limited-edition, peat-smoked rum called XO, a blend of column and pot still rums that have been matured for eight to 15 years in American oak barrels.

In 2015, it acquired a 134-hectare plantation in Barbados in order to produce a single-estate, “terroir” rum.