Shoemaker Rob McAllan has partnered with The Macallan to release a limited edition series of men’s loafers in the US, “inspired” by the Scotch whisky brand’s ‘Rare Cask’ expression. 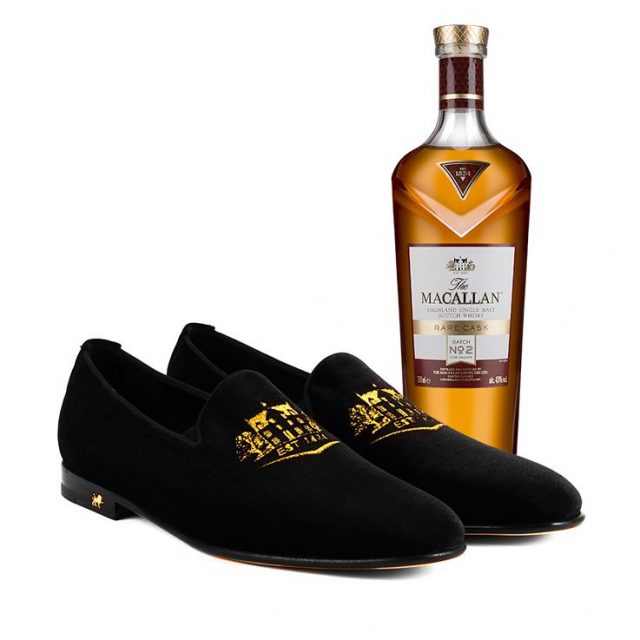 This is not the first time a whisky brand has tried its hand at fancy footwear. Back in 2015 Johnnie Walker partnered with Oliver Sweeney to create a pair of (hideous) Oxford brogues that could (barely) conceal a miniature bottle in each heel.

Talisker likewise partnered with Oliver Sweeney on a pair of hiking boots, the left shoe having a small pouch to hold a 2oz flask (for whisky presumably).