UK-based courier CitySprint launched a specialist keg and barrel delivery service to allow small bars and microbreweries to re-stock their fridges last-minute as the Christmas party season gets underway. 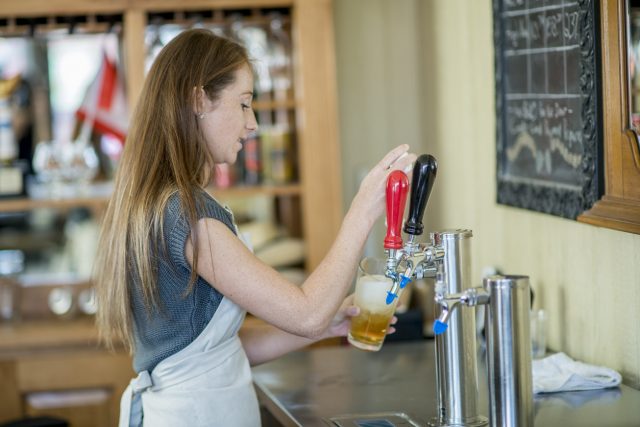 The new dray service, launched earlier this year, comes on the back of a more than 200% boost in revenue for the courier from the food and beverage sector in 2017, CitySprint said.

The company’s dray couriers are expected to make another 500 deliveries over the festive season peak, which lies between 17th December and 1st January.

The service allows specialist couriers to deliver to locations, or at times, which traditional large-scale deliveries are unable to reach. This includes festivals, pubs or venues that require ‘just-in-time’ deliveries to meet demand, as well as venues that are harder to reach, and microbreweries or tap bars that are reliant on secondary delivery when dealing with smaller volumes.

CitySprint has a regional network of 41 service centres across the UK.

“We’ve already seen a big uptake in smaller retailers and microbreweries needing ad hoc deliveries to different venues such as short-term bars and sales sites located around viewing screens and public spaces; we anticipate seeing more of this in the coming years. This service is focused on fast, flexible and ad hoc top-up deliveries that can help our clients better meet the needs of their customers.”

The company has expanded its offering on the back of the surge in independent breweries operating in the UK in recent years.

The number of new trademarks registered in the UK for beer brands rose by 20% in 2017, to a record high of 2,372, up from 1,983 the previous year, according to research by City law firm RPC.