Britons to consume six billion units of alcohol this Christmas

The average Briton will consume an average of 26 units per day this Christmas, with the nation collectively expected to drink almost six billions units of alcohol between Christmas Eve and New Year’s Day, a new study has revealed. 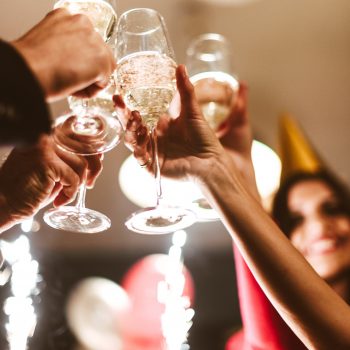 That equates to an average of 156 units each over the course of six days – nearly 10 times more than the average 16 units consumed on a regular night out. Overall, the great British public will consume as much as 5.7bn units of alcohol over the festive break.

This is according to a study commissioned by Boomerang – the makers of a natural alcohol detox drink – who asked 2,311 Britons all aged 18 about how much they really drink throughout December.

Initially, all respondents were asked, “Do you drink alcohol?” to which the majority (71%) of respondents, said ‘yes’ and 29% said ‘no’.

Respondents that said ‘yes’ were asked how many units they typically consume on a night out, to which the average response was found to be 16 units. When asked how often they found themselves drinking throughout the year, not taking the festive season into account, the average was found to be three times per month.

Following on from this, respondents who drank alcohol were then asked how many units they drank per day/night during the 2017 festive period, to which the average response was found to be 26 units.

Furthermore, when asked how often they found themselves drinking over the festive period, the average was revealed as six of the eight days over the period between Christmas Eve and New Year’s Day, equating to an average of 156 units of alcohol overall.

Of the 52,078,525 Britons aged 18 and over living in the UK, according to the Office for National Statistics, as many as 36,975,723 adults can be expected to drink alcohol. That equates to 5,768,212,788 units of alcohol collectively consumed by adult Britons over the festive period.

Asked why they drank so much compared to normal the top five reasons were found to be:

3. It’s nice to be able to drink without having to worry about work the next day – 56%