The facts about China’s e-commerce market

It’s hard not to marvel at the scale of China’s massive e-commerce market when its annual turnover from last year alone amounted to US$4.26 trillion, higher than Germany’s entire GDP (US$4.21 trillion). Figures can be encouraging but how much of it was generated from online wine sales? Who are the major players driving China’s wine sales? And what wines are consumers buying online? Find out here.

Tmall.com, the retail platform of China’s biggest e-commerce company Alibaba, leads the country’s online retail scene with a market share of more than 50%, followed by JD.com and other platforms such as Suning.com.

The success of the world’s most connected country, with over 800 million Internet users, is best explained through ‘Singles’ day’, a massive online shopping extravaganza launched by Tmall.com 10 years ago, initially to encourage singletons to splurge on shopping instead of wallowing in sorrow.

This year, Tmall.com and JD.com together grossed over US$47 billion in one single day on 11 November, the equivalent of the entire annual GDP of Colombia. If just 1% of those sales is generated from wine, it would be US$470 million, close to a quarter of China’s total import value at US$2.55 billion.

Scroll through the pages to find out who are the major players shaping China’s e-commerce landscape for wine sales, and what’s moving the online wine market.

What are the wine sales figures online? 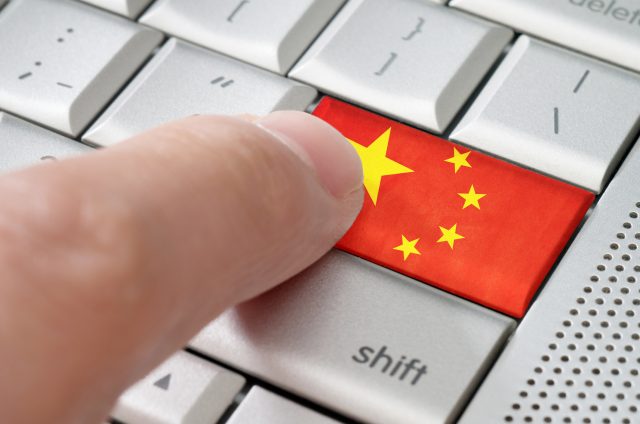 Much is talked about the importance of e-commerce in China, but overall alcoholic sales including baijiu, beer and wine only account for some 6% of all online sales, of which baijiu sales still took the lion’s share.

The majority of online wine sales are believed to focus on mid and lower priced bottles, but a recent report by Exact Data, a Chengdu-based drinks industry research firm, suggested a growing premiumisation trend online. In the year ending this July, 59 million bottles of both domestic and imported wine worth RMB 5.25 billion (US$757 million) were sold through JD.com, Tmall and Taobao, the B2B platform of Alibaba. Compared with the same period last year, the value had increased by 33% but the volume declined by 19%, suggesting a trade-up trend, according to the firm.

Most of the growth in value came from wines priced at RMB 500 (US$72) a bottle and above to make up 42% of sales value generated in year ending July 2018, it continued.

This year, the country’s online alcoholic drinks sales are expected to reach RMB 100 billion (US$14.4 billion), based on forecasts in a joint report by Tmall and Moët Hennessy.

Who is driving online wine sales?

Tmall.com and JD.com are key drivers for online retail, while 1919.com, a Sichuan-based drinks specialist, is a forerunner in alcoholic beverage sales with a focused online store and more than 1,500 offline stores across 500 cities in the country. The company received a RMB 2 billion (US$290 million) investment from the Alibaba group only last month, signalling the e-commerce giant’s confidence in the drinks retailer’s business model.

Three years ago, hoping to replicate the success of Singles Day, Tmall launched its 9.9 Global Wine & Spirits Festival on 9 September. The inaugural year in 2016 was unveiled with much buzz, with leading wine critic James Suckling and key opinion leaders on board but its impact was limited and it was widely considered a flop. In tacit acknowledgment of the lacklustre performance, Tmall did not even publish the sales values as a result.

This seems to have changed when key opinion leaders such as Wang Shenghan, aka Lady Penguin, achieved what many had attempted – generating wine sales through online content. A graduate of Brown University in the States, Wang employs China’s popular social media platforms such as Sina Weibo, WeChat and most recently DouYin, a snapchat-like app, to promote wines using short video clips, sometimes appearing scantly dressed or bathing. She now boasts more than 4 million followers across various Chinese media platforms, she revealed at a seminar during Prowine China in Shanghai this week.

Other opinion formers include Terry Xu and the Chinese version of Kardashian sisters, who were most recently invited over by Wine Australia to promote Australian wines in China.

What are consumers buying online?

Based on Tmall.com’s 2018 online drinks report, five of its most popular wines sold online are Changyu, GreatWall, the DBR Lafite portfolio, Roosar and Château Monlot, owned by Chinese actress Zhao Wei. It’s worth noting that the top two selling wines are from China.