A collection of seven Methuselahs of 2005 Domaine de la Romanée-Conti La Romanée-Conti has been sold by Sotheby’s retail in Hong Kong for US$1.5 million – a new record. 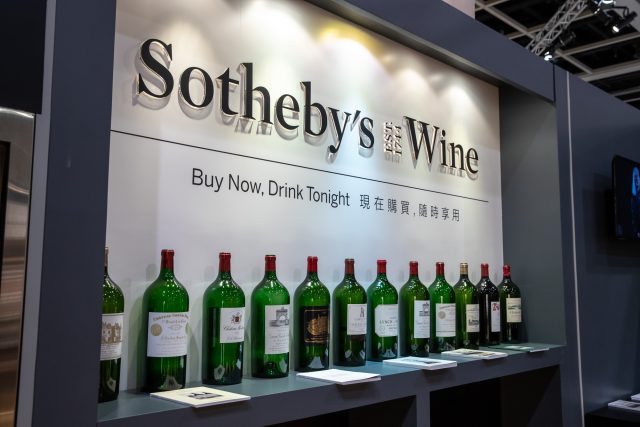 The huge purchase is the most that has ever been spent in the either of the auction house’s two retail outlets (in Hong Kong and New York).

It comes soon after the auctioneer’s big sale of DRC in New York, which realised US$7m in total and included a world record for the most expensive bottle of wine ever sold – a 1945 Romanée-Conti for $558,000.

The sale also comes after the Hong Kong retail outlet’s best year since it was launched in 2014, as well as year-on-year growth of 30%.

Adam Bilbey, head of wine for Sotheby’s Asia, said: “We are excited by the tremendous growth of the Sotheby’s Wine retail business in recent years, as we continue to dedicate our global network and expertise to bring exceptional wines to sophisticated buyers throughout Asia, outside of the auction market.”