With the end of the year in sight, and Christmas festivities on the horizon, now is a time to reflect on the past year, but also speculate on what the next 12 months could bring.

While the drinks business will be putting forth its own wine and spirits trend predictions for 2019 in the coming weeks, and has already considered what trends will dominate the UK retail sector in 2019, Bibendum has also set out its thoughts. Publishing its 2019 trend report, the on-trade wine supplier has laid out what it thinks will be the trends shaping the wine industry over the coming year.

While a trend for veganism looks set to dominate the hospitality industry, will 2019 be the year it makes a significant mark on the drinks industry? Croatian vineyards could be making more headlines in 2019, if Bibendum’s predictions prove true. And while the world’s big origin wine producers will continue to drive the bulk wine market, a keen interest in lesser-known regions and indigenous varieties is beginning to infiltrate the mainstream, its forecasts suggest.

Will their predictions stack up?

1. Cabernet Franc from around the world

“Continuing the trend for fruit-driven, lighter-style reds, Cabernet Franc from the Loire, and Chinon specifically, is a common feature on most premium wine lists. However, the latest trend shows that half of premium lists will feature one or more varietal Cabernet Francs from elsewhere in the world. The list is not limited to a single country, with examples from South Africa, California, Chile and Canada.”

2. Diversity of the Americas

“There’s great excitement in the Americas beyond Chile, Argentina and the US. In the south, Uruguay seems to be the answer to ‘what’s next?’, with wines from the country found on 39% of premium wine lists. The strength of this trend is diversity: it’s not just Tannat, the country’s hero variety, but whites, other reds, sparkling and dessert wines feature as well.

“Heading to North America, we turn our attention to Canada. Renowned for its Icewine production, 30% of premium lists now also feature still red wines from the country. These command premium prices, starting from £60 a bottle, fitting in with the current consumer trend of premiumisation.”

3. The rise of indigenous Italy 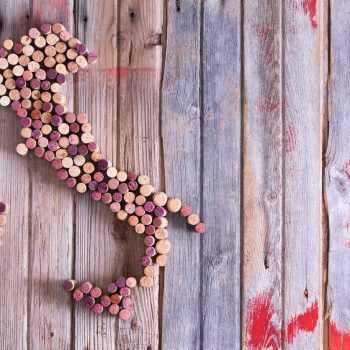 “Looking beyond the likes of Tuscany and Piedmont, there is a growing – or rather continuing – trend for indigenous grapes from Italy, especially whites. From Garganega to Nero d’Avola, there’s no shortage of interesting grapes producing wines with real provenance.

“One variety that’s been performing particularly well is Fiano, with Bibendum sales growing 63% by volume in the last year. It features on every 2 out of 5 premium lists, and not just at entry level… most wines featured are priced £50 or more.”

“A trend that has taken the hospitality industry by storm, 2018 has seen the number of vegans increase to 3.5 million in the UK, with the number of vegan restaurants rising rapidly. As a result, there is also an increased focus on vegan wines and we’ve seen a trend of 1 in every 10 premium, trend-setting outlets highlighting vegan-friendly lines on their wine lists.”

“Consumers are all rightly aware of what they eat and drink, and the trend of veganism has become profound in wine. Many of our leading producers recognise this and produce vegan-friendly wines.” 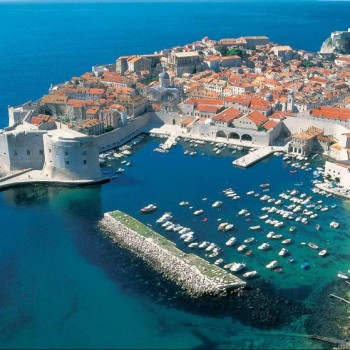 “Building on the growing success of Hungary, Croatia now has the chance to grow its reach and become the next Central European country to watch. Over one third of premium, trendsetting outlets list one or more wines from the country, and the diversity of listings both in style and price point makes it a trend to watch.”

“Croatia’s geographic position – bordering Slovenia and being a stone’s throw from Italy – hardly makes it a huge stretch of the imagination as a quality wine producing area, but until recently it hasn’t been that commonly seen in the UK. It offers a fascinating blend of indigenous and international varieties from its four main wine regions. Malvazija Istriana is one of the most important indigenous varieties and the focus of our producer from Istria, Veralda, but they have also won some serious international awards for their work with Refosco, a new addition to our range this year.”

6. Beyond the classics in France

“Savoie and Jura may be two of France’s smaller and lesser-known regions, but they’re big on personality, with many of the regions’ producers crafting individual wines that unashamedly sing of their unique place. With over half of premium outlets featuring Savoie on their wine lists, the trend is considered well established and set to become one of the main talking points in 2019.”

“Savoie is close to the Swiss border and as such, close to many ski resorts, resulting in these wines being widely consumed locally, with not much of it being exported. Producing lighter wines from indigenous grapes, and offering great value for money, the wines of Savoie are well worth exploring.” 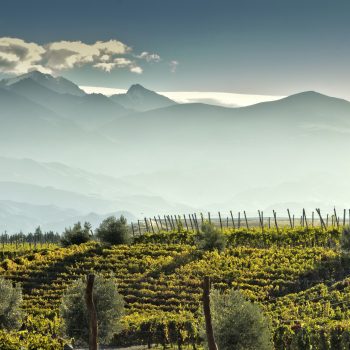 “Although it’s still early days, 1 in every 5 premium outlets now lists Pais from Chile and/or Bonarda from Argentina. Based on the increasing willingness of consumers to try something new, these trends can help Chile and Argentina to offer a point of difference.”

“We have a range from each country that takes in more than just the stalwarts, like Malbec from Argentina or the main varietals like Sauvignon Blanc, Merlot, Chardonnay and Carmenere from Chile. We want to give our customers the option to try something different, so I am delighted that more and more people are starting to explore these lesser-known varietals.”

“A trend once exclusive to establishments serving Japanese cuisine, sake has now become established in the rest of the industry. Not only is it featured on every 2 out of 5 premium lists analysed, but half of these outlets dedicate a full section to the category. Furthermore, 10% of trend-setting premium bars also use sake as a regular cocktail ingredient.”

“It is great to see that sake is finding its way onto more and more wine and cocktail lists outside of Japanese restaurants. And rightfully so. It can be your saving grace in a wine pairing for that one dish that just makes every wine look bad. It’s also a great low ABV base ingredient for a less boozy Martini alternative, or just a nice bottle enjoyed with friends.”