The results in full from the Syrah Masters 2018

We reveal the results in full from this year’s Global Syrah Masters, which saw great names and regions rewarded, as well as some less-familiar areas that are turning out remarkable wines from this wonderful, if somewhat unfashionable grape.

If one were to draw up a list of the most sought-after, saleable grape varieties in the world right now, I’m saddened to say that Syrah probably wouldn’t feature. Other so-called Mediterranean varieties such as Grenache and Tempranillo seem to elicit more excitement among wine lovers, although all of the above lag Pinot Noir for the ultimate in premium image and general popularity, with Cabernet not far behind.

So why isn’t Syrah more sexy? Based on another major tasting within our Global Masters series for noble grapes, the quality of wine made from Syrah today is not the problem. In fact, of all the red grapes we consider in a raft of annual wine competitions, Syrah consistently yields the most number of Gold medals, and above: we had no fewer than 8 Masters from this year’s tasting. This is remarkable considering the calibre of our judges and the high scores necessary across the board to achieve such a result.

So, if Syrah is the source of delicious wines, surely this grape should be in vogue? Of course, but there are issues around its image, not helped by the fact wines made from the variety are generally labelled Syrah if they are from Europe, and most commonly Shiraz when they are from outside, especially from Australia. This may be yielding some confusion for consumers, and, while there are broad stylistic implications associated with each name, they don’t always hold true. Generally, Shiraz denotes a richer riper style of red from the grape, with Syrah used for something lighter and more floral. But, as our extensive tastings have shown, there are plenty of concentrated wines labelled Syrah, and some of the new styles of Shiraz from Australia, particularly where whole bunches go into the fermenters, can be surprisingly delicate, even Pinot-esque.

Then there’s the grape’s lack of lustre as a producer of fine wine. This is, of course, misplaced: for some, the greatest red wine in the world is made from Syrah: La Chapelle in Hermitage. However, this historic home of the grape, the northern Rhône, produces wines sold according to appellation, eschewing varietal labelling, meaning that some of the world’s best expressions of Syrah don’t actually overtly promote the grape.

Meanwhile, the upmarket image for the grape in the US especially has been damaged by the success of inexpensive Australian Shiraz, particularly sold under the brand Yellow Tail. Or so I’m told. And in this market particularly, where fashion is so important to sales – and wine is almost entirely merchandised by variety – one major player in the market commented that if the wine says Syrah on the label, it doesn’t move, but if you take it off, it can become a best-seller. The implication being that people actually love the taste of Syrah, just not the image.

But while commerciality is key in the wine industry, our Global Masters tastings seek to identify the sources of quality – by place and producer. Now, while the base level may be unusually high for Syrah, there are of course areas where the results are much better than others, and, as this year’s results show, some of these come as no surprise (Barossa, Hermitage), others are a revelation (Turkey, Greece, Switzerland…). So, whatever the source, let’s consider the standouts.

Now, while there were plenty of pleasing reds sub £10, the first Gold medal winners were seen once we had surpassed that key price point. As is so often the case with wine, the price-quality sweet spot comes above £12, and, if I was to choose a price band where you can maximise the amount of wine you can get for your buck, it would probably be beyond £12 and below £19 for Syrah. But even at £15 or lower, we saw some brilliant wines, notably from Washington State’s Ste Michelle, as well as the Barossa (Graham Norton, Andrew Peace, Wakefield/Taylors), Colchagua (MontGras) and Florina in Greece, where it seems that Syrah reaches delicious completion when blended with a touch of this nation’s native Xinomavro at the country’s Alpha Estate.

Over £15 but still below £20, and the number of Golds increased dramatically, with Argentina (Trivento, MP Wines) this time featuring, as well as Turkey (Kavaklidere), and New Zealand (Church Road). Among the blends, we also had our first Master, which was impressive at this still relatively low price, with Kalleske’s Moppa Shiraz benefitting from a touch of Petit Verdot and Viognier, giving some added structure and aromatics respectively to this intense, juicy and soft Barossa Shiraz.

Between £20 and £30, we had no fewer than 14 Golds and one Master, showing the potential for Syrah to perform at the entry-point price-wise of the fine wine market. Noteworthy in this band was the excellence of a Syrah from California, hailing from the Yorkville Highlands AVA, based in the southern Mendocino County, and produced by Copain – a winery within the Jackson family portfolio. Coming close in quality, however, were some more rarified Syrahs from names already mentioned (such as Wakefield/Taylors, Alpha Estate) as well as new ones to the Gold standard (representing Australia’s Barossa were: Jacob’s Creek, St Hugo, Langmeil, Tempus Two; Argentina’s Uco Valley: Trapiche, Salentein; South Africa’s Tulbagh: Saronsberg, and New Zealand’s Hawke’s Bay: Craggy Range).

And, coincidentally, between £30 and £50, we had the same tally at the top-end, with 14 Golds and one Master. Regarding the latter, the judges were seriously impressed by the Ebenezer Shiraz from Barossa, and produced in tiny quantities by Hayes Family Wines. The tables show the other lovely wines in this category, but we were pleased to see after the tasting was concluded that great wines from Barossa; the Valais (Switzerland’s Domaines Chevaliers) and Marlborough (New Zealand’s Giesen) had been rubbing shoulders quality-wise with Hermitage (Romain Duvernay).

Once we were over £50, however, we couldn’t help but award a clutch of Masters, with the Barossa’s Savitas and Levantine Hill wowing the judges, as did the Hermitage Monier de la Sizeranne from Chapoutier, and the Hickinbotham Brooks Road Shiraz from McLaren Vale – all celebrated wines attracting glorious scores. But there was another region among the Masters, and that was a wine from a relatively new area for top-end Syrah (if becoming famous for great reds from Sangiovese and Merlot) – the Maremma in Toscana. Hailing from Conti di San Bonifacio Sustinet, this turned out to be just on the entry-point of this price band, retailing for £50, making it all the more appealing among these illustrious labels.

Although that was the only Master for Italian Syrah, there were also two Golds in this price category awarded to this country – a delicious sample from Lazio, produced by the Famiglia Cotarella, as well as one from Cortona, made by Fabrizio Dionisio in Toscana.

We were also thrilled to see strong performances from famous names in Syrah such as Mission Estate (New Zealand) and Château Tanunda, Bird in Hand, Langmeil, Henschke, Gatt and Schild Estate (Australia).

In all, the tasting had rewarded the renowned along with the less familiar, as it was talent, not repute, that the Syrah Masters sought to reward through its blind-tasting format.

Please see below for the list of medallists from the Global Syrah Masters 2018. 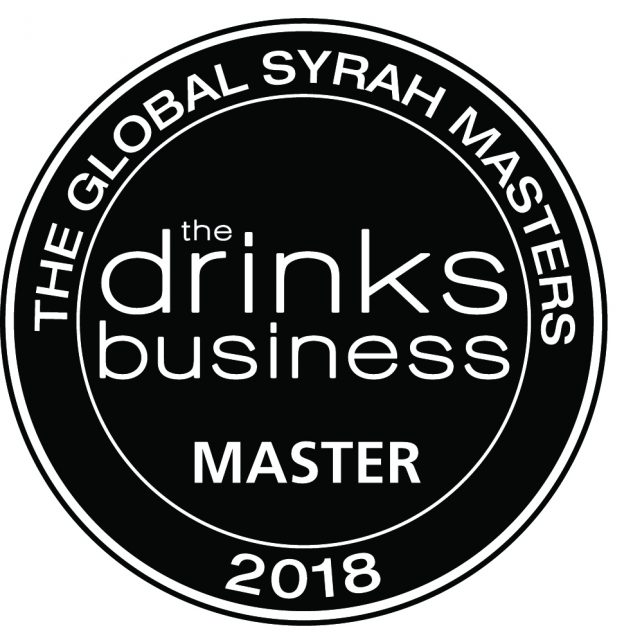 In a crowded wine-competition arena, the drinks business Global Syrah Masters stands out for its assessment of wines purely by grape variety rather than by region. Divided only by price bracket and, for ease of judging, style too, the blind-tasting format allowed wines to be assessed without prejudice about their country of origin.

The wines were judged by a cherry-picked group of Masters of Wine and senior buyers on 13 September at No.11 Pimlico Road Bar & Restaurant in London.

This report features only the medal-winners.