Nine outstanding Champagnes for under £50

Following a major blind tasting of Champagne earlier this year, here is a selection of the best Champagnes selling for sub £50 on the market right now. 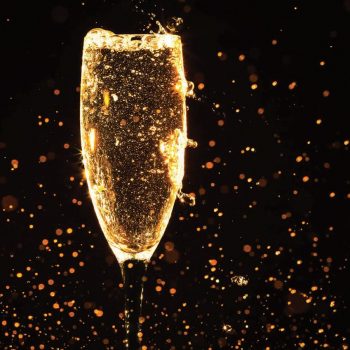 Having chaired our annual Champagne Masters competition in July this year, and reported in full on the results, I have now gone through my notes and scores and picked out what I believe are nine brilliant Champagnes that won’t break the bank.

Although £50 seems like a high price to draw a line, Champagne has become an increasingly expensive option, with most Grandes Marques now selling for more than £30, and a high number of vintage options – often the sweet-spot in terms of price-quality ratio – now surpassing £50.

Indeed, in this year’s tasting, a suite of delicious single-harvest Champagnes from Charles Heidsieck, Pommery, and Piper-Heidsieck from the 2006 and 2008 vintages were all beyond the £50 mark – and therefore aren’t included in this list.

However, there are still a few options in the vintage category that will deliver a delicious and rich style of fizz for a relatively reasonable price.

As for prestige cuvées, I’m afraid to say that you really have to fork out over £70 to secure something great, with, as previously reported, the most bang for your buck coming from Champagne Pannier – with the Egérie de Pannier 2006 being one of the best sparklings I’ve drunk, and a relative bargain at £75.

But for now, let’s look at some more affordable options that still deliver a delicious result.

For a full report on this year’s Champagne Masters, including all the medal-winning wines, click here.

Gaining the ultimate accolade of ‘Master’ in this year’s tasting, this is the best Brut NV on the market today. I have tasted it blind on many occasions, as well as enjoyed it in a social setting, and it always delivers.

Why is it so good? It has a toasty aromatic appeal, along with a lovely citrus peel brightness on the finish, while, at its core, is a rich and honeyed generosity.

Although it is considered trendy to declare a love of very dry Champagnes, Charles Heidsieck has a relatively high dosage of around 11g/l – 12g/l being the cut-off for Brut Champagne and 9g/l the norm today.

This sugar level, when combined with the breadth of reserve wines used in the Charles Hiedseick Brut NV, gives the fizz a lovely depth of flavour and texture – after all, although Champagne should be refreshing, it should also be indulgent. This Champagne house understands that, and manages the balance brilliantly.

(I would also highly recommend the Rosé Réserve from Charles Heidsieck, which, like the Brut Réserve, is a benchmark for its category). 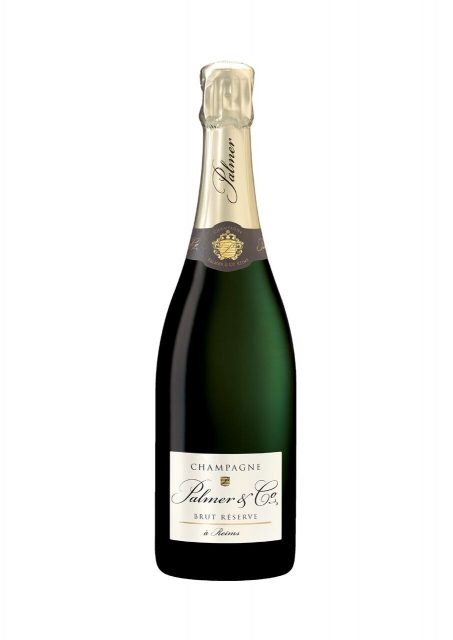 Palmer, which is a small growers’ cooperative sourcing grapes from 415 hectares across Champagne, is a gem of a brand, consistently producing wonderful cuvées at accessible prices.

And if one is looking for a reasonably-priced Brut NV, then this is a first-rate choice, particularly if you like – as I do – a toasty style of Champagne, the sort that comes from a more ‘reductive’ approach to winemaking.

Tasted blind this year, it was awarded a Gold medal, placing it above several more illustrious houses with significantly higher retail prices. What more do I need to say? 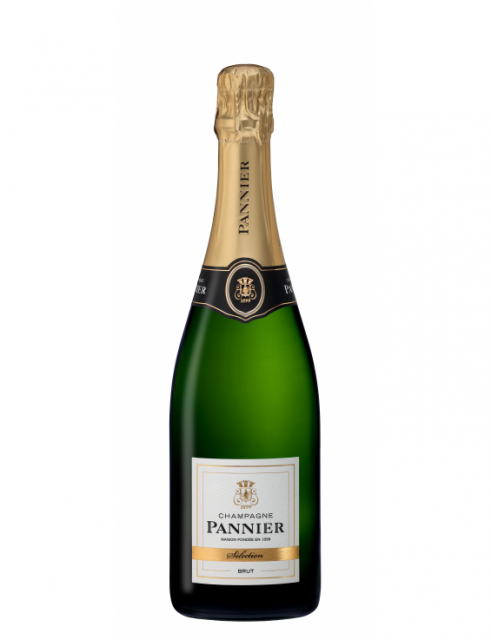 Like Palmer, Pannier is a brand hailing from a growers’ cooperative, and with similarly high-quality results.

Indeed, this Brut NV Champagne also gained a Gold in this year’s Champagne Masters, and comes highly-recommended for its depth of flavour, and the consistent quality of its cuvées at all levels – particularly its prestige cuvée, Egérie de Pannier, which, as previously mentioned, must be the best-value top-end fizz money can buy.

However, it is the Brut Sélection that I picked out here, a wonderful NV fizz that sells for significantly less than much more famous brands. 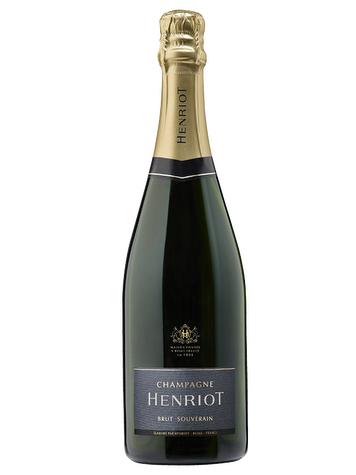 This boutique Champagne house has always been a bit of a connoisseurs’ best-kept secret, yielding excellent, bright, fresh, floral fizz at all levels, particularly with Chardonnay – it’s blanc de blancs is an industry favourite.

However, it’s the brand’s Brut Souverain NV that got the high marks in this year’s flight of NV sparklings at the Champagne Masters – highly awarded for its taught, direct style, but also grilled nutty notes; characters, which, when combined, make this such a pleasing aperitif. 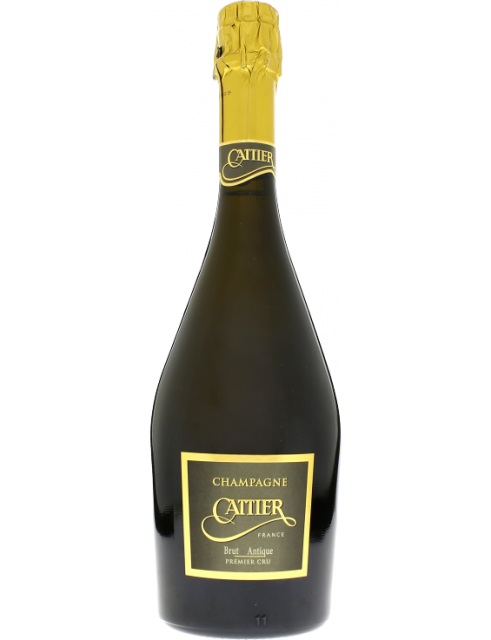 Another somewhat boutique house, Cattier, like Henriot, has for some time been a bit of an insiders’ tip – both loved for the fact they produce great Champagnes, but are somewhat under the radar.

And, again like Henriot, Cattier is often recommended for the quality of its blanc de blancs Champagnes, although it was pleasing to see it deliver a Gold-medal quality fizz with this Brut NV – called Antique – using grapes sourced from premier cru sites.

Expect flavours of apple and pastry, not unlike a tarte tatin without the sweetness. And if you want to impress your friends, you might want to tell them that Cattier provides the wine for Jay-Z’s prestige cuvée fizz: Armand de Brignac, otherwise known as Ace of Spades. 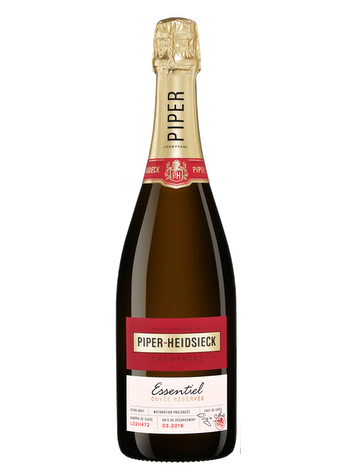 If ever there was a house that was underrated for the quality of its cuvées, it’s Piper-Heidsieck. A perennial top perfomer in our blind tastings, this brand makes delicious Champagnes, but doesn’t seem to have the upmarket appeal of fellow grandes marques – a result of past mismanagement of Piper-Hiedsieck branding and retailing, but not, I should stress, poor winemaking. And I should add, the label is being wonderfully looked after today under its current owners, EPI – a family owned group run by Christopher Descours – who took on the house in 2011.

While the normal Piper Brut NV is first-rate, a more precise, toasty, and generally uplifting aperitif is its relatively new ‘Essential Extra Brut’. With just 6g/l dosage, it is the brand’s driest cuvée yet, but the producer has compensated for such a low level of sugar by extending the time this Champagne rests on its lees – a technique used to build in richness and the yeasty bready, sometimes toasty, character that makes bottle-fermented fizz so appealing.

However, if you want to swing the other way, and go for a fizz with extra richness and sweetness, then Piper make a delicious demi-sec – called Cuvée Sublime. Indeed, both this fuller fizz and the Essential Extra Brut were awarded Golds in this year’s Champagne Masters, and both sell below £50, retailing for around £48 and £35 respectively. Proof that being a beautifully-packaged, highly-recognisable brand can go hand in hand with a delicious product is the Yellow Label Brut NV from Maison Veuve Clicquot.

Benefitting from the know-how of cellar master Dominique Demarville and the huge financial support of brand-owner luxury goods conglomerate LVMH, this is a tour de force in the world of Champagne.

Stylistically, it is also powerful, combining the richness of Pinot-based wines with extended lees ageing and plenty of well-kept reserve wine spanning many years. But, Clicquot manages to combine such a deep and layered style of fizz with a bright touch too, making this bold Champagne a refreshing aperitif. Here you can have style and substance.

Taking the highly-coveted title of Champagne Master in this year’s tasting among the flight of vintage Champagnes, it was extremely satisfying to find out that such a high-scoring fizz came from a growers’ cooperative, and retailed for under £50.

However, for those who know Champagne well, such a result will probably come as less of a surprise – Castelnau is famous as a brilliant source of aged Champagne at extremely keen prices.

And this 2006 expression, taken from a warm harvest, is absolutely a point – to take the French term for ripe and ready to eat. While some cooler vintages on the market now – such as 2008 – deliver fresh, structured Champagnes that could even be left to mature and develop further, this 2006 from Castelnau is showing perfectly now, with slightly honeyed notes, some dried yellow fruit, and a lovely biscuity edge, along with some citrus peel bite.

A brilliant vintage Champagne for the price of a non-vintage from a famous grand marque. And I know what I would opt for…

(I would also highly recommend Castelnau’s Blanc de Blancs from the 2005 vintage).

It has long been known among the wine trade that Champagne’s biggest maison, Moët & Chandon, makes first-rate vintage fizz. Not only that, but because the brand is so famous for its non-vintage, called Brut Imperial, the much smaller-scale single-harvest offering from this huge house is very attractively priced. It is also, in my view, brilliantly packaged, with the vintage clearly displayed in a large white script, as though is was chalked onto the label.

Furthermore, although many in Champagne are talking up the 2008 harvest, the riper, more forward 2009 from Moët gets my vote, and seems to suit the winemaking style of this maison better – Moët opts for a fresh ‘reductive’ style of fizz that complements ripe base wines.

Having thought that when the 2009 vintage was first shown to the trade alongside the 2008 from Moët, it was satisfying to then award the 2009 a Gold-medal score when it was tasted blind earlier this year. While the 2008 is a great Champagne, right now, it seems to lack the depth and generosity of the 2009.

In short, Moët vintage Champagnes are a brilliant buy, especially the forward 2009, even though it only just squeaks in beneath our £50 price cut-off.