Baron de Ley: Rioja is the Bordeaux of Spain

Rioja giant Baron de Ley’s international general manager, Victor Fuentes, revealed that while “none of the big Rioja brands are doing well in China,” the company is hoping to promote the region’s wines as the Bordeaux of Spain. 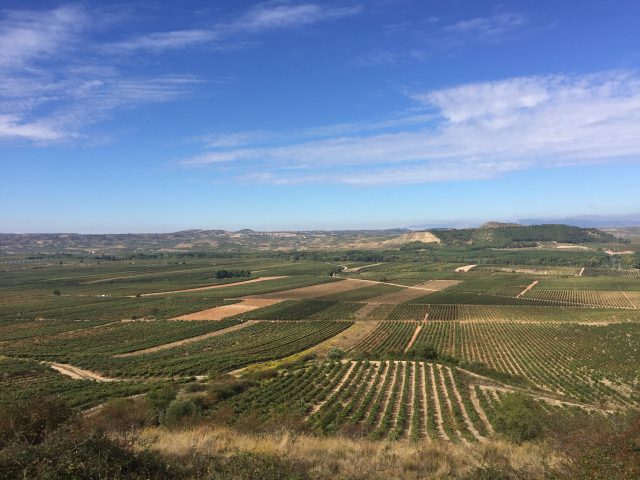 Fuentes made the comments to the drinks business while discussing the wine group’s export strategy and top markets last week at its Mendavia-based winery.

Baron de Ley was formed in 1985 and having embarked on an ambitious programme of vine-planting and investment, is now a major land-owner in the region with 750 hectares of vines including the region’s largest single vineyard plot –Los Almendros – which is 250 hectares.

Rioja’s top export markets by volume is headed up by the UK and followed by Germany, the US, Switzerland, China, Netherlands, Canada, Sweden, Russia and Belgium.

“The biggest piece of news in 2018, other than the two digit drop in litres in the light of the expensive 2017 crop, is that the USA overtook Germany in value,” said Fuentes.

He revealed that exports make up around 82% of Baron de Ley’s sales, with the brand having developed a strong presence in the UK off-trade in recent years, being stocked in major supermarkets including Morrisons, Waitrose and Tesco – the latter also uses the producer to make its Finest range Rioja. It is distributed in the UK by Kingsland Drinks.

“In the UK around 10 years ago we were well known in the trade but not among consumers,” revealed Fuentes. “We’ve been growing exports year-on-year and the UK is now our biggest market.

“We’re also seeing new emerging markets for our wines such as Canada and China. China has been very difficult to enter and find players with a long term view to grow the brand. We need a horse that actually finishes the race.

“The Chinese market is very immature, there are lots of opportunistic players and consumers in general still know very little about wine and companies communicate with clichés.

“Having said that, there’s a growing middle class that understand more about wine. The Chinese market is good for both low- and high-priced wines, but there’s less of market for those of us who are in between.

“Spain has been shipping crap wine in bulk to China for years and as a result, the reputation of Spanish wine in China has suffered. None of the big Rioja brands are doing well in China.

“Here in Rioja, we’re working to change this and on my last trip to the country, I was encouraged to hear someone describe Rioja as ‘the Bordeaux of Spain’. That’s our goal and what we’re aiming for over there, but more consumer education and a long term vision is required”.

Barón de Ley has committed €10 million to a new winery and storage facility, both of which are due to completed next year. The winery, which is due to receive its finishing touches once this year’s grapes are processed, is home to 64 44,000-litre capacity fermentation tanks, while the producer has also created the second largest barrel storage facility in the world, which is capable of holding 30,000 barrels.

Upgrades to its winemaking facilities include a remontage pump for every fermentation tank (previously there were just 16), yeast making machines to cultivate the producer’s indigenous yeast strains, new concrete tanks (a first for Baron de Ley) and new self-cleaning tanks which allow for space to be freed up faster.

The producer has also invested heavily in planting more white varieties, following the change in the regulations in 2007.

In 2007 the Rioja DO authorised the planting of new white varieties such as indigenous grapes Tempranillo Blanco, Maturana Blanca and Turruntés and up to 50% of foreign varieties including Sauvignon Blanc, Verdejo and Chardonnay.

In 2017, with the decision due to come into force from the 2018 vintage, the approved varieties were “liberated” meaning that producers can now release them as single varietal wines.

Baron de Ley plans to release a number of single varietal whites from its Finca Carbonera winery which it bought in 2010, including a Sauvignon Blanc, Verdejo and Chardonnay.

Having planted the mountain site with these varieties, Baron de Ley completed construction of the new winery which contains vats and a press, however no fermentation or ageing is conducted on site.

“Through our analysis we found that Verdejo does better at altitudes lower than 700 metres above sea level, Sauvignon Blanc prefers the mid level and Chardonnay likes the highest sites which we believe are similar to growing conditions in Burgundy,” said Fuentes.

Speaking about the style of the group’s wines and what they’re hoping to achieve, Fuentes said: “20 years ago the world was dominated by heavy Parker-style wines – we’re aiming to recover and refresh the Gran Reserva style. It’s not just about the ageing, it’s about what we’re doing in the vineyard too. We hand harvest all grapes on vines over 20 years old.

“We buy in a small percentage of our grapes, around 10-15%, which we source from longstanding suppliers. We’re unique in both scale and self-sufficiency”.

Speaking later on at the winery, technical director of winemaking Mayte Calvo also explained how the company had adapted its practices over the years but maintained its philosophy “to minimise intervention”.

“We never liked using a yeast that everyone else has, so we developed our own indigenous yeast culture,” she said. “Since 2000 we’ve only ever added yeast in exceptional circumstances.

“Five years ago we isolated yeast strains from our Finca Monasterio vineyard including saccharomyces and non-saccharomyces species, finding that the best results come when we combine both”.

Chief winemaker Gonzalo Rodríguez added: “It’s all about the craft aspect in winemaking. Analytics are important, but experience and intuition are essential.

“We’re able to tell just by looking when the grape skins from an estate are softer. For those grapes you don’t want to do an aggressive remontage”.

Rodríguez, in particular, favours grape varieties including Maturana and Graciano.

“Maturana is the mother of all grape varieties and can help to fix other wines,” he said. “It’s generous and soft with low acidity and good fruit, but in order to have long-ageing wines, you must have a percentage of Graciano”.

Speaking about his early impressions of the 2018 vintage, he added: “2018 is a complicated vintage, but we thought it would be more difficult than it was.

“Some areas have grapes with softer skins that usual, so we have had to be careful and focus less on structure and more on fruit. Overall it’s irregular in quality”.