It goes without saying that climate change is Very Bad.

Unless, of course, you have a vineyard in the UK.

Viticulturists across Britain had We Plough the Fields and Scatter stuck in their heads on loop all week, as thanks to an absolute scorcher of a summer England is witnessing its earliest grape harvests since records began.

“The whole wine industry is excited about the potential this harvest brings which will probably lead to the highest level of production ever,” Simon Robinson, Chairman of WineGB, told the drinks business via an extremely chirpy statement to the press.

“The wine industry is a bright star in the UK agricultural sector which is concerned about the post-Brexit world.”

Julian Barnes, at Biddenden Vineyard in Kent, is optimistic for harvest 2018: “This will be our earliest harvest since Biddenden was established 49 years ago. We’re expecting a big crop, with plenty of ripe fruit in the vineyards and fellow Kent producers concur. However, as any good farmer will tell you, nothing is guaranteed until all the grapes are in the winery!”

Bob Lindo at Camel Valley Vineyard in Cornwall said: “We’ve waited 30 years for this vintage which I have no doubt will be a benchmark for years to come. There is huge potential and it’s a joy to work through.” 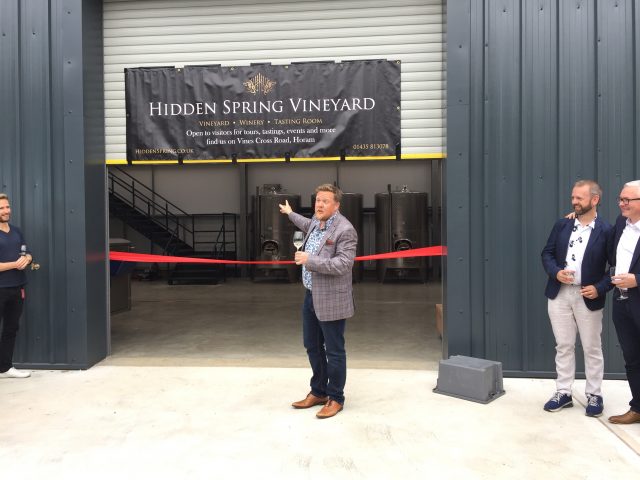 Owner David McNally said the process has started with a bang.

“We’ve got far more grapes than we planned for this year,” he said. “Our site is certainly proving to be vigorous and we’re due to harvest almost double what we were expecting”. 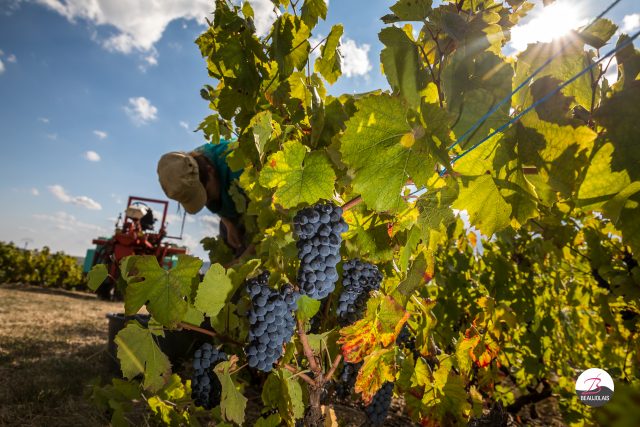 Meanwhile in France, the Beaujolais harvest is well under way.

They don’t call it Beau for no reason, lads. 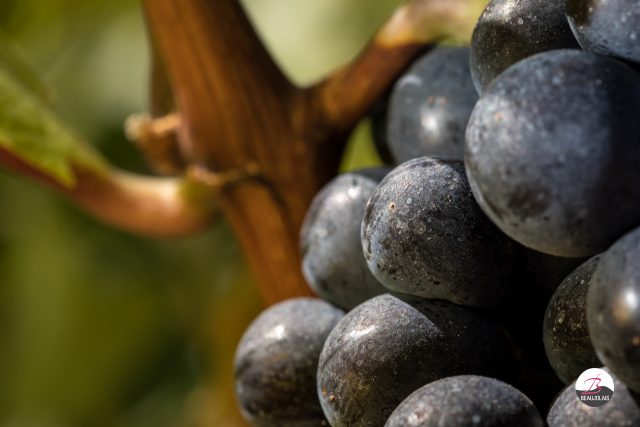 With a winemaking industry spanning centuries, Gamay growers in France have far more money to throw at photographers, as demonstrated by this spectacular, sun-streaked, hi-res imagery. 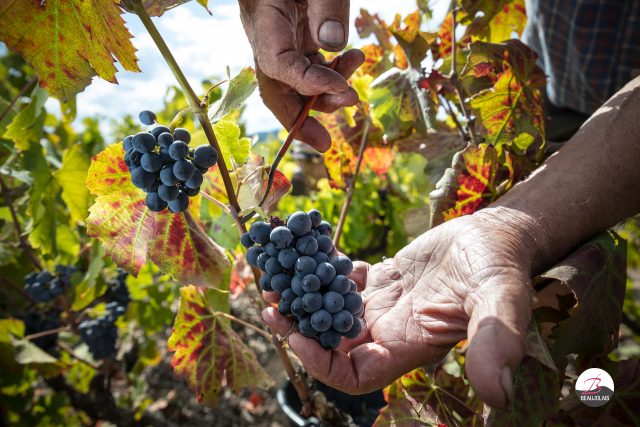 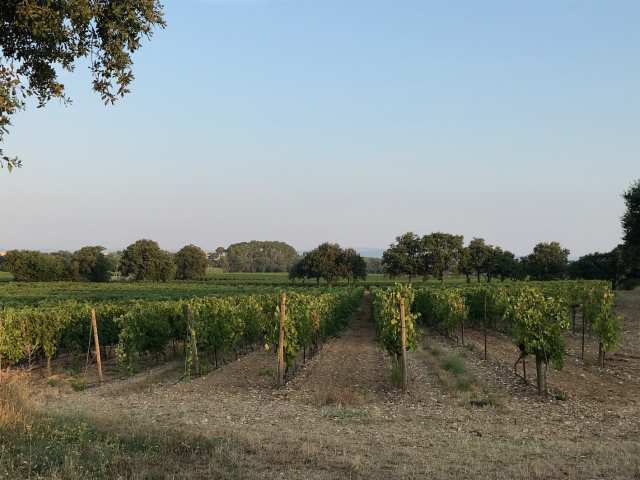 It was a similar story in the Languedoc. This week Domaine Sainte Rose kicked off its 17th harvest, after what owners Charles and Ruth Simpson dubbed a “challenging” season. If you thought it was hot in Blighty, August temperatures over there soared to 44 degrees. Celsius. That’s a thing that happens now, apparently. 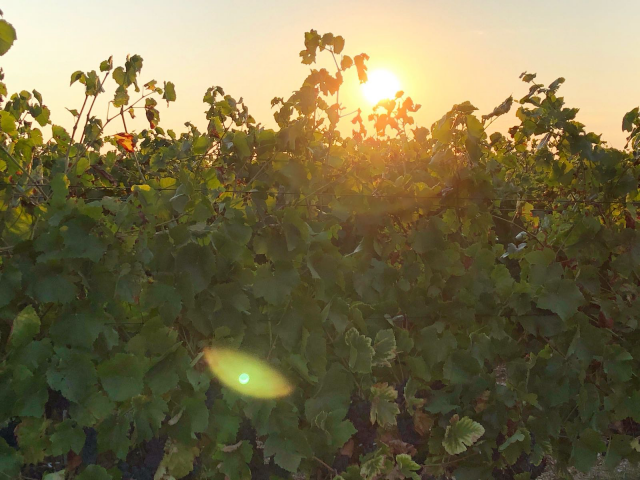 Hand picking started on August 8th with Chardonnay from the older vineyard block for the sparkling base wines and by the end of week three, almost all of the white grape varieties had been picked. The end of August saw the harvesting of Pinot Noir for La Croisade, a still Pinot Noir that the team made for the first time in 2017.

With just a couple of weeks left, the team are now picking the last of the red grapes, including their 65-year-old Grenache for a brand new single varietal wine.

Here’s a couple of clues: It’s famous for Syrah, and the only thing steeper than its south-facing slopes are the price tags on the bottles.

Correct! It’s Rhône. In a strange turn of events, winemakers on northern side of the river started harvesting before the south this year.

In yet more wine news, Prosecco rosé could become a reality, as the region plans to lift a ban on blending red and white wines to produce pink fizz.

Although there are examples of Italian brands making pink sparkling wines using grapes from Prosecco country, Prosecco rosé is not allowed under the regulations of the DOC (Denominazione di Origine Controllata).

But in a candid interview with db’s resident MW Patrick Schmitt last week, Francesco Zonin, vice president of Zonin1821, said that he believed this year’s vintage would produce grapes that can be used to officially make sparkling rosé. 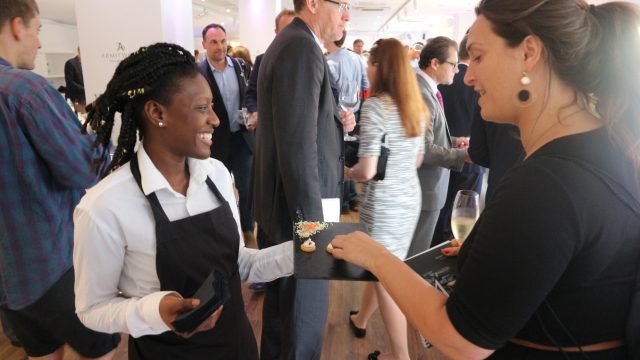 There were around 40 wineries represented on the day, including GAJA, Champagne Gimmonet and Geoffroy, Domaine Huet from Vouvray, La Rioja Alta, Astrolabe from New Zealand, Delaire Graff and Mulderbosch from South Africa, Tahbilk from Australia and, last but certainly not least, English winery Digby. 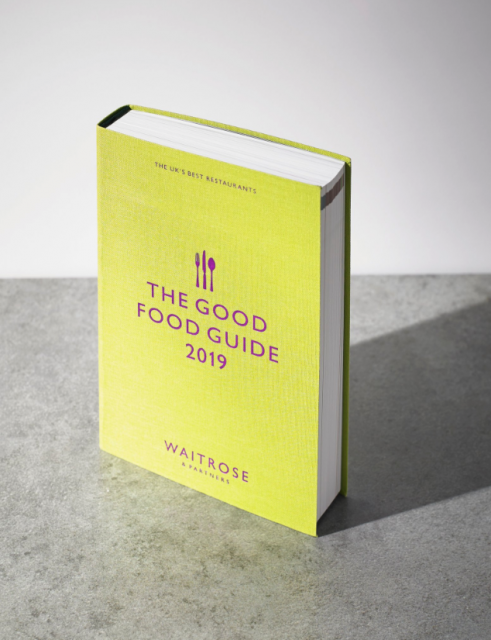 You’ll need some food to soak up all that wine. Good thing Waitrose released its list of the top 50 restaurants in the UK on Thursday.

While 14 of the top 50 restaurants were located in London, there was a good spread throughout the country, with destinations ranging from Cornwall, Jersey and Wiltshire to Co. Durham, Birmingham and Manchester. 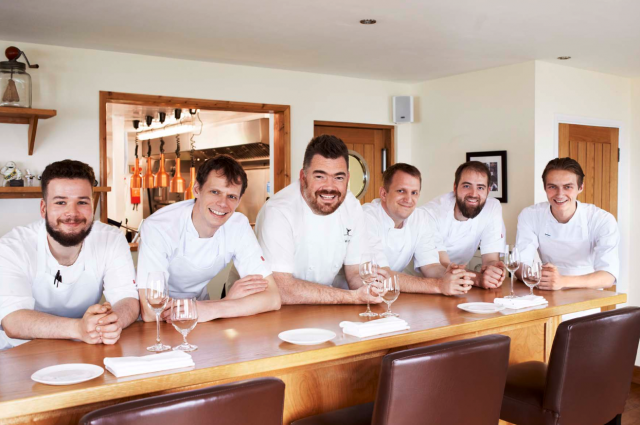 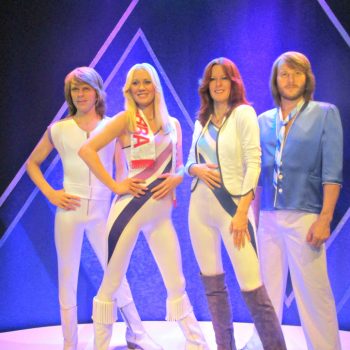 We found out earlier this year that that an ABBA-themed restaurant was set to open in Waterloo in 2019, founded by Björn Ulvaeus himself, but the Swede decided to relocate after south London locals protested the idea, betraying a disregard for puns which borders on offensive.

Mamma Mia! The Party experience is an “immersive dining experience” that recreates a taverna on the island of Skopelos, mirroring the setting of the first Mamma Mia! movie. Mediterranean cuisine will be served while Abba hits are played live.

A similar experience has been on offer in Stockholm since 2016, and has sold out shows there for three consecutive years. If you have to ask why, then there’s no hope for you. 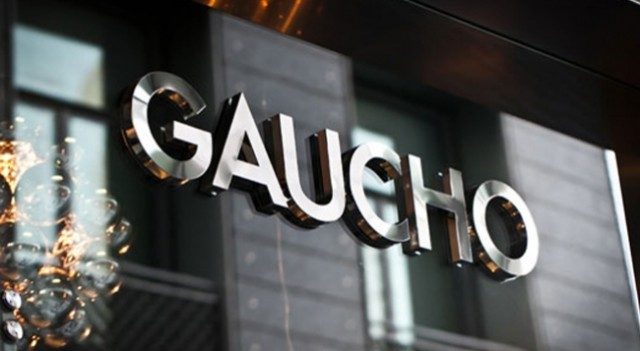 Remember when Gaucho started going down the pan earlier this year? Well the Argentine steakhouse chain has been bought out of administration by Investec. No news on whether wagyu Zebra will feature on the menu. 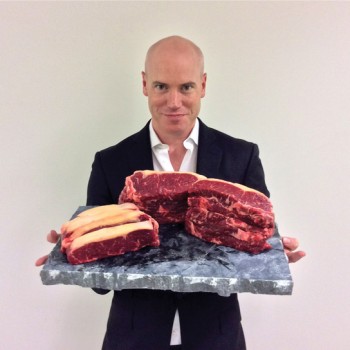 All restaurants will remain open and now Martin Williams, the CEO M Restaurants and, rather ironically, the original founder of Gaucho, will step in to help drive its future growth.