Two sales held by Sotheby’s in London this week netted a combined £2,785,385, underpinned by Bordeaux and Burgundy but with a case of rare Port trumping Petrus and Domaine de la Romanée-Conti to be the auction’s highest-selling lot. 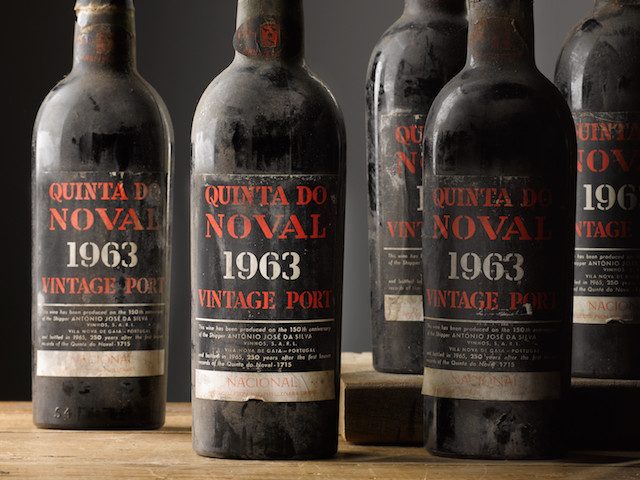 Both sales were held on Wednesday 19 September, one was a private collection dubbed ‘The Collection of Perfection’ and a wider Fine & Rare sale.

Cases of Mouton Rothschild’s 2000 led the private collection, one case making £42,350 and there was high bidding for Haut-Brion 1989, Domaine Leroy’s 2011 Richebourg, Armand Rousseau’s 2005 Clos St Jacques and his 2010 Chambertin.

Although they didn’t make the top 10, there was also strong bidding for white Burgundy from Leflaive and Coche-Dury and magnums of Nicolas Joly’s Coulée de Serrant.

Meanwhile, in the second session, there was a stunning result for a rare 12-bottle case of Quinta do Noval’s 1963 Nacional which went for £45,980 – beating into second place six magnums of 1989 Petrus and in fact being the highest-selling lot of the entire auction.

Among further dozen and half-dozen cases of ’89 Petrus and assortments of DRC, a Balthazar (12 litre) bottle of Giacomo Conterno’s 1955 Barolo Riserva Monfortino scooped £19,360 – marking a rare high place finish for an Italian wine, especially a Barolo, at a major auction.

Stephen Mould, head of Sotheby’s Wine Europe, said: “The ‘Collection of Perfection’ saw some robust results, particularly for great Bordeaux vintages – Mouton 2000 and Haut-Brion 1989, and all the First Growths, Super Seconds and top Right Banks were in demand. Red Burgundy from DRC, Leroy and Rousseau saw the majority of prices fly over their high estimates. White Burgundy from Leflaive and Coche-Dury were in equal demand, and rare magnums of Nicolas Joly’s Coulée de Serrant created a bidding frenzy.

“The auction of ‘Finest and Rarest Wines’ featured several outstanding cellars. The lead collection included wines from Bordeaux to Italy and beyond and was led by Petrus 1998. White Burgundy from top domaines including Ponsot, Drouhin and Coche-Dury, was highly sought-after.

“Large formats were a highlight across the sale, with notably two rare Balthazars of Monfortino 1952 and 1955 from Giacomo Conterno. DRC Assortment cases of recent vintages sold well and Grands Crus from Rousseau again exceeded their high estimates. Elsewhere, Rayas attracted strong interest and 12 bottles of Quinta do Noval Nacional 1963 rightly crowned the sale.  We now look forward to our auctions in Hong Kong on 29 and 30 September.”