A bottle of The Macallan ‘Genesis’ has been resold for over £4,600, having been put up for auction soon after it was bought. 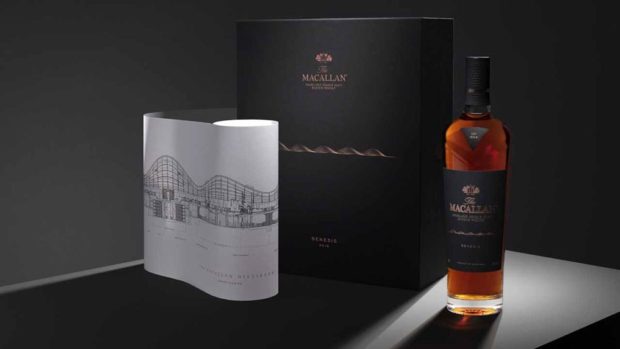 The limited edition bottle was sold through online auctioneer Whisky Hammer in a sale that finished on Sunday 26 August and went for a final price of £4,650 – having been bought for £495 originally.

The bottle is part of a limited run of just 2,500 that have been released to mark the opening of The Macallan’s new distillery in Moray.

Around 300 bottles were initially released by The Macallan at the distillery earlier this month at £495 apiece and demand was such that police had to close roads in the surrounding area.

Having been released, one bottle very quickly found its way to auction to achieve the result it has.

This practice, generally referred to as ‘flipping’, is viewed askance by many in the industry and questions will no doubt be asked about if that bottle will ultimately hold that price – or if any others will eve be able to match it.

If nothing else, however, the sale shows yet again that the demand for Scotch whisky around the world is such that almost anything of any interest can achieve fantastic results in today’s market.