As the blue wine trend gathers pace, with new blue wine Vindigo going on sale in France this month, French experts are finding the phenomenon hard to swallow. 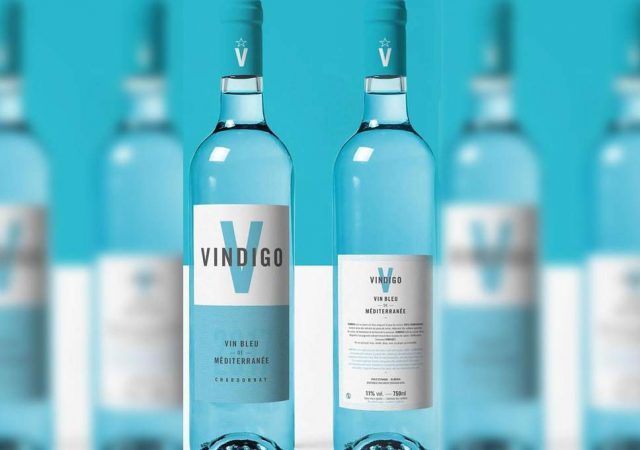 As reported by The Telegraph, Véronique Cheynier, director of research at the National Institute of Agricultural Research, cast doubt on Vindigo founder René Le Bail’s assertion that the wine gets its sea blue colour from a natural pigment found in red grape skins called anthocyanin.

Le Bail claims the wine, made with a Chardonnay base, turns blue after being passed through a pulp of red grape skin.

“Even if anthocyanin-derived pigments that are blue in colour in an acidic medium have been successfully isolated in the lab, these pigments are only present in tiny quantities in grape skin pulp,” she added.

Cheynier stressed that the pigments are red in an acidic medium, at low pH, and only turn blue at a pH higher than seven – most wines have a pH between 3-4.

“A wine with a pH higher than four is unstable in microbiological terms and oxidises much faster. You can see this effect in brick-coloured red wines,” added Jean-Louis Escudier, a researcher at the institute.

The institute argues that even if the wine were made naturally, it would involve adding red grape skin pulp to white wine, which is forbidden, even in the production of rosé.

The world’s first blue wine, Gik from Spain, which launched in 2015, was found to have derived its colour from anthocyanin and indigo carmine (E132) colorants.

Under the rules of the International Organisation of Vine and Wine, colorants are banned from wine and products containing them have to be labelled as a “wine-based” drink.

Having initially labelled itself as a ‘blue wine’, Gik is now labelled as an alcoholic drink based on wine (99%) and wine must (1%).

The wine is available to buy online and the brand is currently in talks with French distributors with the aim of selling it in France.

Le Bail originally intended to make blue wine Vindigo in France but was met with resistance. Settling on Spain instead, he teamed up with a winemaker in Almeria to turn his blue wine dream into a reality.

Around 35,000 bottles of Vindigo have gone on sale in Sète, a port city in the South of France, at €12 a bottle. According to Le Bail the wine boasts aromas of cherry, blackberry and passion fruit, and pairs well with seafood and oysters.