The WSET has recorded its biggest ever year with a record 94,822 candidates taking up courses in wine and spirits in the past 12 months – an increase of 11% on the previous year. 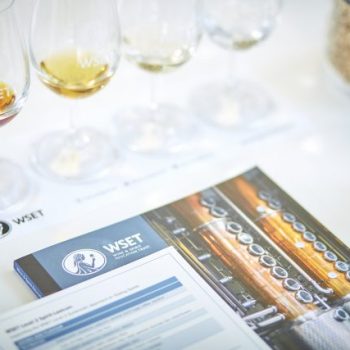 In particular, the organisation noted an increasing demand for spirits education, in line with rising sales of spirits worldwide.

Euromonitor reported a 5.8% growth in the volume of spirits sold in the UK over the last five years, with vodka, whisky and gin dominating sales.

The WSET Level 2 Award in Spirits was the qualification that saw the highest rise in the UK, and globally, with candidate numbers up +43% in the UK versus last year and +55% worldwide.

“2017/18 has been another successful year for WSET as we continue to strengthen our offer to maintain our ‘best in class’ reputation,” said WSET chief executive Ian Harris.

“Global demand makes wine education the bread and butter of our business, but it is great to see such high growth in spirits qualifications as we prepare for the launch of the first WSET Level 3 Award in Spirits next year.”

In terms of which countries are taking up WSET courses, China is at the top of the table with the highest total number of WSET candidates.

The UK remained strong with a total of 19,460 candidates, matching last year, while USA saw the strongest growth of the top three markets with candidate numbers up by 24% to 14,204.

This year also saw both Brazil and the United Arab Emirates enter the top 10, having seen “phenomenal growth” in WSET candidate numbers, which increased by 40% and 75% respectively.

Brazil’s Eno Cultura, winner of WSET’s Educator of the Year Award 2017, has been spreading WSET course availability across the country, while the UAE’s rising candidate numbers have been largely driven by the thriving hospitality scene centred around Dubai. Jumeirah Hotels, for example, have started running courses in-house for staff.

More than 110 new Approved Programme Providers (APPs) opened over the last year, with courses set to launch in new markets Gibraltar and Uruguay.

The “first-of-its-kind” Level 3 Award in Spirits will undergo an intensive pilot programme, while materials will be finalised for the Level 2 Award in Wines and the new flagship Diploma in Wines. Further details about these courses will be announced in Spring 2019.