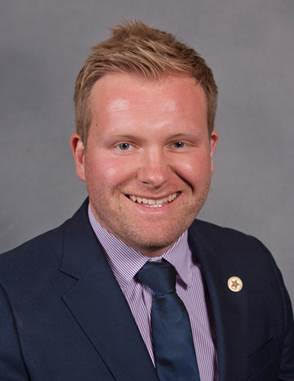 He joins from PepsiCo, where he previously held the role of Tesco Sales Director, responsible for leading the commercial business across multiple categories and markets.

Billinghurt spent 10 years at PepsiCo, working with a number of retailers within the multinational food and beverage giant, including Tesco and Morrisons.

He will replace Neil Barker, who was named as William Grant’s commercial director in May last year, but recently took on the role of managing director for UK and Ireland.

The appointment comes after a number of significant internal moves which saw Neil Barker become an MD, while Rita Greenwood was also promoted to Managing Director of Europe, Middle East & Africa (EMEA) in late 2017.

“Matt’s ambition to develop our business in new trade channels can already be felt,” Barker said.

“I’m delighted that someone of Matt’s calibre is joining William Grant & Sons at such an exciting time in our Premium Spirits growth journey – his experience of advanced multi-channel customer partnering is second to none.”

Billinghurst said: “I’ve already been impressed by the drive of William Grant & Sons UK to be a progressive premium spirits leader whilst maintaining the quality, passion and heritage of a five-generation family business.

“It’s clear that I have joined a dynamic UK team and I’m excited to accelerate the commercial agenda with all our customer partners in the future.”