The case of a Japanese winemaking couple facing deportation from France has caused an outcry in the country. 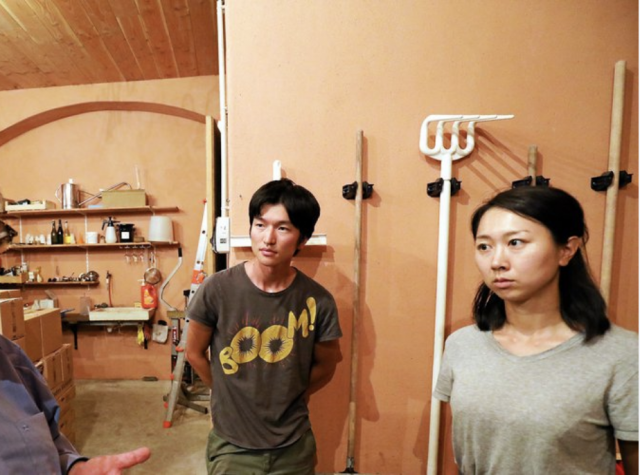 Rie and Hirofumi Shoji (pictured) make a red wine from their 3.5 hectare vineyard near the pretty seaside town of Collioure near Banyuls in Roussillon.

Having lived in France legally since 2011, the pair trained in Burgundy for several years before being able to acquire their own domain in 2016. Remarkably, their early efforts have led to widespread acclaim and won them many enthusiastic supporters.

Called ‘Pedres Blanques’ (‘White Stones’ in Catalan) the wine is made ‘naturally’ using Grenache and the first vintage (the 2017) has already been picked up by numerous restaurants including the Michelin-starred El Celler de Can Roca over the border in Spain and Le Verre Volé in Paris.

Local wine shops are lucky to receive even a tiny allocation, small amounts have found their way to several other countries including the US and Denmark and 75% of the not-even-produced 2018 vintage has already been reserved according to reports.

Nonetheless, back in April French authorities issued a deportation order, saying that they do not consider the vineyard economically viable; the suggestion being that the pair could become burdens on the state purse should they struggle to pay their taxes etc.

The couple are fighting the deportation order and their lawyer was quoted in the French press as saying: “Experts in the administration claim their vineyard is not economically viable; that they won’t have the means to survive even though the prices of their wines have shot up and even though they paid all their living costs and taxes and have invested €100,000 of their own savings in their vineyard and borrowed €50,000 from the bank.”

He argued further that the Shojis have shown, for many years, that they have a clear and coherent plan and have not benefitted from state subsidies. Locals involved with the local on and off-trades have been widely quoted as saying what a “shame” and a “great loss” it would be to the area if the Shojis were made to leave.

Other commentators have pointed out that the Shojis can hardly be the only winemakers in the region to not be hugely profitable.

‘If France does not want us, we shall leave,” the Shojis are reported as saying. They are, apparently, shocked by the decision.

The case is to be heard by a judge in Montpellier this September. A petition calling for the couple to be allowed to remain in France has so far received over 25,000 signatures.