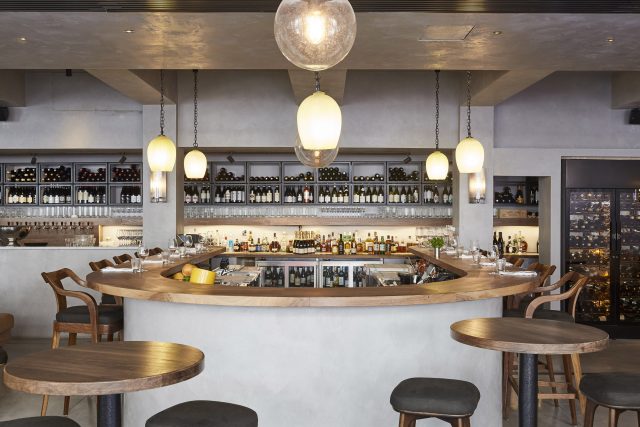 The concept: Named after the Shoreditch street it resides on, St Leonards is the lovechild of a collaboration between the punchily monikered Jackson Boxer of Brunswick House and the beautifully bearded Andrew Clarke, whose food first blew me away many moons ago at a long boozy lunch at Salt Yard on Goodge Street.

The story goes that the pair had the idea for St Leonards a few bottles into an epic lunch at Jackson’s mum’s farmhouse in Sussex, and Boxer pays homage to his roots by sourcing some of his meat and veg from his family farm.

The décor: St Leonard’s is a tale of two interiors, with diners able to choose to sit up at the horseshoe-shaped wooden bar or in the pared down restaurant. 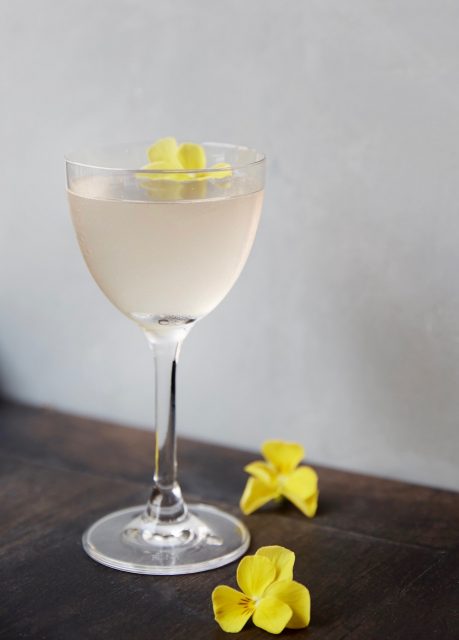 The room is brightened by bursts of greenery that brings the outside in. Dainty trees spring from wooden wine barrels in each corner of the room. Up at the bar amphora hint at the natural leanings of the wine list.

The bar stools are so high they made me feel like a Borrower. Once scaled, they were among the comfiest I’d ever parked myself on.

The drinks: The legend that is Tony Conigliaro came up with the cocktails – he’s a busy man, having just opened the gloriously glam Gazelle in Mayfair.

Rather than trying to reinvent the wheel, Conigliaro has sensibly stuck to classics like the Martini, Negroni and Paloma, with a few unsung gems like the Tuxedo, the Harvard and the Corpse Reviver No. 2 mingling among the celebrated sips.

On the wine front head sommelier Donald Edwards has come up with a corker of a list that shines a light on boutique growers with stories to tell.

Interestingly, the highest number of wines by the glass fall within the ‘oxidative and dessert wines’ category, with seven to choose from, running the gamut from a salty Lustau fino to a honeyed 1997 Sauternes from Château Coutet.

My chestnut brown glass of 1976 Arbois Vin Jaune from Henri Maire offered a savoury explosion of nutty flavours that harmonised with the almonds in a sublime grilled leek and almond cream starter given depth by its smoky char.

Among the reds by the glass was a Bobal priced at just £4 a glass, and an Aglianico from Campania producer Vigneti Tardis. Stealing the show however was a charmingly bright and juicy Beaujolais Village 2016 from Damien Coquelet priced very fairly at £6.50.

I’m glad Tequila is enjoying its moment in the sun – few cocktails provide more refreshment on a scorching summer day than an ice-cold Margarita, save for perhaps a Daiquiri.

The food: St Leonards goes big on fire and ice via an ice bar and open hearth cooking. As is the case with many restaurants now, the full restaurant menu can be enjoyed up at the bar, which also has its own menu of snacks.

The aforementioned grilled leek starter was sensational, as was an equally nutty dish that married almonds with beetroot, black garlic and fromage blanc in an unctuous union of earth and cream.

Sure to become the signature bar snack is the fried fish sarnie rammed with tangy kelp gribiche and pickles. Served in a sweet brioche bun, the generous hunk of fish coated in a crunchy Panko crumb is the stuff of seaside dreams.

I gobbled it up in a few greedy bites, the salty tang of the pickles and creamy gribiche marrying seamlessly with the fluffy white fish in its crunchy coat of armour.

Who to know: Keep an eye out for Andrew Clarke – you’ll spot him by his beard. Wine lovers should seek out head somm Donald Edwards, who was enjoying a rare night off on our visit.

He makes his own wine in Hungary and is so passionate about fermented grapes he has a corkscrew inked on his forearm.

Last word: We loved nearly everything about St Leonards – with its hipster location, on trend sharing plates packed with flavour and quirky wine list, Boxer and Clarke are onto a winner, but they need to sort their service out first.

The staff were friendly and accommodating, but the room was rammed and in need of more waiting staff. Those that were on the floor seemed visibly anxious about the number of orders they were trying to remember and we waited over 45 minutes for our second main course to arrive.

They seem to have all their other ducks in a row, but the vital element of smooth service is sadly lacking at the moment and lets the side down. This is something that can easily be improved, and when it does, St Leonards will be a wonderful place to while away the hours over reasonably priced wine and killer cocktails.