Australian food and beverage company Lion, which is a subsidiary of Japanese drinks giant Kirin, has acquired a 100% stake in Bermondsey-based craft brewery Fourpure for an undisclosed sum. 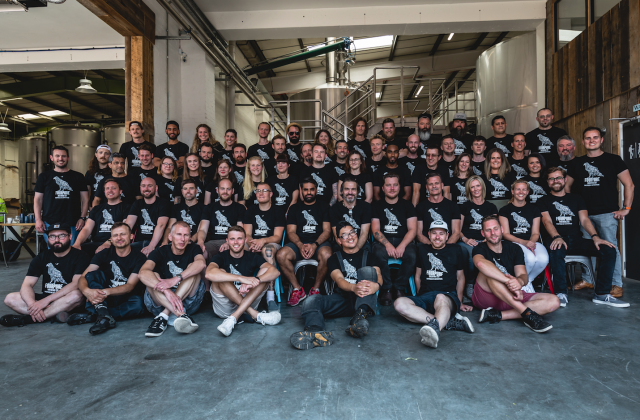 Announcing the news in a blog post on its website, Fourpure explained the decision to sell to Lion.

“You’re also probably expecting “business as usual”, “nothing will change”, “more of the same”. Whilst the beer and the culture and the people will be the same…we truly hope that you will see some change, otherwise why would we bother?” the statement read.

Brothers and co-founders Dan and Tom Lowe will remain at the company and the brewery hopes to hire an additional 30 members of staff over two years as it continues to invest in its Bermondsey home for the “short to medium term”.

Earlier this year, the brewery hired 20 extra staff members and invested £2.5 million in new technology which aimed to increase its output by up to 14 million pints a year.

In its statement, Fourpure described the deal as a “lengthly process” which involved speaking to a “broad range of investors” and being “transparent about our ambition to our team and the industry”. The brewery added that it had explored gaining funding from private equity, bank debt and crowdfunding.

It added that there are “no current plans” to brew Lion beers at its Bermondsey brewery and that it’s focus will instead be on fulfilling growing demand for its beers.

Based in Australia, Lion owns craft beer brands including Panhead and Emerson’s in New Zealand and Australia’s Little World Beverages which produces craft brands such as Little Creatures and White Rabbit. As well as these brands, the company has a portfolio of brands in the beer, wine and dairy sectors, employing 6,500 people across Australia and New Zealand with 34 production sites in total.

Lion’s Global Markets (LGM), founded in 2015, aims to promote Lion’s Australian and New Zealand craft beers and ciders overseas. A much smaller team, LGM has labelled the UK as a key market for the growth of its brands.

Parent company Kirin Holdings, which as well as the Kirin Brewery Company and Kirin Beverage Company, also has a 55% stake in Myanmar Brewery Ltd, jointly owns San Miguel Brewery and has a 24.5% stake in Brooklyn Brewery.

Four Pure’s statement continued: “We’ve now reached a point where if we want to reach more people and get them drinking good beer, then we need more resources, equipment, and amazing people.

“This really was an easy decision in the end. Not only are the people at Lion terribly nice and incredibly positive, they share our vision and believe in us to carry it out. Not to mention a fantastic track record with the likes of Little Creatures.

“Lion are four people in the UK – they do not have a string of pubs to roll our beer out into, we will still have to win over every new line through the quality of our product. They, like us, choose to do something because it is hard, not because it is easy.

“They see Fourpure and our beer as a primary focus here in the UK and as their sole production brewing facility we will benefit from all the time, expertise and investment required to succeed, and that means that everything around the brewery will be a little bit easier and a little bit better”. 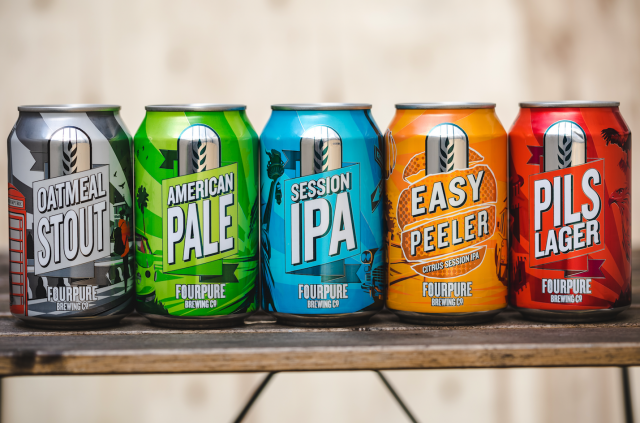 Fourpure co-founder and CEO Daniel Lowe said: “Over the past 12 months we’ve been working hard to find the right investment path for the next phase of the Fourpure story. While in four short years Fourpure has grown to become one of London’s leading independent modern craft brewers, we knew we couldn’t take the next adventure alone. We met Lion towards the end of our process after a wide range of funding options had been considered, and quickly realised we had a shared vision and values.”

“It was clear from the very first meeting that Matt and the Lion team understand the needs of a craft brewery and share our aspirations for quality and sustainability. Lion’s past investments in craft breweries in Australia and New Zealand, including Little Creatures, have always respected the beer and the people”.

Fourpure added that it will continue to expand its presence in the UK, but will also focus on Europe and Singapore where it is already established and where it will benefit from Lion’s ‘gateway city strategy’. Later on, the two brewers will look at how both of their sales and distribution channels can be used to reach more drinkers in other global markets.

Lion Global Markets managing director Matt Tapper added: “Lion has a long and proud history in craft beer in Australia and New Zealand and we’re thrilled to have the opportunity to back Dan, Tom and the team to take Fourpure into its next chapter. The guys have done a superb job in getting the business to where it is now and we love how innovative they’ve been in both beer styles and the way they have positioned the brand. We’re making real progress in making our craft beers like Little Creatures available in the UK and Europe and we see some great opportunities to work together to get these and Fourpure’s brews in the hands of more beer lovers.”

Fourpure now joins fellow London breweries Meantime Brewing, Camden Town, London Fields, Brixton and most recently Beavertown, who have all been either acquired or received significant investment from a big brewing company.

Founded in 2013 in what has become known as the Bermondsey Beer Mile, Fourpure has recently been added to shelves at Waitrose and also brews beer for Marks & Spencer’s own label range. According to the brand it represents around 5% of the volume share of the UK craft beer market.

In 2014, it was crowned ‘Roux Brew’ by chef Michel Roux Jr in a competition, organised by the London Brewer’s Alliance, which saw 12 London breweries battle it our for the title and to be served as a special “house” beer paired with seasonal summertime food at the Michelin 2 starred Le Gavroche, Roux at Parliament Square and the Landau restaurants.