25,000 bottles of Champagne to be drunk at Wimbledon

A whopping 25,000 bottles of Lanson Champagne are due to be cracked open at Wimbledon over the next two weeks as the house celebrates its 17th year as the official supplier of the Championships. 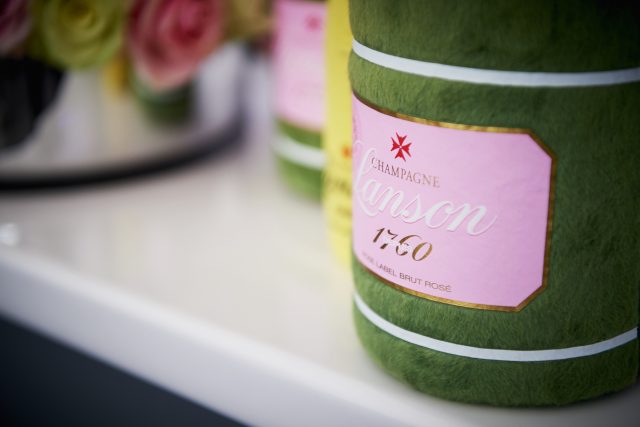 Ringing in its 17th year as Wimbledon’s exclusive Champagne supplier, Lanson kicked off the celebrations on Monday during the first day of the tournament.

“The lovely thing about Wimbledon is that you get such a broad age profile coming through the gates. You’ll see so many people enjoying a bottle of Champagne and eating strawberries. They go hand in hand and it’s all part of the experience,” Beavis said.

“As a brand that embodies excellence, innovation and celebrates achievements, Champagne Lanson continues to be proud of its achievements and its selective sponsorship programme, and above all our association with The Championships, Wimbledon,” he added.

Beavis also spoke of the growing success of Lanson White Label – a demi-sec designed to be enjoyed with orange peel, raspberries or sprigs of mint.

“White label has just started to take off in places like Mykonos, Majorca and Ibiza,” Beavis told The Sun.

“Millennials are a great market for us. There’s a younger audience drinking White Label because the bottle is white and gold. It’s for people who want to have fun,” he added.

During the first day of the tournament, guests at the Lanson marquee enjoyed glasses of Lanson Green Label Brut Organic, Extra Age, Rosé and White Label.

In addition to 25,000 bottles of Champagne, thirsty tennis fans are also expected to guzzle around 303,277 glasses of Pimm’s and scoff 72,142 sandwiches.

During lunch Dantan spoke to db about his desire for Lanson to be leaders of organic viticulture in Champagne, and his belief in the power of biodynamics.

Lanson launched its Green Label last year, made with certified organic grapes from the 2012 vintage grown at a single vineyard in the Marne Valley around the village of Verneuil.

While he is keen to manage the Green Label plot biodynamically, the house is not currently seeking certification.

As for the 2018 harvest, Dantan is optimistic about the quality, but is gearing up for another early harvest, which is likely to begin in August.

Those unable to make it down to the Championships can get their Lanson fix elsewhere during the tournament – the Champagne appears as part of an afternoon tea at Egerton House Hotel in Knightsbridge, with strawberries and cream at The Farmers Club in St James’s, and served with a side of caviar at Caviar House & Prunier in Piccadilly.