On this day 1494…first mention of Scotch distilling

On 1 June 1494, the Exchequer Rolls of James IV of Scotland record the granting of malt to a monk in order to make “aqua vitae” in what is considered the first recorded mention of whisky – or at least distilling – in Scottish history. 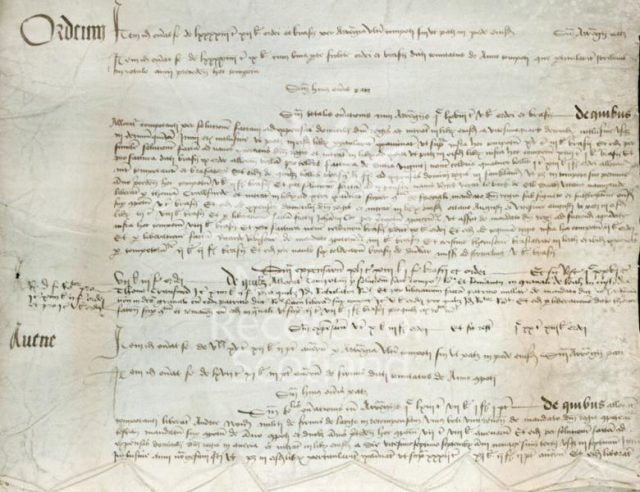 The Exchequer Rolls of medieval kings were the records of royal income and expenditure and for those interested in drinks they are often filled with sometimes tantalising and sometimes very detailed references to wine, beer and, later on, spirits.

The entry in question in this instance records: “To Friar John Cor, by order of the King, to make aqua vitae VIII bolls of malt.”*

Historians are broadly in agreement that by specifically referring to ‘aqua vitae’ and the reference to malt (barley) in order to make it, Friar John Cor or one of his fellow friars must have been making spirits.

Aqua vitae means ‘water of life’ in Latin as does the Gaelic ‘uisge-beatha’, which was subsequently anglicised as ‘whisky’. Thus, goes the argument, this mention in 1494 marks the first record of whisky – or at the very least distilling – in Scotland.

There is of course no evidence of exactly the sort of spirit Father Cor was producing. It was certainly not ‘Scotch’ in the sense we understand it today, there is no indication that it was aged in barrels for instance or certainly not for any length of time and given the people of the middle ages tended to prefer their wines to be clear and limpid, it is very likely the first spirits were clear as well and the brown spirits we so prize today were considered undesirable in the same way that Dom Pérignon would later seek to eliminate the bubbles from his wine.

The final spirit would also have been flavoured with herbs and spices and so, in a way, was more like a gin than a whisky. On the other hand, like any Scotch distillery worth its salt the abbey had its own water source (it is extremely close to the River Tay), Holy Burn, with which to help make its spirit.

In an aside, it is said William Wallace and his men satyed at the abbey following their victorious skirmish with the English at Earnside in 1304. Scooping up a handful of water from the burn, the weary Wallace is said to have remarked that: “The wine in France I ne’er thought half so good.”

Nor is much known about Father Cor and his exact involvement in the distilling of this ‘aqua vitae’.

It is known that he was a friar of the Tironensian Order and lived at Lindores Abbey in Fife: the Tironensians being, as so many other orders were, a stricter off-shoot of the Benedictines.

Cor’s exact position in the abbey is unclear but he is often mentioned in the records and must have been a figure of some standing; he is later mentioned in the Exchequer Rolls as receiving a gift of money from the king at Christmas and black cloth for clothing when serving for a period as a clerk in the royal household.

But was he or another brother friar the distiller at Lindores Abbey? It is likely we shall never know for sure and so Friar John Cor shall remain the first person we know of directly connected to distilling in Scotland.

What we can suppose from the records is that distilling pre-dates 1494 and that the amount being produced was not inconsiderable.

The origins of distilling are very old, being known to the ancients who distilled water and made some weak alcohol from the process and it was also used by the Arabs for making perfumes.

Although scholars and alchemists likely experimented with distilling in early medieval Europe, large scale distilling for both medicinal use and general consumption probably didn’t make much headway until the very late 14th and more likely 15th and 16th centuries.

Just six years after its mention in Scotland, over in Germany Hieronymus Brunschwig would publish his book on distillation techniques ‘Liber de arte distillandi de simplicibus’, which suggests it is around this time that the process was being increasingly refined and widespread.

Although the malt for the production of the spirit was provided by the king, there is little indication that the resulting aqua vitae was intended for his consumption and is more likely to have been retained for future use as a medicine.

There would have quite a lot to go round though. A ‘boll’ was an old Scottish measurement derived from the word ‘bowl’ and while these units can be hard to convert accurately in modern terms, it is generally stated to be the equivalent of 1,500 70cl bottles today – evidence indeed that distilling was pretty well established at this point.

Unfortunately, neither the Abbey nor its royal patron came to happy ends. James IV was cutdown by English billmen along with many of his nobles at the Battle of Flodden in 1513 and Lindores was attacked and overthrown by Reformers in the later 16th century, the final time in 1559 by the rabble rousing minister John Knox, and was left in ruins, its buildings quarried for stone and slate and its clock ending up in Edinburgh. 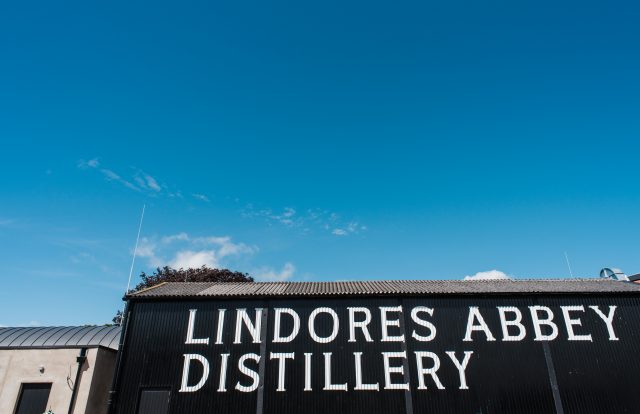 Yet distilling at the site continues today. The site was bought in 1913 by John Howison and his grandson, Drew McKenzie Smith, has revived spirits making there within sight of the abbey ruins.

Permission for a distillery was granted three years ago and the first new spirit was produced in December last year.

Although the Lindores Abbey Distillery is aiming to make Scotch whisky it will not be ready until at least 2021 and the distillery is hoping to age it at least five before release.

In the meantime, however, drawing on the historical record, it has produced an ‘Aqua Vitae’ flavoured with cleavers (goose grass), lemon verbena, douglas fir and sweet cicely which are all grown in the grounds of the old abbey.