Around 330,000 staff currently working in the UK hospitality industry are considering leaving the UK due to Brexit, which could result in a severe shortage of staff, according to the findings of a YouGov survey. 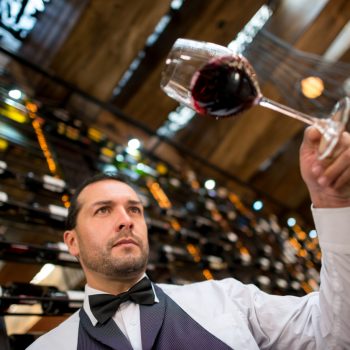 The survey, launched by workforce collaboration software company Planday and conducted by YouGov, was conducted online in April 2018, with findings based on 261 hospitality management interviews and 407 hospitality worker interviews across the UK.

It reveals  that just over one in ten workers (11%, which is equivalent to around 330,000* staff nationally) working in UK restaurants, catering, bars and hotels are thinking about leaving the UK as a result of Brexit.

This is in contrast to hospitality managers’ expectations that only around 4% of their workers are considering leaving the UK due to Brexit.

3% of hospitality managers predict that they will be forced to close their businesses as a result of Brexit, which nationally could equate to around a £1.1 billion loss for the economy based on the estimated £37 billion that SMEs (micro, small and medium-sized enterprises) contribute to the economy.

UK a ‘less welcoming place to live and work’

Overall, 53% of workers think that Brexit has made the UK “a less welcoming place to live and work”.

“These findings show to us the depth of the potential impact of Brexit on the UK economy, with the hospitality industry being hit especially hard,” said John Coldicutt, chief commercial officer for Planday.

“There’s clearly false confidence within the hospitality sector with almost three times as many workers considering leaving as managers expect. Now more than ever it’s crucial that managers make sure they have the right infrastructure in place to engage their employees and build genuine loyalty.”

Specifically, 30% of workers expressed some form of concern about their job as a result of Brexit, with immigration top of the list. 24% (equivalent to around 86,500 people nationally) of those polled who are born outside of the UK said they were concerned they would be forced to leave.

Other concerns among staff include expectations of a pay decrease (11%) or being made to work longer hours (6%). About a third of managers (32%) who haven’t done so already think they will have to pay higher salaries and will experience labour (21%) and skills shortages (15%) as a result of Brexit.

Calling on the government to do more to support the industry, Peter Ducker, chief executive of the Institute of Hospitality, said: “Brexit will present some fundamental challenges to our sector if the changes proposed around immigration are approved, given the sheer number of staff and businesses that would be affected.

“These results clearly show the need across the sector for forward-planning and we are encouraged to see evidence of the industry stepping up to the challenges ahead through increased training and upskilling as well as the many innovative recruitment strategies we know our members are starting to put in place.”