The controversial German wine collector whose name and reputation will be forever linked to the ‘Jefferson bottles’ and several other authentication disputes has died aged 76. 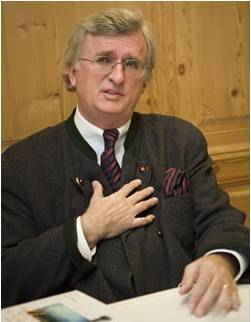 According to a notification posted in the Süddeutsche Zeitung, Hardy Rodenstock (real name Meinhard Görke) died on 19 May this year in Oberaudorf in southern Bavaria. His remains are to be interred in Kitzbühel.

A German site, weinkenner.de, reported he passed away after a long illness.

Having made his way in the German music industry where he managed pop and ‘Schlager’ music acts and where he adopted his new name, Rodenstock rose to prominence in the mid- to late-1980s on the wine scene with his tastings featuring spectacularly old and rare vintages.

Beginning in Germany with friends and collectors and gradually drawing in German celebrities, Rodenstock rose to global prominence in 1985 with the news that he had uncovered a cache of bottles (the exact number was never revealed, although Rodenstock once mentioned 30) in Paris of Château Lafite, Yquem and Branne-Mouton (later Mouton Rothschild) dating from 1784 and 1787 and marked with the initials ‘Th. J’; with the implication being they had been the property of the well-known oenophile and US president Thomas Jefferson.

The ‘Thomas Jefferson’ bottles as they became known caused a sensation and when Rodenstock put one bottle of 1787 Lafite up for sale at Christie’s in London on 5 December it was snapped up by Christopher Forbes for £105,000, still a record for a single bottle of wine.*

In 1998 in Munich he held a 125-vintage vertical of Château d’Yquem which was attended by the estate’s then-owner Alexandre de Lur-Saluces, Michael Broadbent MW, Jancis Robinson MW and Robert Parker (Robinson has written about her experiences on her site which can be read here), as well as Denis Durantou, Angelo Gaja and Georg Riedel.

But in the late 1990s doubt was beginning to set in, with David Peppercron MW and Serena Sutcliffe MW questioning the authenticity of imperial bottles of Petrus from the 1920s and ‘30s that had been served at two of Rodenstock’s tastings in 1989 and 1990.

Petrus’s owner, Christian Moueix, has said he thinks it “highly improbable” that Petrus was ever bottled in imperials in the vintages in question, indeed, before 1945 anything above a bottle size might be considered suspect.

In 2005, wine collector Bill Koch tried to exhibit his four bottles of ‘Thomas Jefferson’ Lafite and Branne-Mouton at the Boston Museum of Fine Arts. Asked for provenance, the four bottles were traced back to Rodenstock but no further at which point they were examined.

Upon authentication it was concluded the bottles were likely fakes and so began a long and bitter legal battle over the course of 2007 and 2008, which was stymied by Rodenstock’s refusal to answer summons in the US.

Koch later went after Royal Wine Merchants who handled a suspicious number of rare vintages in large formats, many of which had come from Rodenstock, to the 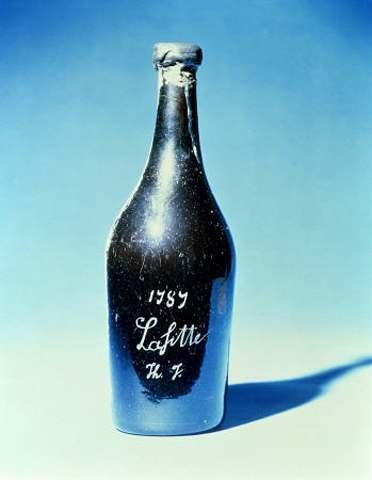 extent that Parker even went so far as to accuse the company outright that it was selling fake wines.

Rodenstock denied all claims and allegations made against him throughout his life but always refused to reveal the sources for any of his wines or to have them tested or examined in any way – even when German magazine Der Stern offered to pay for the authentication of one of the Thomas Jefferson bottles itself.

The whole affair however thrust Rodenstock into the spotlight and caused such mistrust that he melted away from the wine scene almost completely and divided his time between Munich, nearby Kitzbühel and Marbella. He was also fortunate, perhaps, that his own notoriety was about to be eclipsed by the quite extraordinary fraud perpetrated by one Rudy Kurniawan.

Although suspicions surrounding the veracity of many of the rare wines Rodenstock was linked to, he was never formally arraigned or found guilty of any fraud in the US although in Germany in 1992 a former friend and customer, Hans-Peter Frericks, accused him of selling fake wines in a case which was brought to trial. A German judge found him guilty although the matter was settled out of court on appeal.

A former specialist at Sotheby’s once inspected Frericks cellar but rejected it on the grounds it was “full of fakes” and concluded Frericks had, “definitely been defrauded”.

Many in the wine trade have their opinions on Rodenstock and the level of his guilt and complicity in wine fraud and what makes his case so intriguing, compelling and even infuriating is how tight lipped he remained about it all and now, with his death, the whole truth may never be completely known.

Unfortunately, as with Kurniawan, the true extent of his alleged fraud and how many fake bottles may have made their way to market and are still there may also never be known and they will, of course, outlive their creators.

The case of Hardy Rodenstock may in time come to represent something of an end of innocence for fine wine but also, hopefully, as the start of a more rigorous, responsible and transparent one as well.

*Put on display the cork dried out under the hot lights of its display case and turned the wine to vinegar. A well-known book on the whole affair by Benjamin Wallace that was published in 2009 was titled: ‘The Billionaire’s Vinegar‘ and concluded that Rodenstock had faked the whole thing – Rodenstock dismissed it as “fantasy” but also said he hadn’t read it.