Managers in the hospitality sector aren’t doing enough to support staff with mental health issues, according to a new survey examining the impact of depression in the UK labour market. 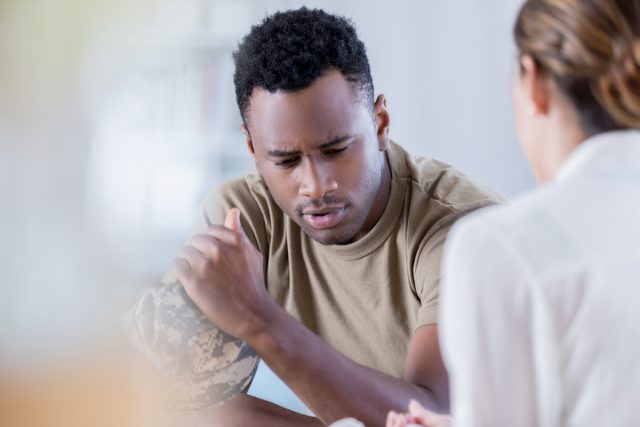 The survey, carried out by jobseeker site CV Library, found that just over half of staff working in bars, restaurants and hotels (52.2%) have considered resigning from a job due to lack of support in place.

Just over 46% of respondents said that aspects of their job cause them to feel anxious or depressed.

The news comes after celebrated chef, author and TV personality Anthony Bourdain took his own life this month. Bourdain was found in his hotel room in France on Friday, where he was filming for his CNN travel series Parts Unknown.

Chris Porter, the head of the drinks industry charity The Benevolent, chaired the trade’s first-ever mental health seminar at the London Wine Fair this year. Panellists, including business psychology specialists and industry veterans, tabled strategies and systems that companies could put in place to help their workforce.

“We are humbled that so many have spoken so openly about their experiences and that alone proves the need is there and that the subject need no longer be taboo,” he said.

“It is only the beginning of our ongoing mission to widen it further.”

The panel discussion threw up inconvenient truths of its own. The Benevolent also surveyed people working in the drinks trade to see how they saw the issue.

Four out of 10 respondents said they had never spoken to anyone at work about their mental health issues, with a strong perception that the topic is taboo still prevalent. Nearly half (48%) said they thought it would damage their careers.

The seminar followed the launch of a campaign by The Benevolent to bring issues surrounding mental health to the forefront of the drinks trade, an initiative that won the Best Trade Campaign award at The Drinks Business Awards 2018.

“Charities now have a much higher national profile to discuss about mental health,” said Miles Beale, chief executive of WSTA, one of four panellists to take part.

“We should challenge ourselves on making the conversation about mental health a daily experience instead of an intervention to a problem.”