UK restaurant group Côte is the latest to announce potential closures from within its ranks, following in the likes of Jamie’s Italian, Strada and Byron Burger, citing the “very challenging” conditions faced by restaurateurs in the casual dining sector. 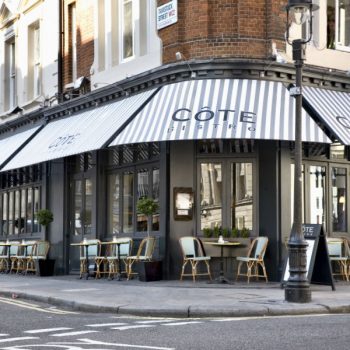 As reported by Sky News, the group, which is owned by the private equity firm BC Partners, is considering closing some of its smaller Jackson + Rye and Limeyard restaurants, as it struggles with the “well documented headwinds” in the restaurant sector.

The company bought both brands in 2016, and the closures would affect a relatively small number of outlets, with the core Côte brand not under consideration.

According to reports, Côte is likely to rebrand or dispose of several sites in response to the challenging conditions.

Cote was bought by BC Partners in 2015, and said in accounts filed at Companies House for the year ended 30 July 2017 that its board was “very pleased with the performance…despite the challenging economic conditions facing our industry”.

The company said total sales growth during the period was 15.8%, with like-for-like growth of 4.1%.

A spokeswoman for Cote said: “In some instances we have closed or sold outlets and we are working hard to find viable options for others while continuing to support those that are trading well.

“Our Côte restaurants continue to perform well which is a testament to the strength of that offer in what remains a very challenging environment.”

It follows the well-publicised difficulties of several UK restaurant chains, including Jamie’s Italian, Prezzo and Byron Burger, all of whom have closed significant number of outlets in recent months to counteract a challenging economy.

Last month Jamie Oliver’s Barbecoa restaurant in Piccadilly closed, entering administration, while the restaurant’s sister site in St Paul’s was rescued after Oliver’s group scrambled to broker a last minute deal to acquire its assets through One Change Limited, a wholly owned subsidiary of Jamie Oliver Restaurant Group that was set up only three weeks ago.

Meanwhile Italian restaurant chain Prezzo announced this morning that it was preparing to close a third of its restaurants, close to 100 of its 300 restaurants, as part of a rescue bid.

Independent restaurants have also not been immune to the challenges faced by the casual dining sector. In March, L’Anima in the City closed its doors after 10 years in business, with owner Peter Marano blaming the tightening of expense accounts and client entertaining in the financial sector.

In January brothers Chris and Jeff Galvin announced the closure of their Galvin Bistrot de Luxe in Marylebone over rising rents in the capital, compounded by the decrease in the value of the pound and European staff leaving. The brothers reported that they had lost a fifth of their staff in the wake of the Brexit vote.

Cote was launched eleven years ago, with private equity firm BC Partners snapping up a majority stake in 2015.

It has 90 sites across the UK employing around 3,400 staff, including two Limeyard restaurants and four Jackson + Rye restaurants.