Japanese drinks giant Suntory is launching a clear, non-alcoholic ‘beer’ packaged in a plastic bottle which it hopes will be particularly popular with office workers. 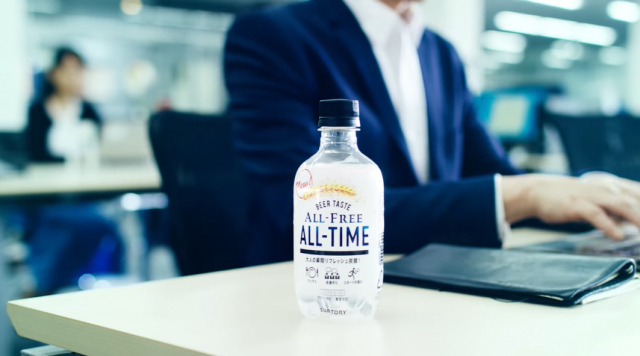 As reported by Japan Today, the drink is due to hit the shelves in Japan on 19 June. The product is an extension of the company’s existing product All-Free – a non-alcoholic beer, zero calorie beer sold in cans and glass bottles.

With the launch of the new All-Free All-Time, Suntory has made the product appear more like a soft drink, making it more ‘office-friendly’ by packaging it in clear plastic and rendering the liquid colourless.

The product claims to ‘taste like beer’ although it’s not yet clear whether, like All-Free, it actually smells like it. To what extent it can therefore be called ‘beer’ remains to be seen.

Suntory is also planning to conduct sampling of the new drink in convenience stores nationwide.