Dr John Forrest, the creator of a viticultural technique used by New Zealand wineries involved in a seven-year project to produce premium wines with naturally lower alcohol, has said that it’s capable of helping wineries across the world “to ameliorate the effects of global warming”. 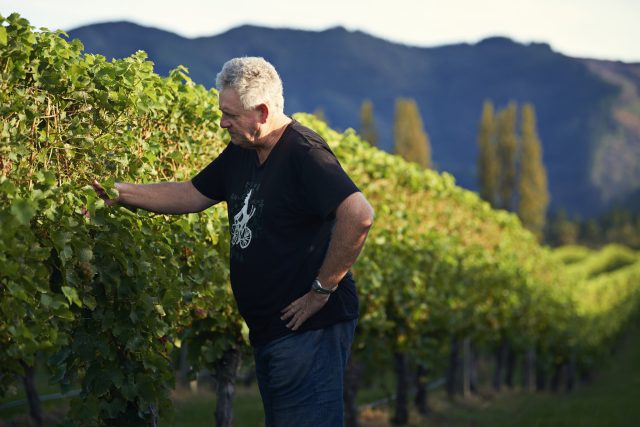 Speaking to the drinks business this week following the launch of two of his lighter wines into Marks & Spencer stores, Dr John Forrest thinks there is global potential for the technique he has developed.

The project – a NZ$17 million research and development initiative funded by New Zealand Winegrowers and the New Zealand Ministry for Primary Industries’ Primary Growth Partnership – is now four years in to its seven year total.

While Forrest views the lighter wines born out of the project as a “new category in wine,” the technique itself can aid the entire industry.

The method, which involves the removal of selected leaves to reduce the photosynthetic ability of the vine and thus the sugar accumulation, can be used by wineries that are struggling to control the alcohol levels in their wines due to global warming.

“I am confident to state that the process can be universally applied to white grapes,” said Forrest, who has spent the past three years attempting to achieve similar results in red wine, in his case, Pinot Noir.

“We’ve had enquiries from California from wineries that are achieving around 16-17% alcohol in their Chardonnays,” he said.

When asked if the technique could be applied to white grapes with lower acidity that that found in Sauvignon Blanc – the wine Forrest was showcasing – he said that it could indeed be used universally. 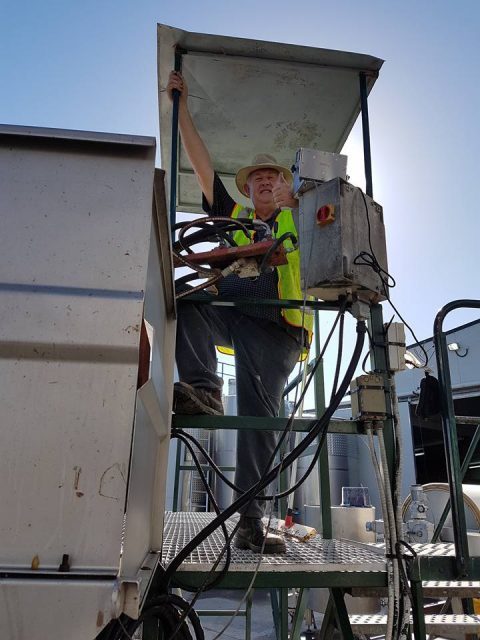 “We found that reducing leaves can actually increase acid drop by 5%. The grapes are harvested at same time – we’re not picking early – so it allows the same time as normal wine for the grapes to develop,” he said.

This means that while the sugar accumulation is reduced, the de-acidification, phenolic ripeness and flavour development are unaffected.

Forrest also told db that he experimented with the technique using Chardonnay grapes during an El Niño year in New Zealand three years ago.

“We produced one Chardonnay at 13% ABV and another lighter version at 10%. It proves that the technique has application across the entire industry to ameliorate the effects of global warming,” he added.

Forrest began researching methods of producing lower alcohol wine 10 years ago. After witnessing the popularity of 8.5% Kabinett Riesling, he believed that if he could produce a lower alcohol Marlborough Sauvignon, there would be a strong demand for the product.

“I started off in the winery by modifying the juice and trying to restrict the sugar and alcohol potential. The problem is that by doing that [de-alcoholising] you remove so much else”.

After three years’ of research, Forrest was still producing wines that were “thin and unsatisfying” and decided to change tact.

After reading a paper from a professor at the Geisenheim University in which it was recorded that small effects in lowering sugar in German Riesling could be achieved though leaf removal, Forrest began experimenting.

The result is his The Doctors’ range – named after both himself and his wife Brigid who are doctors.

“Our object from day one was to produce premium lighter wine and I think we’re very much on route to achieving this,” said Forrest.

When asked if reducing the alcohol by around 4-5% really does make a difference, Forrest gave the example of a gastro pub owner in Suffolk who stocks Forrest wines via local supplier Adnams.

“He told me that by stocking a lighter wine, he was picking up sales where he was previously losing them. He was getting a second glass of wine when before he was only getting one.

“He still stocks my higher strength wines and sales of those haven’t been affected,” he said, stressing that stocking a lighter wine wouldn’t damage sales of normal strength wines.

But will consumers really opt for a lighter wine when there’s only a 4-5% difference in alcohol? 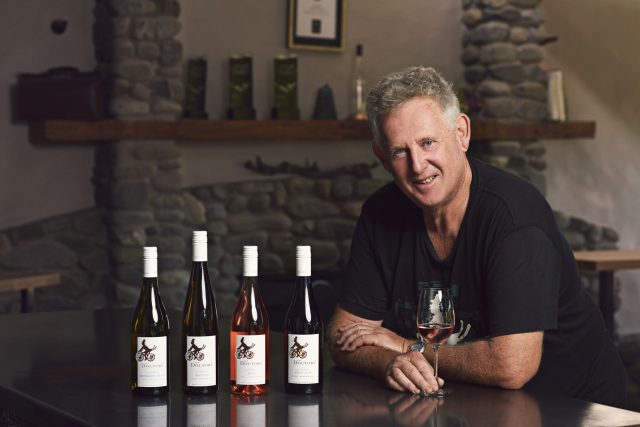 Forrest states that as soon as he reduced alcohol below 10%, people seemed much more willing to try it.

Like the £9.99 phenomenon, “the moment you say a wine is below 10% alcohol suddenly people become interested,” said Forrest.

His first light Pinot Noir is to be released in July this year in New Zealand and will also be in Waitrose and Booths in the UK later this year.

“Our lighter wines now account for 60% of the winery’s total production,” said Forrest, who added that the 2018 Pinot Noir was oversold.

After developing his technique for naturally lowering alcohol in white wines, Forrest gave the intellectual property rights to the lighter wines project.

He found that by removing two to three leaves in the middle of a shoot, the plant cannot compensate and the sugar is naturally lowered.

“Out of the 14 to 15 leaves, the first leaf comes out around 20 September while the last leaf doesn’t develop until March.

“Because of that, the leaves don’t behave in the same way. I like to call the bottom leaves ‘the 70-year-olds’ and the top leaves the ‘7-year-olds’.

“The middle leaves, ‘the 20-30 year olds’ do the most work. All the leaves have a different photosynthetic ability, so if you remove two to three leaves from the middle that are best at photosynthesising, the plant cannot compensate.

Forrest has commercialised this technique by repositioning the canes in the winter, moving them up by a foot. In so-doing, he is able to run the motorised trimmer across the top, cutting off the right leaves at no extra cost.

Around 20 wineries are now using Forrest’s technique, while the project is also experimenting with irrigation control and yeast genetics in order to produce naturally lower alcohol wines.