News has been circulating about the theory that sinking gin and tonics all summer helps to ease hay fever symptoms. 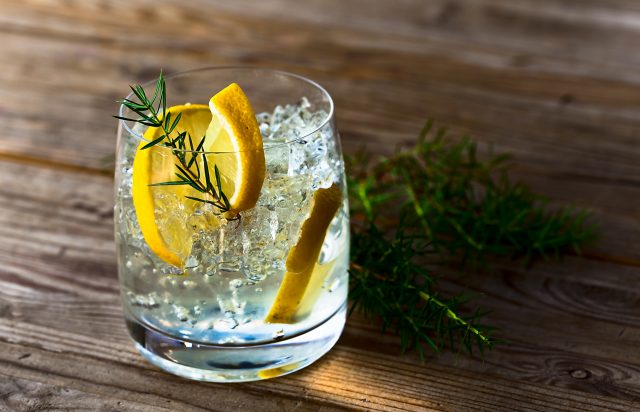 The report, which first appeared in the Birmingham Mail this year claims that while beer and red wine are thought to aggravate allergies, white spirits might actually be good for you on summer days spent outside.

Around 75% of people who have asthma say alcohol triggers their symptoms, according to research by Asthma UK.

But the charity claims that it could just be the type of alcohol you imbibe which worsens your symptoms, as “for some people, symptoms are triggered when they drink any kind of alcohol, while others may only find symptoms come on when they have a particular kind of drink.”

Red wine is the worst for triggering symptoms, followed by white wine, beer and then cider.

As well as ethanol (pure alcohol), alcoholic drinks can also contain sulphites — an essential for many winemakers and brewers — and histamine, which is a substance released in the body during an allergic reaction.

Both of these are more commonly found in darker drinks, such as beer, red wine and brown spirits.

White spirits such as gin and vodka, however, typically have a lower histamine count.

Essentially, if you are sensitive to pollen during hay fever season, drinking a G&T might stop your symptoms from getting worse, if the only alternative was drinking craft beer.

But this doesn’t mean that gin eases your itchy eyes and runny nose. Gin may be lower in histamines, but it is not completely devoid of them.

And on top of this, the research focused on asthma sufferers only, so applying the same logic to hay fever is not reliable.

Asthma UK states that as a rule, any alcohol has the potential to “make your asthma symptoms worse.”

“Histamine is produced by the body in response to a potential allergy, but ingesting histamine may not have the same reaction in the body.”

“People who are allergic to substances such as pollens or grasses produce too much histamine and this causes sniffs and sneezes, but ingesting it doesn’t follow the same logic.”