Australian wine exports to China soared by 51% to AU$1 billion (US$777.2 million) in the past 12 months – the first time a single country has passed this mark – boosted by an import tariff reduction at the beginning of this year thanks to a Free Trade Agreement.

In the past 12 months ending in March, Australia’s wine exports to China including Hong Kong and Macau totalled AU$1.04 billion (US$808.4 million), accounting for almost half of Australia’s overall AU$2.65 billion (US$2.06 billion) worth of exports, according to the latest figures released by Wine Australia.

China dropped import tariffs on Australian wines to 2.8% for bottled wine at the beginning of this year in line with the two countries’ FTA agreement, which according to Andreas Clark, Wine Australia CEO, is a key reason driving up the growth observed during the period.

China is already Australia’s most valuable export market, and at the beginning of next year, the tariff will be removed completely, which is expected to provide Australian wine exporters with a competitive advantage over key producers such as France, Italy and Spain, the wine trade organisation believes.

“Mainland China has now overtaken the US to become Australia’s second largest export market by volume. Pleasingly there was very strong growth at all price points as imported wine becomes more approachable and is increasingly consumed by middle-class drinkers and seen as suitable for consumption at informal gatherings and while relaxing at home,” explained Clark.

Another highlight from the Wine Australia report is that the average value for bottled wine also set a new record at AU$5.74 per litre.

The value of total bottled wine exports increased by 15% to AU$2.15 billion, the highest value since 2009. Higher value wine exports grew substantially with exports of wine above AU$10 per litre reaching a new peak of AU$779 million for the year ending in March, said the trade organisation.

Wine exports to the US, however, dropped 7% to AU$439 million during the period, but there has been strong growth in the premium sectors especially in AU$30-49.99 segment, which increased in value by 25% to AU$5 million.

Exports to the UK, Australia’s largest export destination by volume, increased in value by 9% to AU$373 million and in volume by 8% to 241 million litres. Average value increased slightly by 1% to AU$1.55 per litre.

In the UK off-trade retail market Australian sales increased by 2% in value in 2017, maintaining the nation’s long-held number one position in the UK retail market according to market data analysts, Nielsen.

On the domestic front, Australian wine sales in the off-trade market increased by 3% in value to AU$3.5 billion in the 12 months ending on 4 March 2018, with the 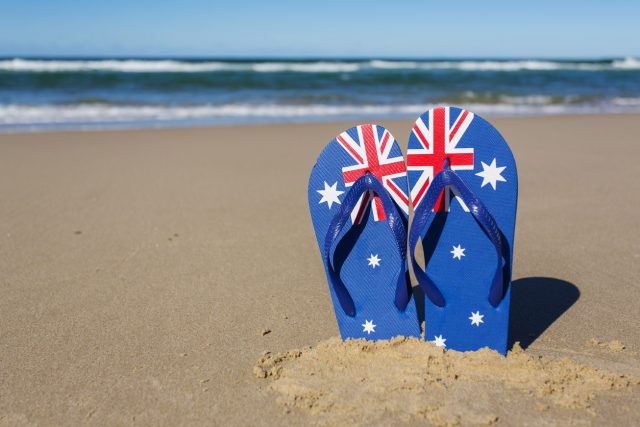 strongest growth occurring in the AU$15–30 per bottle segment according to IRI MarketEdge.

Looking ahead, Clark said excellent vintage conditions in Australia would sustain the sector’s growth as the relatively cool, dry summer had produced high-quality grapes and winemakers were excited about the exceptional quality of the 2018 vintage wines.

For bulk wine, exports are surging as well, thanks to the quality of Australian wine plus “historically low” Northern hemisphere harvests, added Clark. Bulk exports grew by 10% to 462 million litres, and the total value of exported bulk wine grew by 19% to AU$486 million.

“Every country in Australia’s top 10 bulk wine destinations recorded an increase in average value, especially Germany, the largest importer of wine in the world, where average values for bulk wine increased by 20% from AU$0.87 to AU$1.05 per litre,” Clark remarked.