A group of nine Masters of Wine visited Uruguay with the aim of learning about its viticulture. They visited wineries and tasted wines from different regions and were pleasantly surprised with the quality of the wines of the small South American country, writes Gabriela Zimmer. 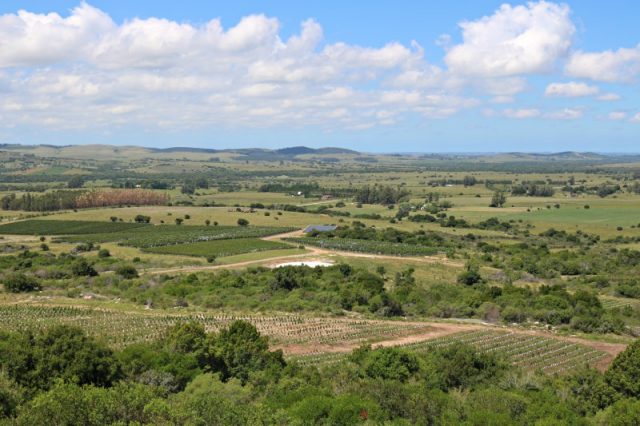 On 24-26 February, Uruguay hosted nine Masters of Wine who traveled with the aim of learning about its viticulture, about which they previously knew very little. They were invited by Wines of Uruguay (the association that reunites the exporting wineries of Uruguay) and INAVI (National Wine and Viticulture Institute), in an effort to continue the work of communication about Uruguayan wines.

They spent two and a half days visiting wineries, tasting and learning about the wine culture in Uruguay. 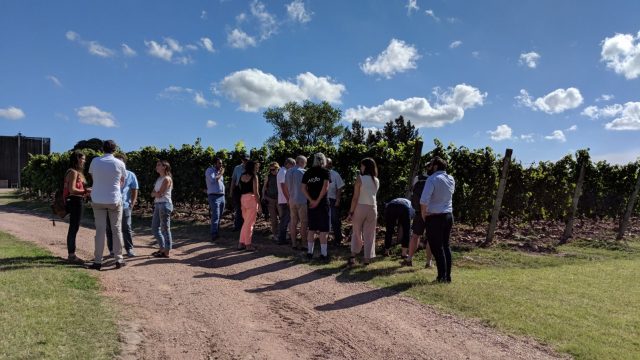 The MWs arrived at the Punta del Este airport, a popular and glamorous seaside city in South America. First they visited Viña Edén, located in the hills of Maldonado. This winery, whose first vintage was in 2013, mixes nature and modernity. The tasting took place in the restaurant overlooking the vineyards where Juan Pablo Fitipaldo, winemaker of Viña Edén, guided the tasting.

Two other wineries presented their wines in this perfect setting: Alto de la Ballena, winery also located in Maldonado, showcased its wines, represented by Paula Pivel, both the winemaker and owner.

The third winery was Viñedo de los Vientos. Pablo Fallabrino, owner and winemaker, traveled from Atlántida, Canelones, where the winery is located to present its wines.

The afternoon of the first day was dedicated to a visit to Bodega Garzón where they tasted the winery’s most exclusive line in the company of Germán Bruzzone, oenologist of the establishment. The MWs marvelled at the views from the winery out over the vineyards, and they pointed out the similarity to Tuscany, the Italian wine region. 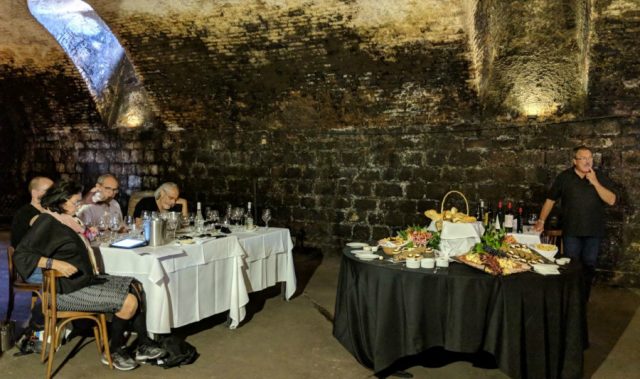 Day 2: Viticulture and wine from Montevideo, Canelones and Rivera.

The second day began with a tour of the vineyards of Establecimiento Juanicó in the department of Canelones. The session continued in the cellar of the winery for a tasting. The cozy ambience and the aroma of wood and wine created a distinguished atmosphere. The session began with the tasting of the wines of Familia Deicas presented by Pedro Pohlmann, wine tourism guide and winemaker, in the company of Paula Vila, export manager of the winery.

Then, Juan Andres Marichal, owner and winemaker of Bodegas Marichal shared his creations and detailed the characteristics of Canelones wines. Daniel Pisano, oenologist and owner of Bodega Pisano, accompanied by Nikolas Kozik, export manager of the winery, offered a tasting of different vinifications of the Uruguayan flagship variety: Tannat.

Gabriel Pisano won over the MWs with his passion for wine, presenting the fruits of his Viña Progreso winery. The last to present his wines was winemaker Santiago Degasperi, representing Viña Varela Zarranz.

Bodega Bouza, in the department of Montevideo, was the last wine destination of the visit. The MWs asked to start the tour in the Tannat vineyard near the winery. They all tasted the grapes from the vine and talked with Eduardo Boido, winemaker of the establishment, about the terroir, the Tannat and the characteristics of the climate in Uruguay. 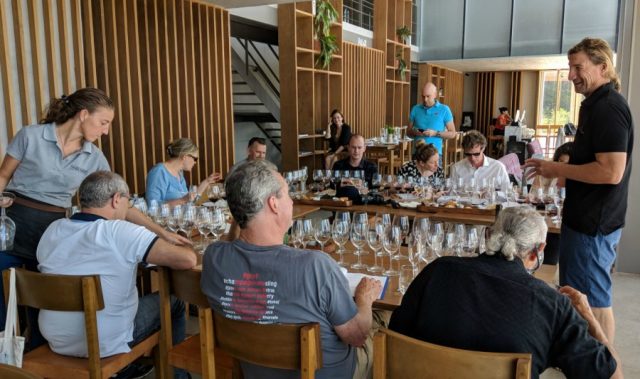 Challenges and opportunities for Uruguayan wines

On Monday at 8 a.m. the Masters of Wine were invited to a working breakfast. Uruguayan winemakers also attended, who had previously presented their wines to the experts. The object of the session was to discuss the vision that the MWs have for Uruguay and to listen to their ideas and opinions about Uruguayan wines and suggestions for the future.

The Masters of Wine highlighted the visible differences in the wines compared with their Argentine neighbours and also with Chilean wines.

“Uruguay is not an extension of Argentina, it is very different and you have to let the world know that,” said Roderick Smith MW.

The Norwegian MW Mai Tjemsland differentiated two styles of production: wines with a strong Old World profile and wines that follow the New World production trends, emphasising fruit and freshness. The opinion of the MWs was unanimous in that these last wines have more acceptance in international markets.

With respect to Tannat, they highlighted the diversity in the styles of winemaking and the knowledge of the variety. Everyone thought that Uruguay should focus on this variety as it represented a way into new markets.

The group of experts also pointed out the importance of not confusing the consumer with too many different regions and zones. Uruguay is a small country, with gentle undulations, temperate climate and Atlantic influence.

“It is imperative that the final consumer is not overwhelmed with so much information, that would be counterproductive,” said Victoria Stephens-Clarkson MW based in London.

An interesting comment that came from the American MW Patrick Farrell was that the winemakers he met in Uruguay asked for honest opinions on their wines, something rare for MWs that often have to deal with producers who only want to hear positive comments about their creations.

Uruguay is a place that is worth knowing, the world deserves to learn about the great wines, the beautiful landscapes and the rich culture this country has to offer.