Sichuan province, bordering Yunnan and Tibet in southwestern China, has been tipped by local government as the new testing ground for high-altitude viticulture, as the province’s wine industry turnover exceeds RMB 700 million (US$110 million). 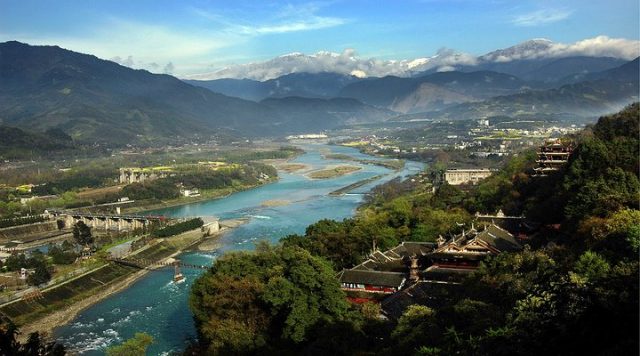 At a press conference held in its capital Chengdu on 17 March, the Sichuan government mapped out its ambition to turn the province into a prototype for high-altitude winemaking in mainland China, following the success of neighbouring Yunnan province where LVMH made its first Chinese high-altitude wine called ‘Ao Yun’.
Sichuan at the moment has about 20 wineries and 63,000 mu (4,200 hectares) of land under vine, with an annual production of 15,000 tonnes, according to the Chengdu Wine & Spirits Association.
The main wine producing regions in the province are located between 1,500 and 3,200 metres above sea level along the Min, Da Du and Jingsha rivers and An Ning Valley with the main varieties being Cabernet Sauvignon, Merlot, Cabernet Gernish, Syrah, Cabernet Franc, and Chardonnay, reported Chinese state news portal China News.
Speaking of promoting the province’s high altitude wine, government official Zhao Hui, said, “this would not only elevate Sichuan wine’s market influence, but also help bring another economic revenue for local ethnic groups and low income families.”
In terms of the province’s climate and terroir, Zhou Jingsong, head of the Chengdu Wine & Spirits Association, believes that Sichuan’s long period of hail-free days and growth cycle are unique advantages for the region, compared to Ningxia, China’s premium wine producing region in northwestern China, reported local Chinese media The Cover.
According to him, Sichuan has more than 240 frost-free days a year, and vines in the region enjoy an additional two months of hangtime compared with Ningxia and Xinjiang.
The news was announced when China’s domestic wine production has been dropping for five years now, with production in 2017 totalling only at 10 million hectolitres as a result of fierce competition from imported wines.
Sichuan has traditions of making wine but is known more for its production of Chinese Baijiu. It is the country’s biggest Baijiu producing province. In 2017, it produced a total of 4.3 million tonnes, which accounted for one third of the country’s total production.