The Wine Institute of California has responded to news of Chinese government’s proposed 15% tariff on American wine, warning that the policy could have a, “significant negative impact on the future growth of wine exports to China,” which could result in “lost market share for years to come” for American wine producers. 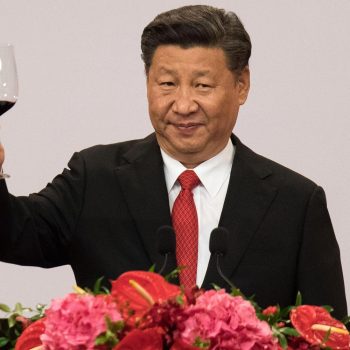 Following news from last Friday that the Ministry of Commerce is planning to impose 15% tariff on American wine as part of its retaliation against the Trump Administration’s decision last week to levy tariffs on about US$50 billion worth of Chinese imports, in a statement sent to dbHK today, Robert Koch, CEO of the wine institute, said: “Chinese retaliation against US wine would put our producers at a significant disadvantage in one of the most important markets in the world at a critical time,”

The news came at a time when American wine exports to mainland China are making notable inroads in a country that is soon to become the world’s second most valuable wine market only just behind the US.

A few days ago, the institute announced that American wine exports (97% from California) to greater China (including China and Hong Kong) were up 10% in 2017 to US$197 million. The value of American/ California wine exports to mainland China alone have increased 450% in the past decade, according to the trade association.

The timing of the retaliation on American wine, one of the 128 products that will see tariffs increase by either 15% or 25%, according to Koch, will set back the hard work by American wine producers for years when its main competitors including Australia and Chile are enjoying reduced tariffs thanks to Free Trade Agreements.

“As a result of free trade agreements, a number of our foreign competitors will soon have tariff free access to the Chinese market. This, combined with additional punitive tariffs on California wine, could result in lost market share for years to come,” he added.

At the moment, The US ranks as China’s sixth biggest wine importer following France, Australia, Chile, Spain and Italy, accounting for around 3% of the country’s bottled wine imports market, according to figures released by the Chinese Customs.

However, import value saw an impressive growth of 44% to US$75.6 million while its volume stayed relatively the same compared with last year, showing an increase in premium wine exports.

“It is incumbent upon all parties involved to resolve this dispute in a way that does not harm consumers or the hundreds of thousands of workers who rely on the wine industry for their livelihoods,” Koch stressed. The California wine industry contributes US$114 billion annually to the US economy and employs 786,000 Americans nationwide.

Interestingly, Trump himself has a winery in Virginia run by his son Eric. The winery, according to its website, is Virginia’s largest vineyard and the largest vinifera vineyard on the East Coast.

The Wine Institute of California is an advocacy association of 1,000 California wineries and affiliated businesses responsible for 85% of the wine produced in the US and 97% of all US wine exports.