While Prosecco may still be the most popular sparkling wine, UK consumers have a new-found curiosity for Crémant and New World offerings. 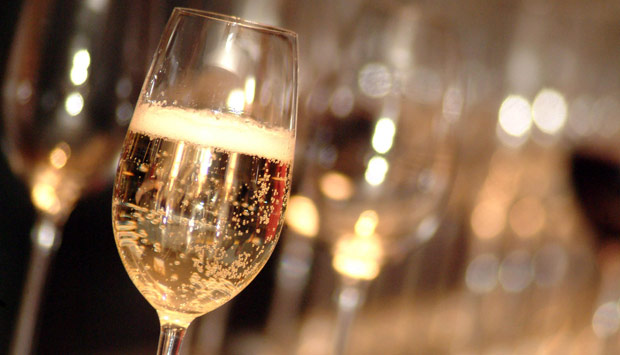 Speaking to the drinks business, Vinexpo chief executive Guillame Deglis said that sparkling wine from Argentina and New Zealand will become more visible in British supermarkets and the on-trade this year in spite of Prosecco’s overwhelming dominance in the market.

The latest figures from Vinexpo reveal that sparkling wine consumption is on the rise, with total European consumption of sparkling wine due to increase by over 7m cases, and the UK and Italy have been earmarked as the biggest fizz drinkers.

While sparkling wine consumption is predicted to rise across all categories over the next three years, Prosecco is driving the trend, with an expected market share of around 40% globally by 2021.

One of the most prominent also-rans is Crémant, which is made in similar style to Champagne, but elsewhere in France. There are now eight Crémant-producing regions in the country. Last week the Telegraph reported that Waitrose has seen its Crémant sales increase by 28 per cent on last year, peaking on Valentines Day as shoppers opted for it as an alternative to other bubbly. The upmarket grocer has also seen a 72% rise in Crémant sales compared with the whole of 2016.

However, Deglise argues that Crémant is not a threat to Prosecco, but is taking ground from its more expensive French counterpart, Champagne.

“Premium-level Crémants have certainly taken share away from premium and mid-range Champagne,” he said because it is a quite similar product but for a lower price. Plus it gives the French image that Prosecco does not.

“British consumers are also keen to discover new categories in sparkling wine, so Crémant is a good alternative.”

Nonetheless, Deglise still believes there is no sparkler that can compete with Prosecco, which has become a staple on Brits’ wine racks for its “everyday luxury” appeal.

“At the end of the day you need to see figures,” he said, “and when you compare cremant’s figures with those of Prosecco, you see that there is absolutely no competition. Prosecco is far more advanced than Crémant, and I think the Prosecco category will defend that position.”

Deglise added that fizzes from outside of Europe are also gaining ground in the UK, suggesting sparklers from Argentina and New Zealand will be the ones to watch in 2018.

“These New World sparkling wines haven’t been produced at a high level of production in recent years, but it’s picking up, particularly thanks to domestic consumption, and they now are starting to be exported.

“I am always surprised when I visit Argentina or California or Australia, by the number of labels there are for sparkling wines you can find.”