A Taiwan-based wine company has been busted by local authorities for mixing grape juice, alcohol and spices to produce fake Argentine wines which were selling for as much as NT$ 1,800 (US$61) a bottle. 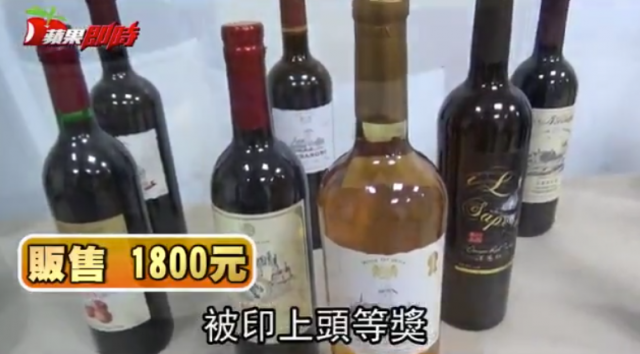 According to Hong Kong newspaper Apple Daily, over 160,000 litres of semi-finished wines and unbottled grape juice were confiscated in a workshop in Gaoxiong after a police investigation lasting over six months. During the police operation, another 18,000 bottles of finished wine were also uncovered.

The bottles have labels either stating the origin of the wines as Argentina or as bottled in Argentina. According to the report, the costs of the wines are between NT$10 and NT$20, but are sold for from NT$ 200 to NT$1,800. One white wine, called ‘Oubangni’, carries a price tag of NT$1800.

The suspects, a father and son duo, have been making these wines about 10 years ago and during that period, have expanded their wine company called Wei Li Wine Company (威力酒厂) and developed 21 distributors in seven different cities, the report said.

The father Xie Qicai, aged 65, was previously convicted for selling fake wine 14 years ago, and was sent to prison for two years. Xie, according to the report, picked up the old trade for lack of other specialised skills.