Diageo’s popular Scotch whisky brand Johnnie Walker has given its Black Label a makeover, turning its striding man logo into a woman for a ‘Jane Walker’ limited edition. 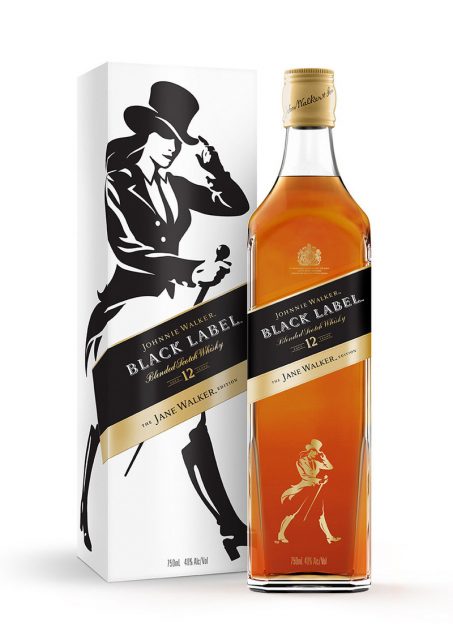 The Jane Walker logo features a striding woman wearing a top hat, tailcoat and riding boots carrying a walking cane in a female version of the original.

The move is two pronged, illustrating both Diageo’s commitment to gender equality and the drinks giant’s desire to attract more women into whisky.

For every bottle produced, Diageo will donate a dollar to organisations that promote women, including Monumental Women and She Should Run, which inspires women to run for office.

“Scotch as a category is seen as intimidating by women. It’s an exciting opportunity to invite women into the brand,” Stephanie Jacoby, vice president of Johnnie Walker told Bloomberg.

“Important conversations about gender continue to be at the forefront of culture and we believe there is no better time to introduce our Jane Walker icon and contribute to pioneering organisations that share our mission,” she added.

The Jane Walker launch is part of the brand’s ‘Keep Walking America’ push, which began in 2016 and aims to broaden Johnnie Walker’s appeal to a wider audience.

Scotch volume sales grew 2.1% between 2002 and 2017 in America, according to the Distilled Spirits Council of the US. Johnnie Walker spearheaded this growth, with an 18% increase in volume sales in the US over that period.

Diageo is looking to increase female representation internally. By next month half of its board members will be women.