Beer sales in Britain’s pubs have fallen by their highest margin in five years, according to new figures. 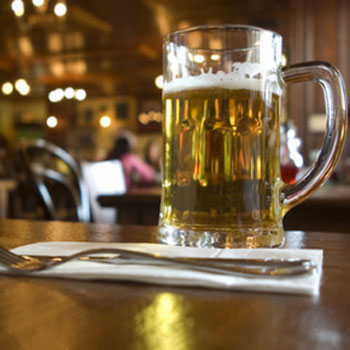 While overall beer sales rose by 0.7% in 2017, sales in pubs and bars fell by 2.4%, their highest margin since 2013 and the equivalent of Brits drinking 88 million fewer pints last year than in 2016, the latest figures from the British Beer and Pub Association (BBPA) reveal.

The industry body cited a 3.9% duty increase in March, higher operating costs for pubs including business rates increases, and sharply rising employment costs as key reasons for the drop in sales.

BBPA Chief Executive Brigid Simmonds said the latest results were “hugely concerning” for the sector, which has struggled under higher tax rates on alcohol and declining beer sales.

Beer sales have started to stabilise in recent months after years of sharp decline, helped by three, one penny cuts in beer duty from 2013-2015, and a duty freeze in 2016 which was carried over to the 2017 Autumn Statement, according to the BBPA.

“While it is encouraging to see beer sales rise slightly in 2017, it is still hugely concerning to see on-trade sales fall for the seventeenth year in a row,” she said, calling on the UK government to provide more support and cut duty rates for pub owners.

“This shows just how important the decision to freeze beer duty in the Autumn Budget was, particularly after an inflation-busting 3.9 per cent rise in the Spring Budget. Cutting beer duty is hugely important to community pubs where on average seventy percent of alcohol sold is beer.

“The Autumn Budget helped safeguard jobs, pubs and investment in a very British manufacturing industry and it is essential that the Government continues to support beer and pubs throughout 2018. Further support on duty and tackling the disproportionate rates bill paid by pubs remain top priorities for us.”